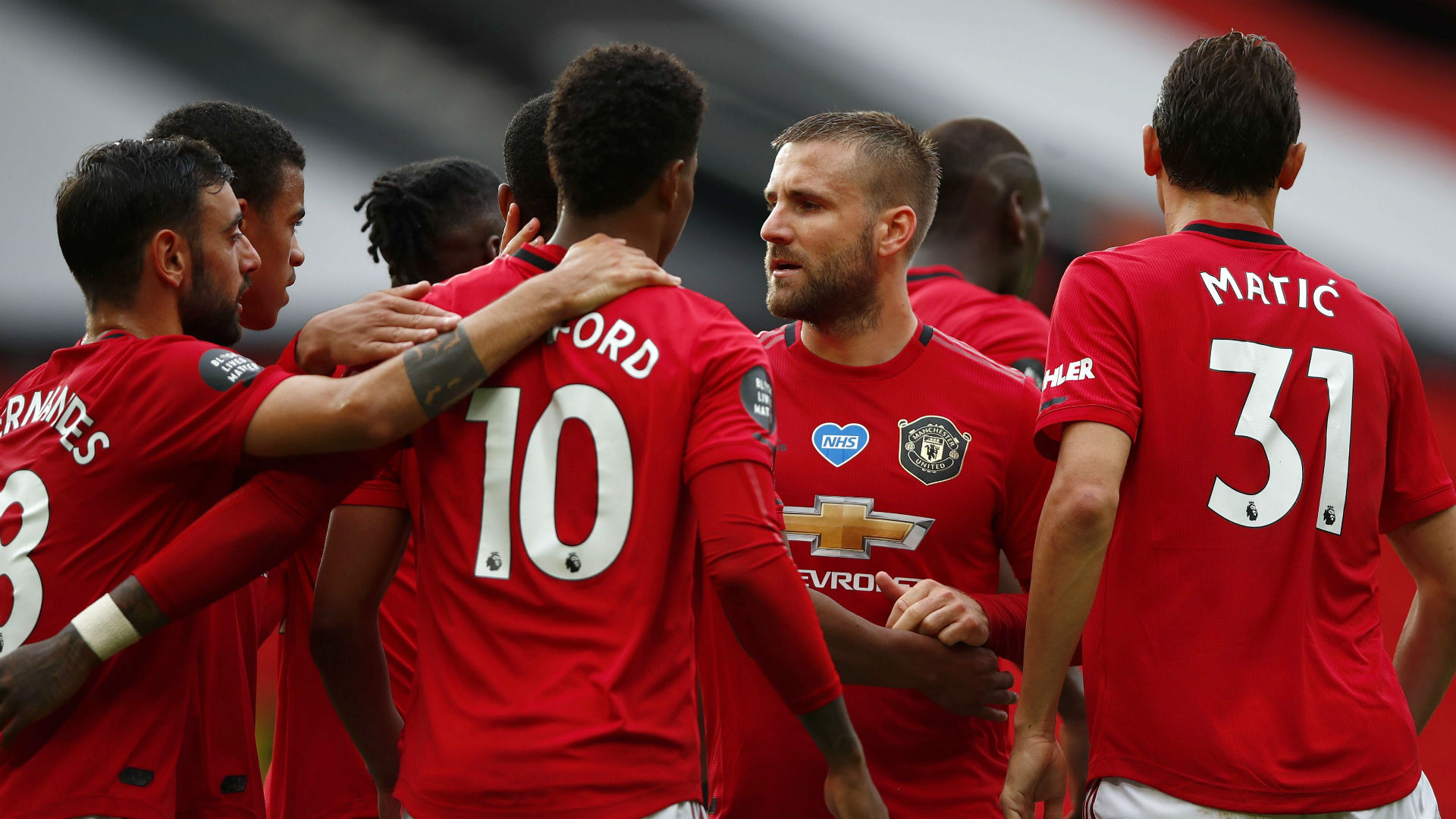 Football is never going to be the same without fans, but what this strange period of football during lockdown has done is force broadcasters to find new and interesting ways to improve their coverage. Since the season restart, we have seen a number of games share an insight into what actually gets said on a football pitch and last night, BT Sports gave United vs Bournemouth the same treatment with their exclusive #ListenIn highlight reel. Here are five things that caught our attention.

Despite the switch off for Stanislas’ goal in the opening 15, in truth, it came against the run of play and United looked even more confident and conducive than in the previous game. It’s no secret that man of the match, Bruno Fernandes has been instrumental in striking up this kind of climate at the club again and after helping getting 3 goals back in the following half-hour, Ole had just four words for the ‘Portuguese Magnifico’ as they stepped out for the second half: ‘come on, same again’.

It’s been a while since United have gone a goal down and haven’t looked shook in the immediate aftermath, but thanks to the dynamic Fernandes has brought back into the team, I don’t think there was a second where Reds thought we weren’t getting back into the game or that we’d given ourselves a tougher task. I took us just under a quarter of an hour to get an equalise and once we did, the floodgates were open. Even prior to conceding, we were constantly threatening, and I think Bruno has given every one of those forward players, in particular, some much-needed revitalisation.

Teams are wary of that front six in the box

Speaking of which, I can’t remember the last time we had a front six, as it were, that looked this impressive – you’d probably have to go back to that last title-winning side in 2013. ‘The Triple M’—Marcus, Martial and Mason—is looking like a generational forward three, but part of the reason they look so potent in attack is because of the increased levels of penetration not only since Bruno’s arrival, but even more so with the return of Paul Pogba as well.

Having so many goalscoring options in and around the area is always exciting for us fans, but for opponents, it is genuinely becoming a source of fear. One of the best snippets from last night is in the build-up to Greenwood’s second, as Rashford and Martial cause chaos among the Bournemouth defenders, who simply start shouting ‘don’t foul!’ (as well as some flustered expletives) and try to ride out the panicky passage of play. Our offensive play is looking so fluid now, especially in the box, that some defences are having to simply cross their fingers and pray they don’t give away a foul.

Now we’ve mentioned it, just how good was that goal from the 18-year-old? His equaliser was a solid strike assured by plenty of power, but his second was a truly top-class, intelligent finish for someone so young. Not only does he do well to get a shot off from that angle, feinting to distance Rico and give himself an extra yard of space and time, but to do so with his outside foot and shoot across the keeper into the far left corner was sublime.

As the audio runs on, you can hear one of the Bournemouth defenders warning Rico: ‘don’t let him turn’. Unfortunately for Eddie Howe’s men, they clearly hadn’t received the memo everyone else had, or else they would have heard Ole and several other members of United’s coaching staff marvelling over how Greenwood genuinely doesn’t have a week foot. If you still need convincing, you only need to watch this compilation of him scoring free-kicks with both feet.

We could talk forever about just how Bruno’s impact has been—for instance, he’s been mentioned on this list already!—but one of the most exciting things we have seen is the relationship he is starting to develop with Paul Pogba. We’d all been eagerly waiting to see how the two would link up and now, five games into the restart, there is clearly a common creative language being struck up there. Bruno isn’t just shining in his own right: he’s helping bring Pogba back to form.

Not only did he assist two of the goals on the day, but his beautiful curling free-kick put the icing on the cake of United’s five-goal thrashing. Ironically, it was what we didn’t hear in this moment that was of interest, as the camera lingered on the two as they stood over the ball and Pogba was clearly advising Bruno whilst covering his mouth. The Frenchman teased fans after the game with an Instagram post and while we may not have heard it, it’s clear the pair are planting more and more ideas in each other’s heads with every minute shared.

Ole had a word or two for Ake

Lastly, perhaps some cause for speculation? As the final whistle blew and the teams went round giving pats on the back and sharing social distancing arm bumps, Ole made an effort to go on and commiserate, or perhaps congratulate, Bournemouth’s Nathan Ake. Walking over to the Dutch defender, he began the exchange by simply saying ‘good luck’, before seemingly vindicating his performance by reassuring him that ‘you need a bit of luck from your centre backs, just keep going’.

Ake remains one the Cherries most astute purchases and despite struggling this season, the problem has mainly been at the other of the pitch and defensive issues certainly can’t be laid at his feet. Lindelöf’s substitution is said to have been due to a back injury and although Bailly is actually fit for once, this wasn’t one of his best showings. Aside from giving away a penalty and still lacking match sharpness, many still believe Bailly should start alongside Maguire, but although it was only a quick word, could there be any stock in Ole looking to bring in one more to bolster his defensive options?