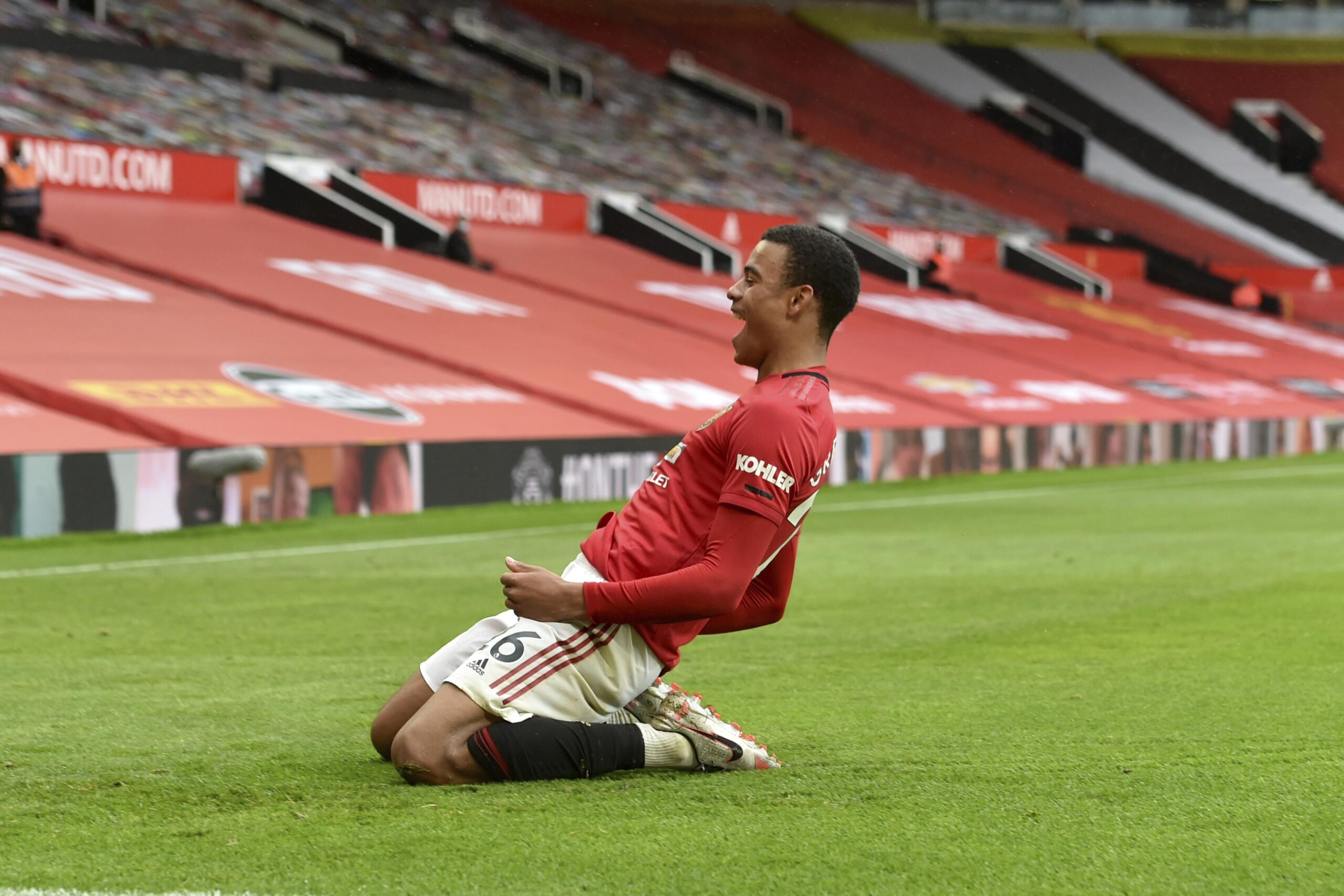 Manchester United produced a scintillating display to temporarily move into the top four of the Premier League.

Bournemouth took a shock lead in the game but United’s reply was emphatic and that of a big club there to bully their minnow opponents.

Questions should and will be asked of United’s defence and Bournemouth have somewhat laid a blueprint of where opposition can hurt United in the future but the attacking play of United is the best that the Old Trafford faithful have witnessed for many years.

Although they are unfortunately not at Old Trafford, not even in the best of times under José Mourinho or Louis van Gaal were United this good in front of the opponents goal.

Goals from Greenwood, Rashford, Martial and Fernandes put Eddie Howe’s team to the sword as United continue to chase down Chelsea and Leicester.

David de Gea: 4
Not entirely at fault for Bournemouth’s opener but leaves his near post way too open and repeated the mistake in the second half. Danjuma hit the post that time around but his mistakes are coming very frequently and will worry Solskjær.

Aaron Wan-Bissaka: 7
United’s best defender on the day and almost got his fifth assist of the season. What would have been United’s sixth, Rashford’s second, was offside by an inch or two.

Victor Lindelöf: 6
At half-time, United’s best defender. Looked sharp and rarely looked out of place. Substituted at half-time – Solskjær confirmed that Lindelöf went off with a back problem.

Harry Maguire: 3
In a game where a lot of the headlines will go to Mason Greenwood and United’s attacking figures, Harry Maguire played his worst game in a United shirt. Not concentrated, constantly out of position and poor decision making. Bournemouth’s first goal comes from the defender being out of position and then being completely done by Junior Stanislas’ simple move.

He almost gifted Bournemouth another goal in the first half with a stray pass and the same in the second half. The captain will be wanting to forget about this one as soon as possible.

Luke Shaw: 6
Out of position at times but contributed well going forward. Had more of a central role this game and hit the post in the second half after latching onto a trademark Hollywood pass from Paul Pogba.

Nemanja Matic: 7
The Serbians passing was very sloppy at times but where United left space in midfield, Matic was there to sweep up. Substituted in the second half.

Paul Pogba: 9
A bit of an iffy start for Pogba with the first 10-15 minutes probably the worst for every player on the pitch – at least the ones who wore red. But the Frenchman recovered and was vital in United’s smooth, calm and penetrative attacking play. What a difference he has made since coming back from injury.

Played 90 minutes for the first time since football resumed and that will do him the world of good. His late free-kick curled a little too much but it would’ve capped off a near flawless afternoon for Pogba.

Mason Greenwood: 10
We are running out of superlatives to describe this young man who is making great strides in his Manchester United career. The young forward scored two on the night and looked disappointed to be substituted – you wouldn’t have bet against him getting his hat-trick!

The first goal was a brilliant, venomous left-footed shot to get United back in the game. The second was better, however, as he received the ball from Matic after some relentless United pressure, Greenwood lashed a right-footed shot into the far top corner.

He started on the bench against Tottenham in United’s first game back but has worked his way into a team which he now finds himself as a clear starter in.

The two goals meant that he has now scored 15 goals in all competitions this season and that’s some accomplishment from an 18-year old.

Bruno Fernandes: 10
If you stopped watching after 20 minutes, you might’ve been saying that Fernandes wasn’t reaching the heights of the Brighton games. But Fernandes did just that and a little more. And still there is a feeling that we haven’t seen the best of United’s Portuguese maestro.

Two assists, one magnificent free-kick and constantly United’s biggest threat down the middle.

Marcus Rashford: 8
Rashford finally reached the 20-goal mark and that’s probably what his target was for the season. At least that’s what fans were asking for, someone to score 20 goals and not many thought Rashford would be that man.

But he has, like many others in this United team, proved people wrong. It was a brilliant performance from Marcus and his penalty looked to have taken weights off his shoulders – the winger was immediately more involved.

Anthony Martial: 8
It’s been a while since we saw Martial curl in from the left-hand side and put one in the far corner. Mostly because he has switched to a more central role but his goal, United’s third, was sublime and was vital to put United two goals clear at the time.

United fans were asking for a player to score 20 goals in a season and they now have two. Martial was the second Red to reach the landmark for this season and there could yet be a third, with Greenwood on 15 goals.

Martial was constantly involved going forward and has seems to have telepathic connections with just about every player at United. Very, very promising.

Bench:
Eric Bailly
A hysterical start as he was introduced at half-time. The defender comically flailed his arms to gift Bournemouth a penalty in the opening minutes of the second half. The pass from Matic was not very good at all but the Ivorian must control it better. Wasn’t overly bothered for the remainder of the half.

Fred
The Brazilian, who looks to have lost his place in the starting eleven – perhaps a bit harsly – made a good cameo with some very nice forward strides.

Fred won the ball in midfield on numerous occasions and even almost scored late on.