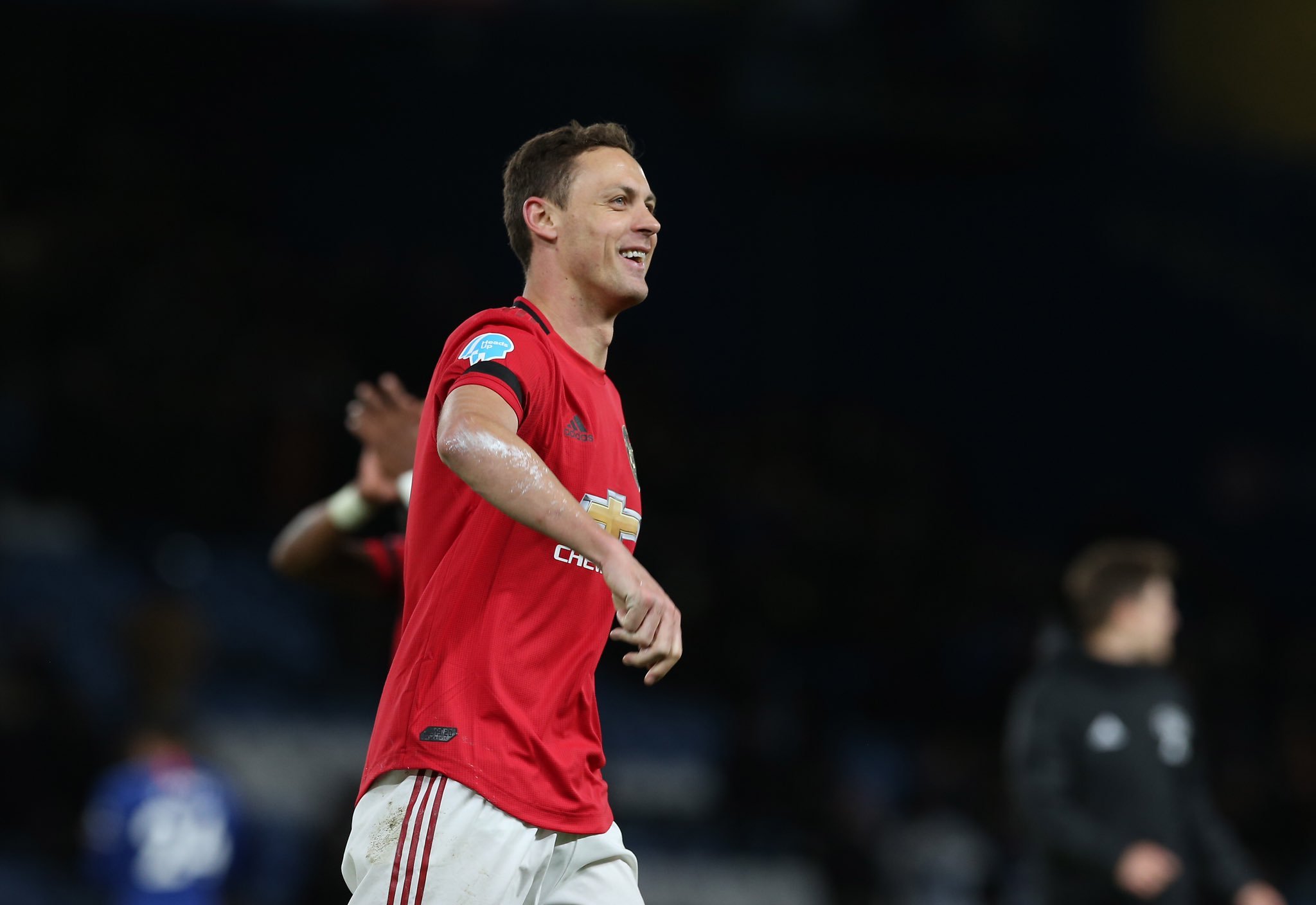 The role that a holding midfielder plays in a well balanced team does not get spoken about enough. It’s probably the least flashy job on the pitch, but it keeps things ticking. It prevents a side from being top or bottom heavy.

Playing in that exact role and doing it to the level that he has been recently has earned Nemanja Matic a two-year extension to his stay at the club.

The midfielder didn’t shy away from expressing his excitement at being a part of the exciting project spearheaded by Ole Gunnar Solskjaer, and the boss himself was very pleased to have been able to retain the services of an experienced player in his youthful side.

“I am delighted that Nemanja has signed a new contract,” Solskjaer told the clubs website. “I know his experience, professionalism and leadership will be invaluable to this young talented group.

“We have great strength in midfield and Nemanja’s attributes are a key part of that. Nemanja has been here for three seasons now and really understands the values of playing for Manchester United.”

But the road to this point hasn’t always been golden-plated for the 31-year-old Serb. Having signed for United during Jose Mourinho’s tenure back in 2017, the role that Matic is a specialist in has never really been a necessity on the pitch prior to perhaps as recently as Bruno Fernandes’ arrival combined with Paul Pogba’s return from injury.

Matic is the kind of player that will always keep his hand on the pulse, control the tempo and be that assured figure in front of the back line.

Asking Matic to sit back, press high and look to counter was a little like trying to fit a round peg into a square hole; it just didn’t work. And with time, United’s No. 31 began to look a shadow of himself over the last couple of years — just like United as a club under Mourinho.

However, United’s recent performances under Solskjaer, a club legend who has put his neck out on the line in order to try and steady the ship and bring it back onto the right course, have called for a player of Matic’s mould.

With two midfielders as technically gifted and as creative minded as Bruno and Pogba, adding a third architect in behind them would not have worked. There were enough questions asked in regards to whether the above two could play together as it was. Early signs show that they absolutely can, but a lot of credit for that has to be given to the man in question here. Matic has been the catalyst.

The turning point for the Serb this season was Chelsea away back in February. It was the first time he got to line up alongside Bruno in the Premier League and the resulting 2-0 win was a huge spring during United’s current unbeaten run of 16 games in all competitions. In the league, that run stands at eight (6 wins, 2 draws).

For Matic personally, that was his first league start in 26 days. His last outing prior was that calamitous 2-0 home defeat to Burnley. It was a rough patch for the Reds during which at one point it seemed like Solskjaer’s job security might have been questioned too.

But the club as a whole pulled it together and started to turn their collective fortunes around. And that return against his former employers was the first building block on Matic’s way to regaining Solskjaer’s trust as the midfield enforcer.

Matic has looked as close to his best as we had ever seen him in United colours since. He’s averaged a WhoScored rating of 7 or above in every league game after Feb. 17, bar one, which was the post-lockdown substitute appearance against Tottenham.

The pre-lockdown Matic was showing glimpses of what he’s capable of. Flashes of the controlling midfield anchorman that United eagerly signed from their league rivals. But post-lockdown Matic has turned it up another gear.

An integral part of United’s newfound star-studded midfield, Matic has averaged a 93% pass accuracy in all four league games with United taking charge of a lot more possession since the restart. Contributions in ball retention though are one thing, but Matic’s astute decision making that perfectly compliments Pogba and Bruno has also been a huge factor in his resurgence.

The Serb now plays in a role that doesn’t require him to do anything that he’s not comfortable with or not good at. Of course, contributions such as the quick interception followed by an assist for Mason Greenwood’s second against Bournemouth are always welcome, but that’s no longer what’s expected.

Matic’s job now is to be a peacemaker at the back and get the ball into the feet of those who are employed to create, score and do the fancy work.

For some, that holding role is not rewarding enough. But its contribution to a team as a whole is priceless. It’s a role that more often than not does not register on any stat sheet as Matic doesn’t account for a whole lot of tackles and interceptions — but it is a role that keeps things moving.

Matic’s teammates know they can rely on him to carry out those duties because he possesses the necessary leadership skills and an excellent footballing brain.

The Serb reads the game of football like not many other footballers do. Knowing when to slide over, when to drop back, when to turn up the tempo, when to pass it short, when to go longer instead — you could go on with these attributes forever — takes a lot of skill and knowledge. It takes a true commander to be able to sit back and be that silent leader that doesn’t need to be on the back pages weekly in order to get fulfilment from their contributions. But the fans see it.

The general consensus on social media is that Matic has fully earned his extended stay at Manchester United. His true value to the club is now finally being realised as he gets to be part of a midfield that is capable of winning football matches, and United’s No. 31 is once again being looked at as someone who can be a leader on this club’s road back to glory.