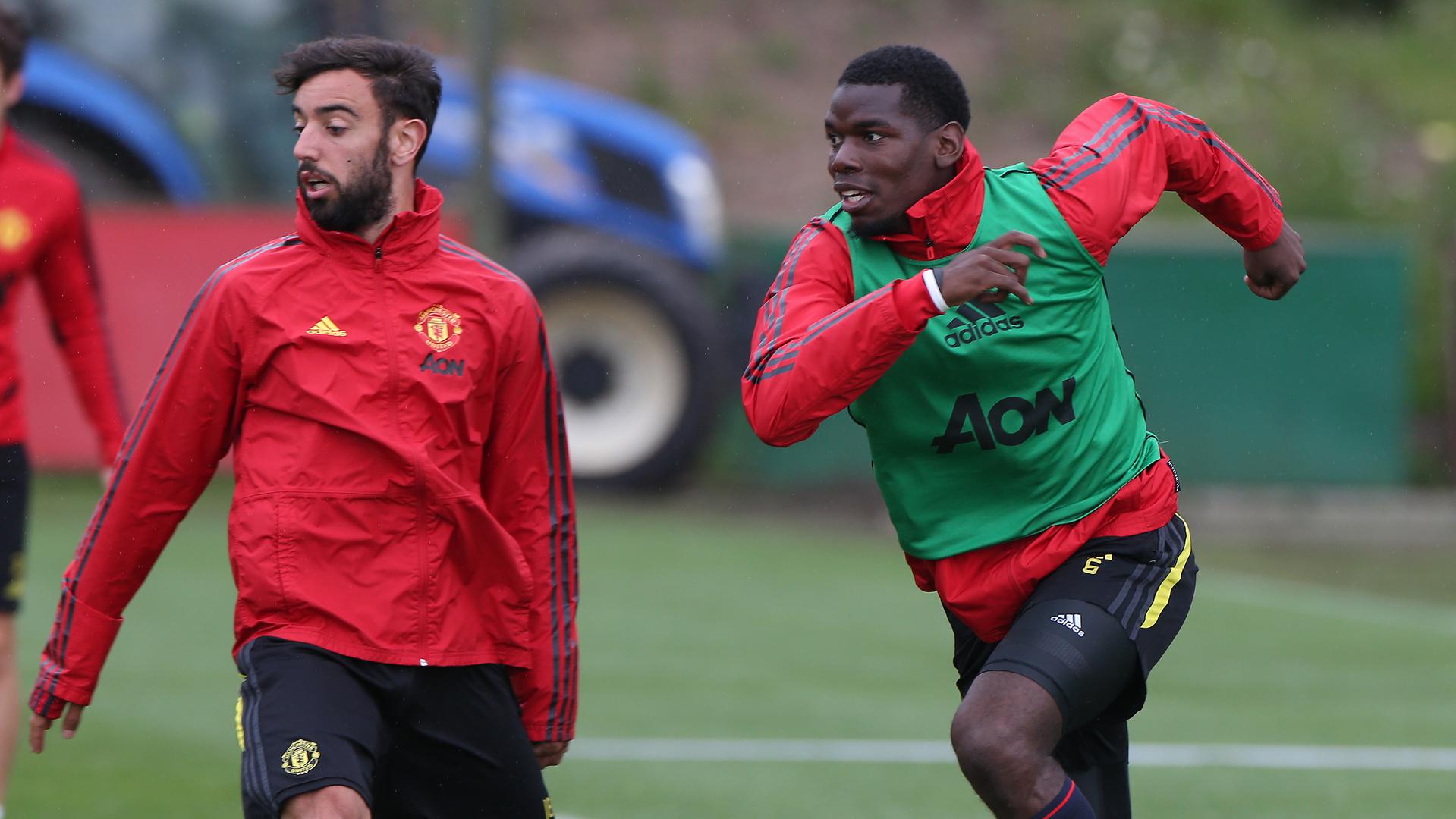 Scott McTominay signed a new five-year deal last week and Nemanja Matic’s new three-year deal was confirmed earlier this week – but Manchester United could be securing the futures of their entire midfield soon.

Bruno Fernandes’ January move meant that the Portuguese international signed a five-year deal with an option of a further year and according to new reports, United have started to work towards a new contract for Paul Pogba as well.

Pogba’s contract is due to expire next summer but United have an option to extend it until 2022 – an option the club are yet to exercise.

According to Manchester Evening News, the club have made Paul Pogba a priority out of eight players out of contract next year.

The publication claim that Solskjær is hopeful of the Frenchman agreeing to sign a new deal at Old Trafford.

Mino Raiola, Pogba’s agent, has been more than vocal in the past 12 months and has publicly admitted that the Frenchman wants a deal. The Italian superagent insisted that he wanted the former Juventus man to move to Real Madrid last year.

But exit talks never began as United held their ground and The Telegraph now claim that Ole Gunnar Solskjær is growing more confident that Pogba will commit to an extended stay at United.

James Ducker of the publication says that United’s focus on keeping Paul Pogba could impact the clubs summer transfer plans, with a move to bring Jack Grealish to the club looking more and more unlikely.

The briefing in English press was clear but the claims were backed up by Italian journalist Fabrizio Romano. The transfer-guru is known to have reliable inside information at the biggest clubs and the Guardian writer confirmed that United had began talks with Pogba over a new deal.

Romano says that Mino Raiola and United are in talks but that the Frenchman entourage are yet to receive a first offer – there is no agreement yet.

The Paul Pogba rollercoaster will continue and there will for sure be more developments in this extraordinary U-turn.