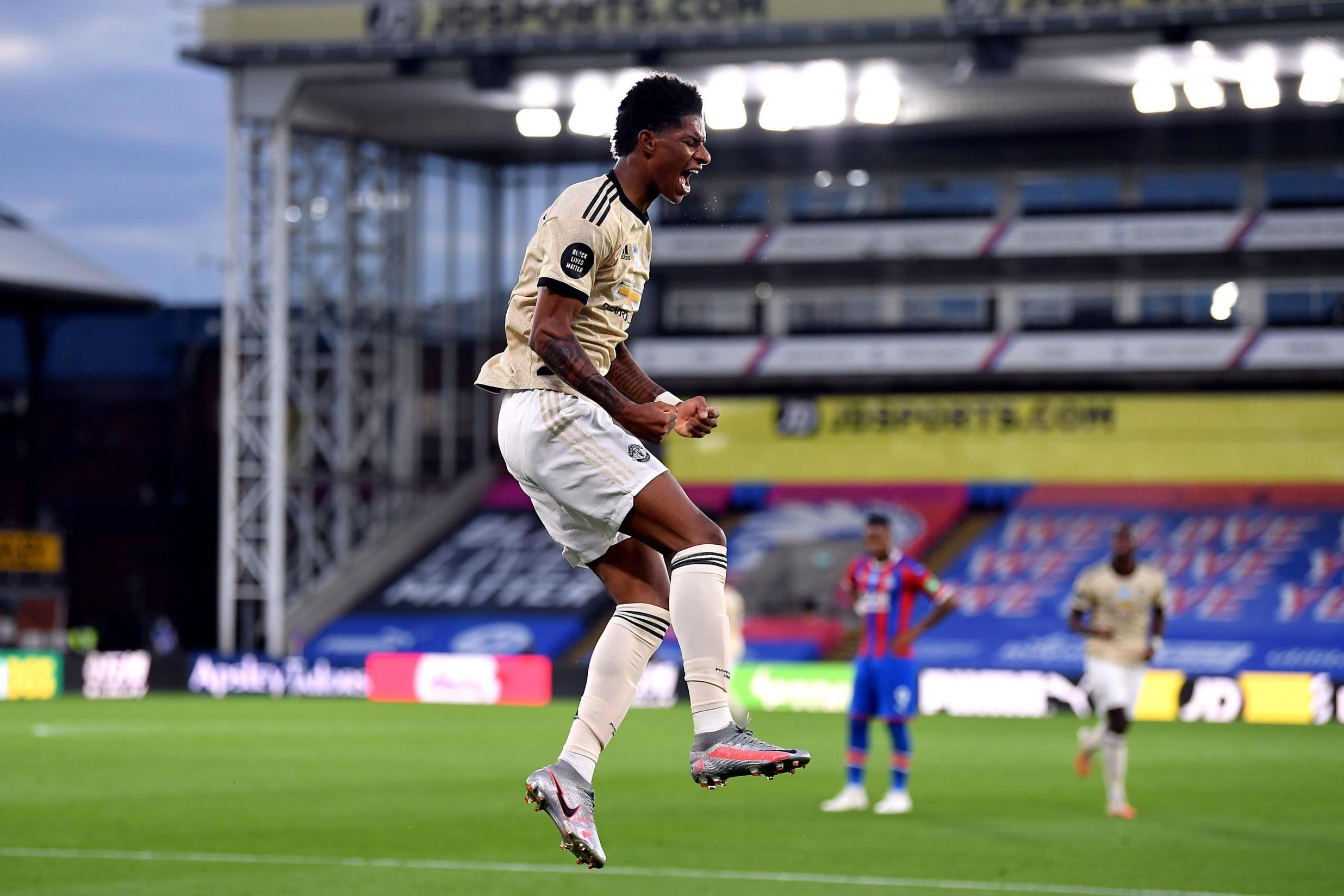 Goals from Rashford and Martial ensured that United remain level on points with Leicester as the season draws to a close. The race for top four looks like it will go as far as the final day of the season but next season’s Champions League fate remains in Ole Gunnar Soskjær’s sides hands.

Ole made two changes to the side which drew with Southampton. Fosu-Mensah was given the chance to prove himself and McTominay replaced Nemanja Matic.

David de Gea: 8
It was not an easy and quiet evening for David de Gea at the back and his performance was worthy of the clean sheet. It was his 112th in a United shirt and the Spaniard equalled Peter Schmeichel’s record of most clean sheets in the clubs history.

Aaron Wan-Bissaka: 8
Booked in the first half but Wan-Bissaka’s return to Selhurst Park was a good one. Wilfried Zaha seldom took him on but Wan-Bissaka handled his duels well whenever he was tasked with them.

Victor Lindelöf: 8
Probably should have been punished for a sloppy tackle on Zaha just before Rashford’s opener, the Swede got away with it but Lindelöf was superb throughout the game. Knew when to push, hold and back off and executed it very well.

Harry Maguire: 7
Suffered a scary knock in the first half but was deemed well to continue. He’ll be wondering how he didn’t score after dominating Mamadou Sakho at every set-piece. Some very good tackles and a good outing.

Timothy Fosu-Mensah: 7
First appearance since May 2017 for Fosu-Mensah, also in a 2-0 win over Crystal Palace, the Dutch defender did brilliantly considering the circumstances.

Fosu-Mensah was thrown into the deep end after both Williams and Shaw suffered injuries against Southampton. The young defender, who is originally a midfielder, will be hoping that his injury problems have been left behind.

Scott McTominay: 6
Offers more energy in midfield than Nemanja Matic and he did manage one or two good passes cutting through Crystal Palace’s defensive lines but he is unable to do it as often as Matic. Substituted after 62 minutes.

Paul Pogba: 6
Nothing spectacular but it shouldn’t be expected of someone who is playing so deep. The Frenchman did his job but was let down by the lack of movement in front of him.

Pogba could be seen telling him his teammates to be more fluid on numerous occasions.

Bruno Fernandes: 6
Played a part in both goals but it was probably his worst performance since joining United. Ridiculously sloppy at times with his passing and pressing.

Marcus Rashford: 8
It seems like his post-coronavirus ‘goal drought’ was in fact just down to lack of match fitness because Rashford has truly returned swinging. A goal, an assist and United’s focal point in attack – the young winger was vital in the clubs penultimate away game of the season.

His goal in particular was especially easy on the eye as he feinted a shot with his left foot, fooling three Crystal Palace players, before easily passing the ball into the far corner.

Wilfried Zaha was clinging on to Rashford late in the game but the red and blue backpack will be envious of Rashford, who has comfortably achieved what the Ivorian failed to do at Old Trafford.

Anthony Martial: 9
Tirelessly pressing and through United’s static first-half play, Martial was the only played constantly making runs and trying to make something happen with his movement. He was nicely fed through on goal by Rashford in the second-half as he put the final nail in the Crystal Palace coffin.