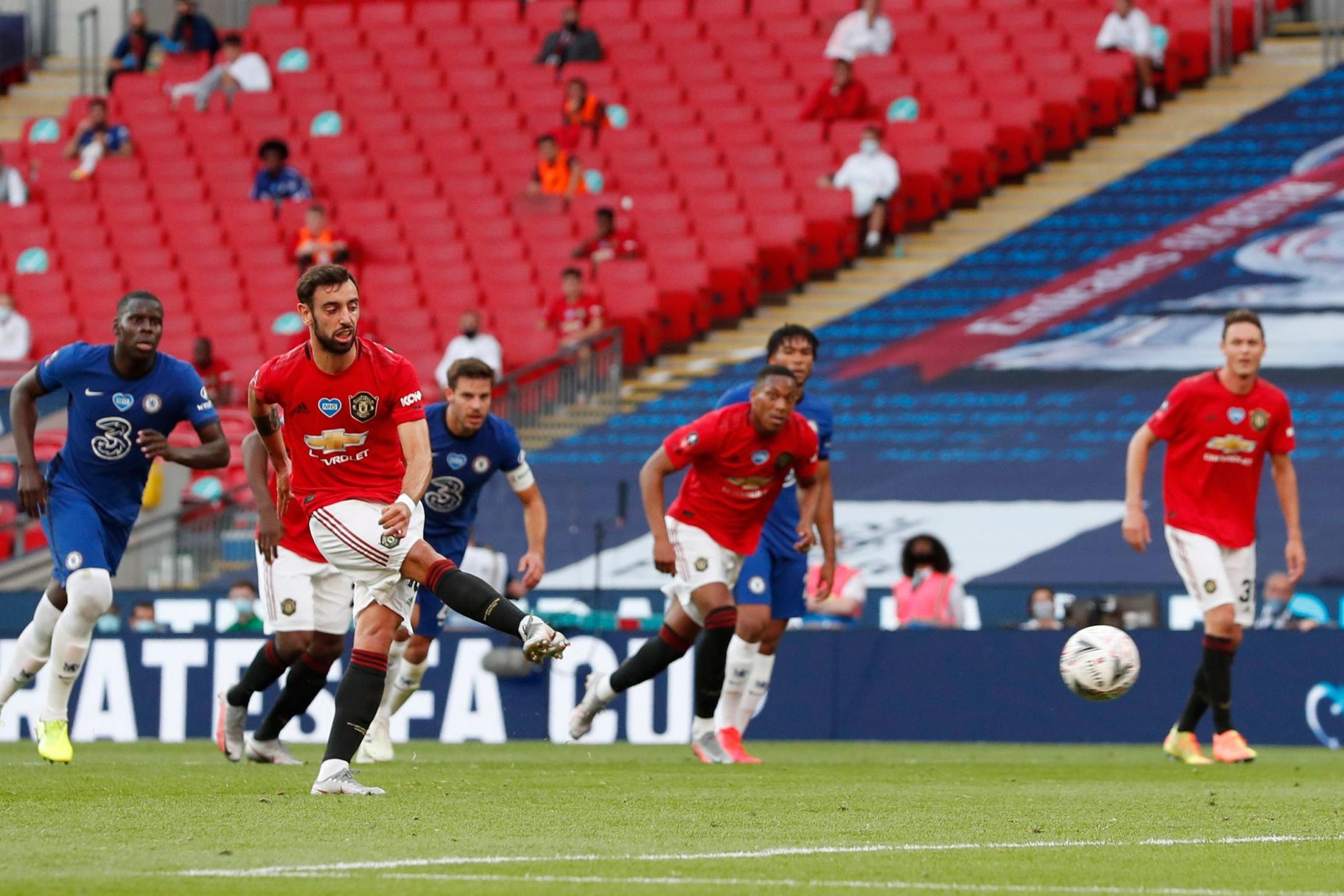 Manchester United travelled to Wembley on an 19-game unbeaten run and full of confidence before facing Chelsea for the fourth consecutive year in the FA Cup.

Solskjær named a much changed team to the one which won 2-0 at Selhurst Park less than 72 hours ago. Sergio Romero, who has been a mainstay between the sticks for United in cup competitions for the best part of four years, was not given the chance to record his 40th clean sheet in his 60th appearance.

The Norwegian manager fielded a three-at-the-back system for the first time since beating Manchester City at home pre-lockdown but it was soon to be undone after a series of stoppages late in the first half.

Brandon Williams returned after overcoming that nasty blow to the eye against Southampton, whilst Daniel James was given the nod for just the first time since the first game back against Tottenham.

Fred also started alongside Nemanja Matic, replicating that five-man midfield which impressed in the 2-0 win over Manchester City.

The first half is probably the longest FA Cup semi-final ever, with Mike Dean not calling for the interval until the clock had reached 58 minutes.

The extended first period was caused by a series of collisions which saw Eric Bailly substituted – hopefully he will recover from the blow after colliding with both Kurt Zouma and Harry Maguire.

Manchester United, who had just one shot on target in the first half, struggled to deal with Chelsea’s high press – a blueprint laid by Southampton last week and executed by both Crystal Palace and Chelsea recently – allowing the London side restrict United to passing the ball in safe areas only.

Fernandes’ free-kick was the closest United came to an opener before Olivier Giroud capitalized on lazy defending from Solskjær’s centre-backs to get a toe on Cesar Azpilicueta’s cross.

The second half proved to be United’s worst in a very long time as the side in Red completely capitulated right from the word go.

Brandon Williams’ sloppy pass was the first in a string of errors which saw David de Gea more or less throw Mason Mount’s effort into the goal.

It was then Harry Maguire’s turn to makes matters worse as he turned in a cross from Marcos Alonso into his own goal.

The comical second-half showing meant that United’s 19-game unbeaten run came to an end and were knocked out of the FA Cup – the third time in four seasons against just Chelsea.

Manchester United looked tired against Chelsea and the blatant showing of fatigue couldn’t have come at a worse time for United as they chase down Leicester and Chelsea for a spot in the top four.

The manager seemingly accepted defeat towards the end of the game as he brought on Fosu-Mensah and Ighalo in place of Wan-Bissaka and Rashford with rougly 80 minutes played.

Next up for Manchester United is West Ham on Wednesday as they once again have the chance to move into the top four of the Premier League.

Leicester’s 3-0 defeat at Tottenham on Sunday means that United could put themselves in a great position to finish in a Champions League place.

The Foxes currently sit above United on goals scored this season but goal-difference could be the deciding factor as the season is curtailed.