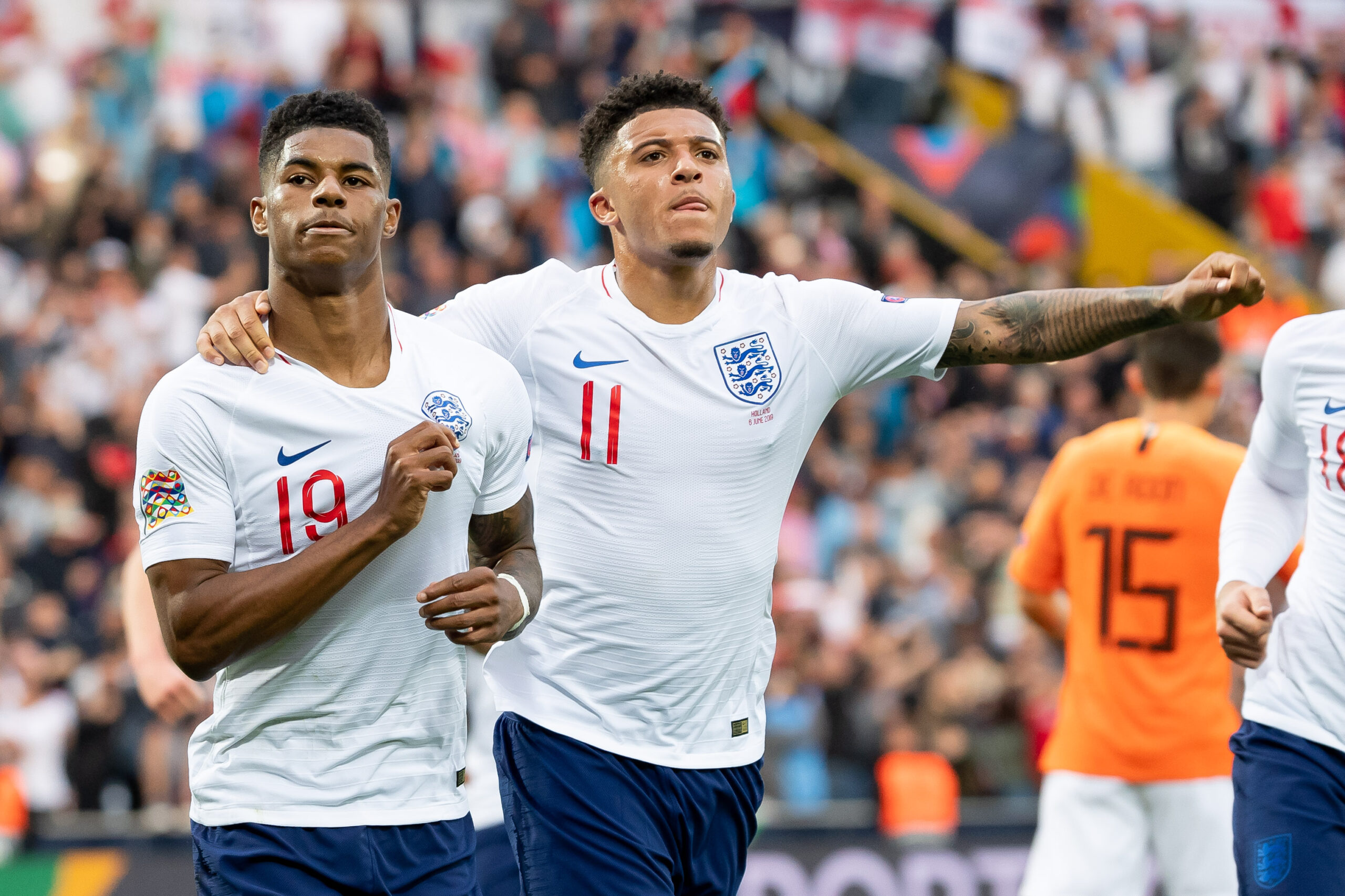 Last summer it was Harry Maguire and it’s looking like this years summer transfer saga will revolve around Jadon Sancho’s return to Manchester.

The England international has been on vacation since Dortmund’s final league game on June 27 and the decision to limit the winger to substitute appearances for the German clubs final two games only put fuel to fire in the Jadon Sancho transfer merry go round.

Manchester United secured a place in next seasons Champions League with a 2-0 victory at Leicester on Sunday, which will undoubtedly benefit them in their pursuit of the 20-year old.

With 17 goals and 17 assists in 32 appearances this season, Sancho’s numbers are those of a world-class player and could he be the next cog in Ole Gunnar Solskjær’s machinery.

According to Bild, Manchester United have had a £89 million bid for Sancho rejected by Dortmund. The German tabloid say that Dortmund are demanding £109 million for Sancho and that United are expected to back with a second offer.

Bild say that United ‘are now serious’ about completing the transfer after making the Champions League and that Dortmund are ‘preparing’ for his departure.

Claims that Dortmund are expecting Sancho to leave are backed up by Kicker, who say that whilst they still want more than €100 million for the winger, it is believed that Manchester United is Sancho’s ‘dream destination’.

Dortmund players are due back to training this week and Michael Zorc, the clubs sporting director, is expecting Sancho to report back as normal on Thursday.

ESPN claim that Manchester United will now push on to complete the signing of Sancho after finishing third in the Premier League.

The outlet say their source have confirmed Kinglsey Coman as an alternative to Sancho.

The reports from German media were however swiftly dismissed by journalists in the UK.

James Ducker, Northern football correspondent at The Telegraph, insists that there has not been any formal contact between the two clubs over a transfer yet.

One thing is clear however, and that is United’s interest. The transfer window is now officially open and a deal could be struck soon but with United’s season possibly not ending until the end of August, this is a deal which could very well go down to the wire.

This summers transfer window will end in the first week of October.