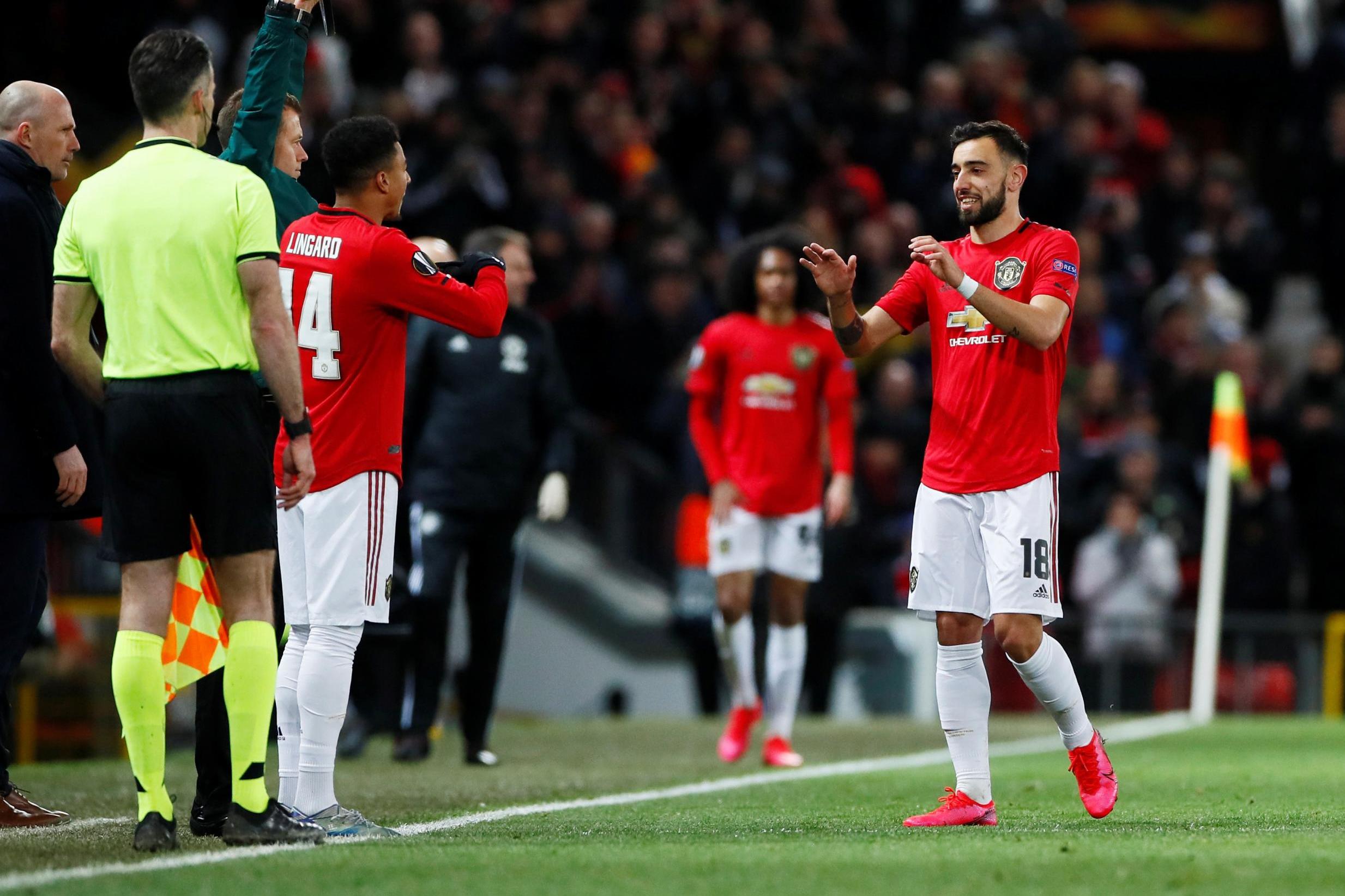 Bruno Fernandes’ impact on Manchester United’s season must not be understated. It’s clear that the signing from Sporting has added not only a new dimension to United on the pitch, but his leadership qualities have helped the squad find their way in an otherwise astray season.

One of many players who were relied on to be United’s main men going into the 2019/20 season was Jesse Lingard but his struggles this term have added to an already challenging couple of years for the midfielder.

Lingard has had to deal with his mother falling ill which in turn meant that he took on full custody of his two younger siblings. It all coincided with the 27-year old becoming a father for the first time.

His struggles have not been limited to on-pitch action and it is clear that a player who was key to England’s successful 2018 World Cup run, has been unfairly treated by many.

Lingard scored his first Premier League goal since late 2018 against Leicester on Sunday. You could tell the relief he must have felt when he pounced on poor footwork from Kasper Schmeichel.

On very few occasions have every single player looked so eager to celebrate with the goalscorer. The United players sprinted towards Lingard, and that includes David de Gea who made a 100-metre sprint to join in on the celebrations.

Bruno Fernandes spoke after the game and showered praise on United’s number 14.

“Of course after when Leicester are behind they try to attack because they need to score twice but we did very well, we defend well and you see in the last minute we never stop the fight and Jesse doing an amazing job,” Fernandes said after securing Champions League football.

“Of course it’s a mistake from the keeper also but if Jesse doesn’t go there the goal doesn’t come so it’s for this we work. For me Jesse deserved this goal because for what he works all week, for all the comments every one is saying about him and other players because they don’t play too much or they don’t play good enough.