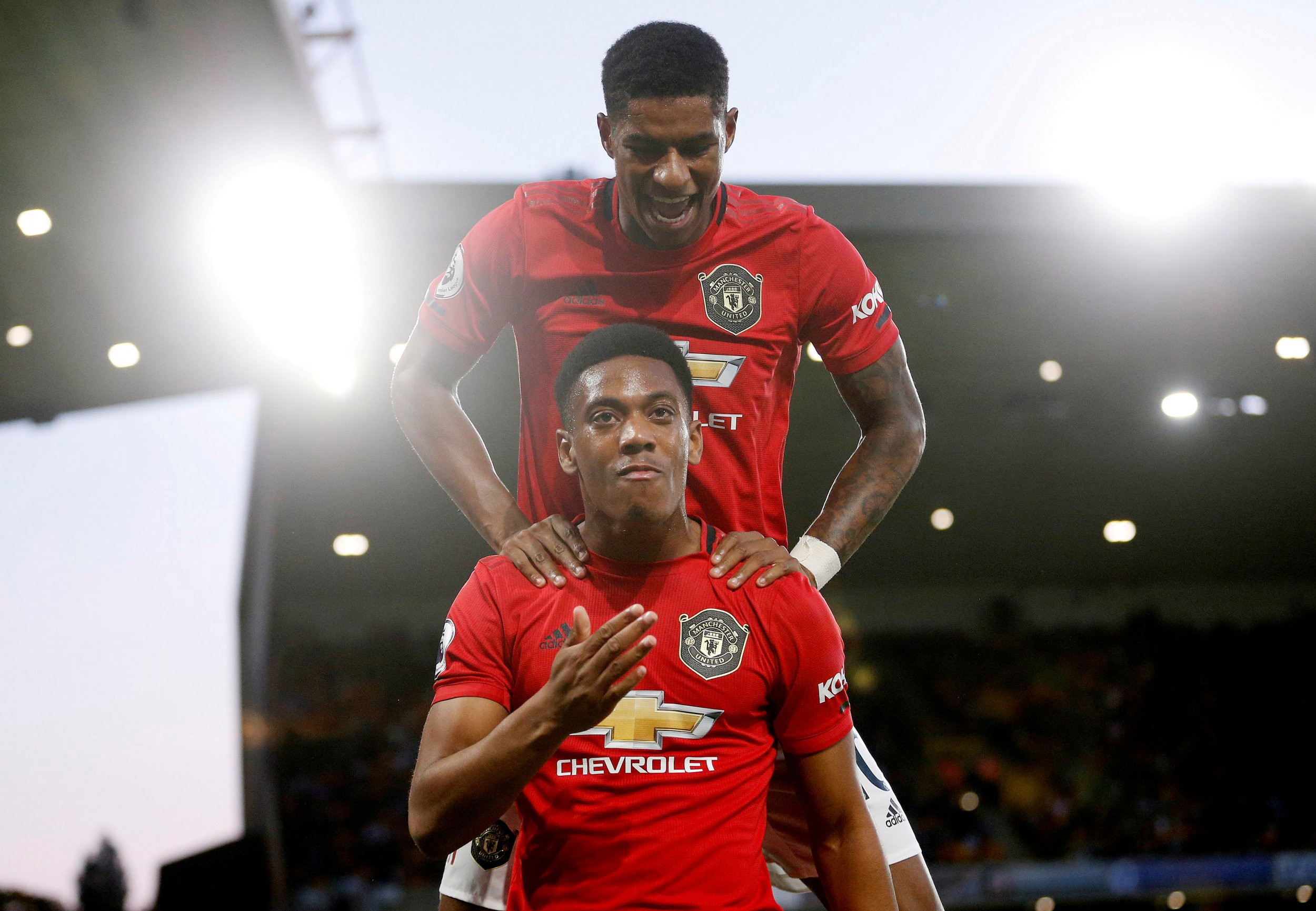 The curtains have been drawn on the 19/20 Premier League season, with Manchester United finishing in third position.

It’s certainly been an encouraging debut campaign for Ole Gunnar Solskjaer, who has secured Champions League football and made serious progression with the squad, both on and off the field.

We’ve had a look back on the domestic season and highlighted those players that stood tall above the rest and topped the stats in United’s squad.

A consistent team selection at the back has delivered a much improved defensive record for the Red Devils this season. United have conceded 18 less goals and kept six more clean sheets in comparison to last year, with summer arrival Harry Maguire playing his part.

The club captain did not miss a single second of Premier League action, racking up 3,420 minutes in total. Behind him, the man in-between the sticks was just as present, also not missing a single game this season.

Marcus Rashford and Anthony Martial have become synonymous when analysing United’s frontline, with the two establishing themselves as one of the most dangerous and prolific duos across Europe.

In terms of the stats, there’s been no splitting the two forwards. Both men have registered 17 apiece, stepping up to the plate and taking on the goalscoring responsibilities, in the wake of Romelu Lukaku’s summer departure.

Despite playing just fourteen games, no Manchester United player registered more league assists than Bruno Fernandes. With 7 to his name, he managed to tie Marcus Rashford in this department.

Since arriving, the 25-year-old has occupied the central zone in the final third, improving the link-up play between midfield and attack. He has done so to devastating effect, with his offensive stats highlighting the unprecedented impact that he has had on this United team.

Rashford also deserves serious recognition for finishing on top of the pile, alongside his goalscoring record. The Englishman has grown to become one of the side’s most influential attacking figures, impacting the transitional play on a more consistent basis.

No prizes given for guessing who completed the most tackles.

Aaron Wan-Bissaka registered an astonishing 126, the most in the entire division, for the second season running. The Englishman is somewhat flawless with his 1v1 defending, as the above stat showcases. Most impressively, he ranks 3rd in the division for the average number of tackles per game, but 191st for number of fouls conceded. Such a conversion rate is practically unheard of.

His defensive showings as seen the 22-year-old establish himself as United’s no.1 option at right-back, a position he could well hold down for the next decade.

Building from the back is an integral part of Solskjaer’s gameplan, instructing his players to quickly distribute the ball and get into the final third as swiftly as possible.

United’s top three passers this season certainly justify this, in the shape of Magure, Victor Lindelof and Fred. The former comes out on top though, with 2,519 to his name. Maguire is a defender that is comfortable with the ball at his feet, with just two players in the entire division completing more passes than him this season.

With an incredible 176 aerial duels won, Maguire’s name pops up yet again.

He leads the stats by a landslide in this department, with Lindelof in second with 96 – nearly twice as less than his partner in crime. This won’t come as much of a surprise though, as Maguire’s aerial ability was one of the major reasons behind United’s big investment last summer.

Of the two at the back, he is the more commanding, often coming forward and challenging, whilst Lindelof covers in-behind.

Fred has certainly adapted this season, finding a more prominent role in Solskjaer’s XI prior to the introduction of Bruno and the return of Pogba.

The Brazilian has become a tenacious figure in the middle, known for his high pressing and ball recoveries. Such a style of play often comes with a price though, with the midfielder picking up 8 yellow cards.

Wan-Bissaka also finds himself on the same number, with three of these coming in his last five games. We’ll just put these down to fatigue though.

All stats have been complied via WhoScored or the Premier League’s official site.