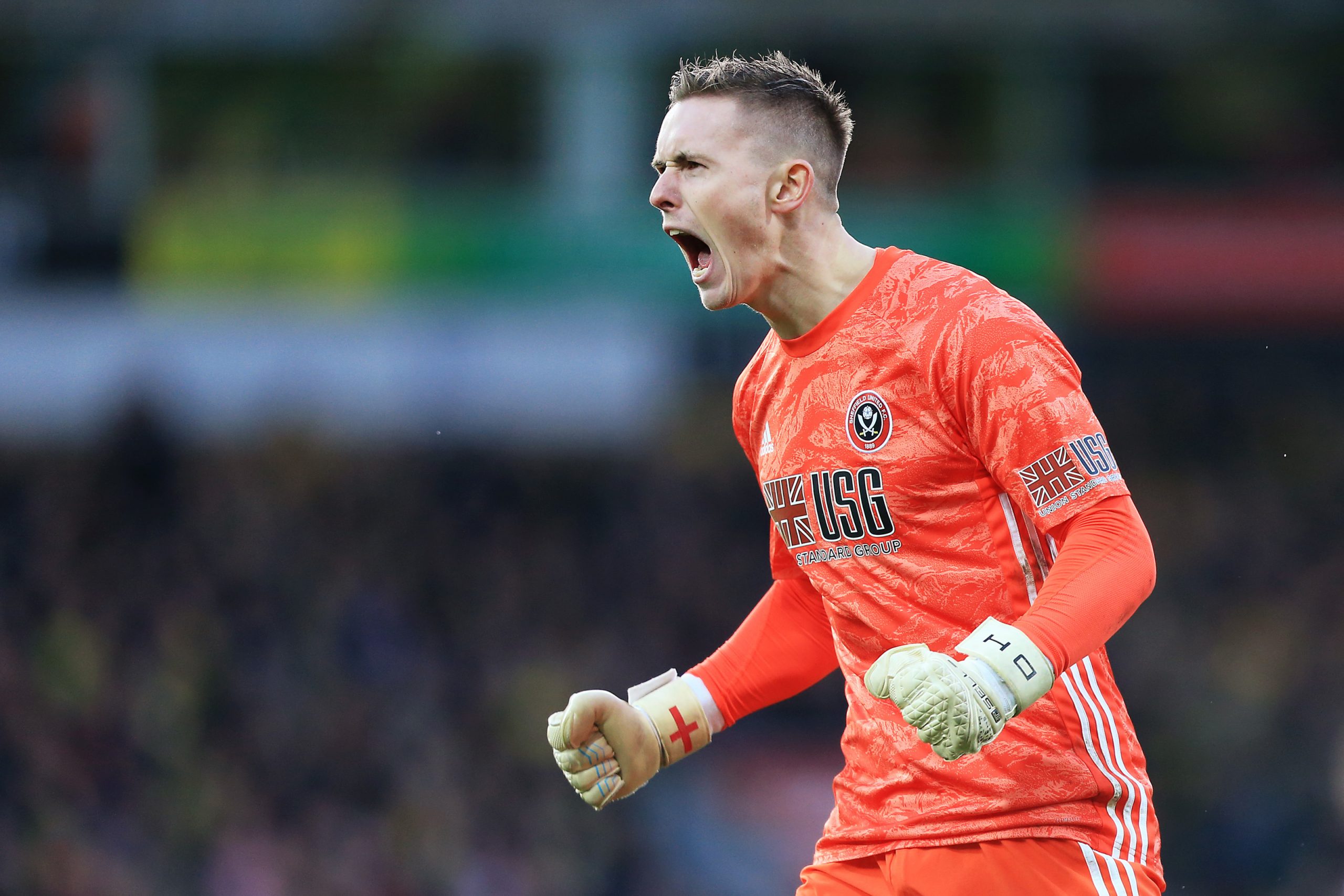 David de Gea’s indifferent form this season has lead to calls for Dean Henderson to be allowed into the mixer next season.

The young goalkeeper has impressed in his two seasons at Sheffield United and they have coincided with De Gea’s worst form since signing nine years ago.

De Gea, who signed a new four-year contract last September, has seen his market value crash from €70 million to €40 million in just 18 months according to transfermarkt.

The Spaniard’s has often been United’s shining light in campaigns blighted by underperforming stars but the club could have trouble moving on their second highest earner even if they have plans to integrate Dean Henderson into the fold.

Performances against Tottenham, Bournemouth and Chelsea in particular has seen United’s number one come under criticism since footballs restart.

Henderson, who is contracted to United until 2022, could be given the chance to challenge David de Gea next season according to Sky Sports.

The publication claim that United and Henderson are in talks over a new long-term deal and that he could become one of the best paid goalkeepers in Europe.

Negotiations have been ongoing ‘for weeks’ according to report but no resolution has been found just yet.

United reportedly see Henderson as a long-term solution to the issues between the sticks and Ole Gunnar Solskjær has not ruled out the youngster coming back to Old Trafford to challenge De Gea next season.

Frank Lampard is also keen to sign Henderson for Chelsea and are monitoring the situation.