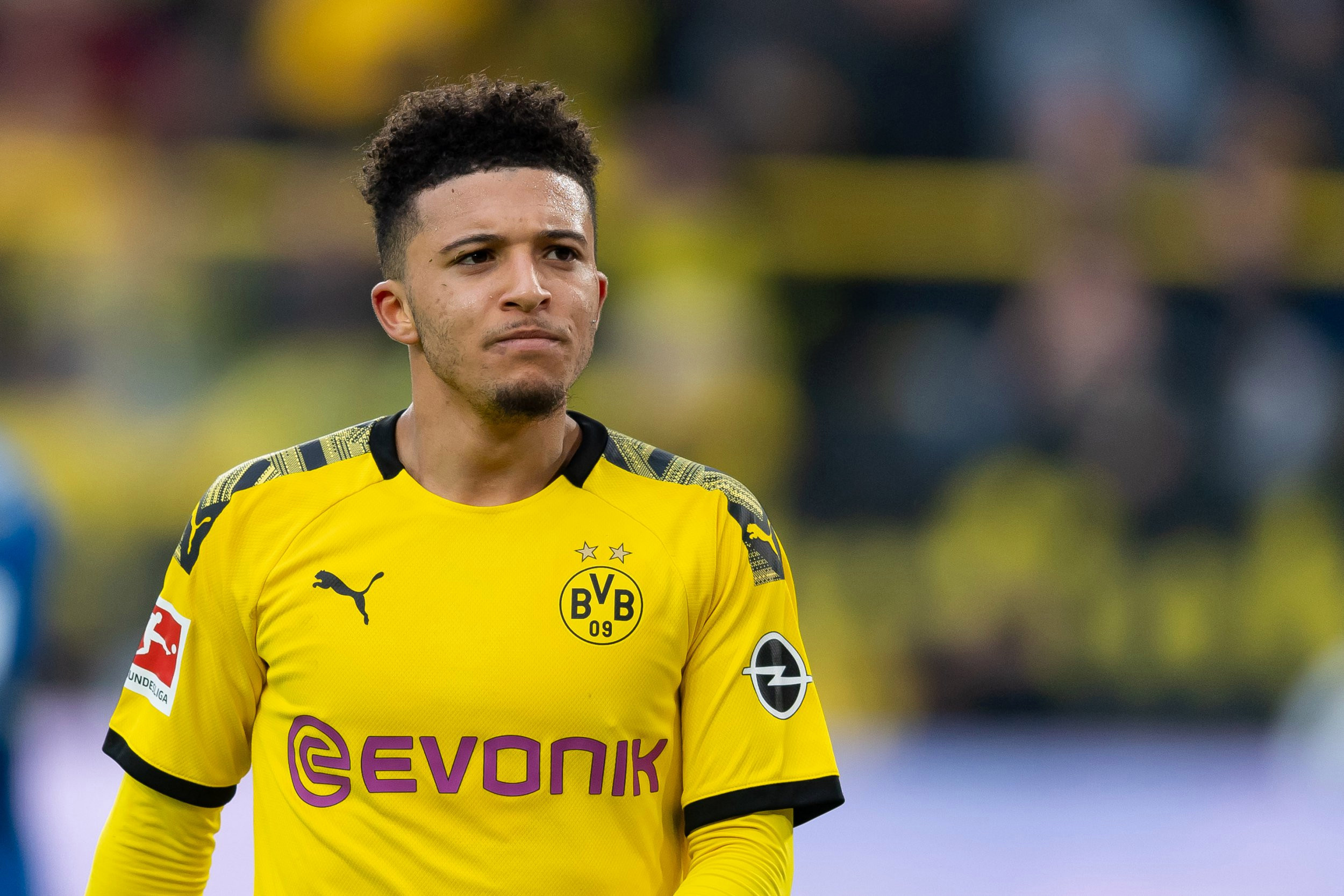 This has however not stopped papers from all over the glove. At utdreport we’ll provide you with daily transfer news & rumours for the remainder of the transfer window.

Jadon Sancho
Harry Maguire was the talk of last summer and it’s another Englishman who is dominating this windows headlines. Borussia Dortmund’s Jadon Sancho is obviously a target for Manchester United and it seems like a move is edging ever closer.

Reports over the past few days say that Dortmund have set an August 10 deadline for a deal to be completed but that the two sides are yet to find an agreement for the winger.

Norwegian pundit and Bundesliga expert Jan Aage Fjortoft says that there is no agreement yet but there are talks between United and Dortmund over a fee.

The former footballer went on to say that it’s ‘very likely’ that Sancho will leave Dortmund to join United this summer.

Elsewhere, ESPN say that Ole Gunnar Solskjær is pushing for a deal to be completed as soon as possible.

The manager is keen to avoid a scenario like the one last summer where Harry Maguire only joined five days before the start of the season.

Manchester United tried to lower Leicester’s £85 million demand but only managed to win themselves a £5 million discount.

The Reds’ suffered a similar fate in their Fernandes negotiations in January and ultimately lost precious time.

Álexis Sanchez
The winger has adopted a more central role under Antonio Conte since the turn of the year after overcoming a bothersome first half of the season.

The Chilean spent almost the entire first five months at Inter on the treatment table but according to reports, Sanchez has convinced the Italian club that he’s worth taking a chance on.

One of their best players since Serie A resumed after the coronavirus lockdown, Sanchez is believed to be keen on an Old Trafford exit.

According to the BBC, his club feel the same way as they will attempt to make his loan deal permanent.

A possible fee is yet to be quoted but United will do well do get their latest flop off their wage bill.

Gabriel Magalhaes
Priorities may lie elsewhere but through the Jadon Sancho shaped smoke a central defender has emerged.

Gabriel Magalhaes, currently at Lille, has enjoyed a breakthrough season in the French league. The defender has impressed in the core of his teams defence and his fine form has attracted Premier League clubs according to reports.

Sky Sports claim that the defenders agent has flown to England to speak with two English clubs, one of them being Manchester United and the other Everton.

The publication say that Napoli are frontrunners to sign him.

Chris Smalling
Sanchez isn’t the only player who has enjoyed a good loan spell in Italy. Chris Smalling’s days at United seemed to be numbered when he left last summer but reports of difficulties in negotiations with Roma mean that the defender could make an Old Trafford return.

Smalling is one Roma’s standout players this term and the capital club are eager to make his temporary stay an indefinite one.

“Negotiations between Manchester United and AS Roma continue for Chris Smalling but it seems the two clubs are far apart,” he said.