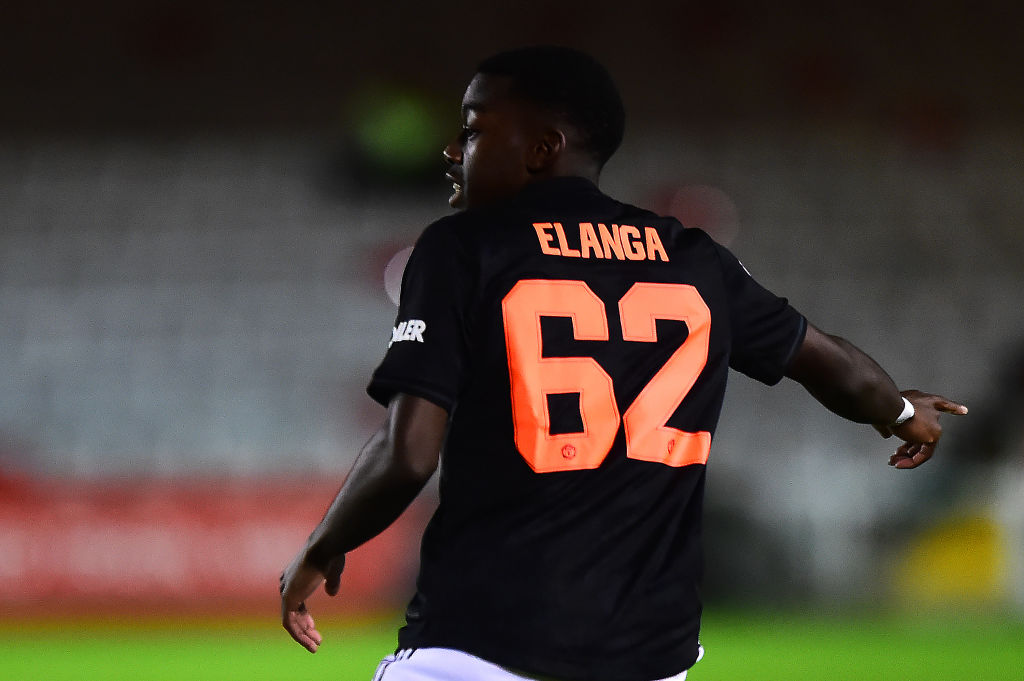 The transfer window has only been open for a couple of weeks, but the Jadon Sancho to Manchester United transfer saga feels like it has been going on for an eternity.

The United board have made somewhat of a habit out of dragging out transfer deals, whether they’re high profile or not, in recent past — and the deal involving the young English winger is looking to be no different.

But, with that said, with every coming day, Sancho’s arrival at Old Trafford is starting to feel more and more inevitable. The only hurdle left, according to the likes of transfer guru Fabrizio Romano, is both clubs finding an agreement in regards to how the rumoured €120 million fee will be paid.

United have played hard ball over fees in the past (Harry Maguire’s switch to the Red side of Manchester being the most recent case), but in the end, the Reds pay up and the player ends up holding the famous shirt at Carrington.

Assuming that this scenario will repeat itself and Sancho does eventually walk through the gates of the Theatre of Dreams, United’s front line will look to be set for the best part of another decade. The potential of Marcus Rashford, Anthony Martial, Mason Greenwood and Sancho playing together is frightening.

The 20-year-olds arrival also opens a different avenue of options for Ole Gunnar Solskjaer. With the United boss already confident in the current trio of attackers sans Sancho, you’d have to assume that there will be no more final-third additions to follow should Borussia Dortmund’s No. 7 make the switch.

That then would allow for the Norwegian to look towards the academy for a standout player to start making the transition into the first-team in order to fill any gap that would be necessary across the front line and perhaps get some valuable minutes over the course of next season.

With Greenwood already settled and making waves, there are a few more candidates that could soon follow in his footsteps should they continue to make the strides that they have been at youth level.

Below are the three that could be the closest to being in Solskjaer’s plans:

The 18-year-old Swede spent most of last season pestering opposition full-backs at the U18 level, but getting over some injury issues also saw the winger start making the transition into the U23s.

7 goals and 3 assists in 9 appearances for United’s U18’s saw Elanga build quite a lot of hype around his name, particularly from the United faithful. Quick, skilful and already quite developed physically, Elanga looks and carries himself like the perfect winger.

The Sweden youth international is comfortable in 1-v-1 duels but also when he cuts inside and gets involved in intricate one touch build up. His finishing has also come on leaps and bounds last term, surely grabbing the attention of Solskjaer’s coaching staff.

Continuation of his development in the U23’s next season could put the wide man within reaching distance of the first-team set up.

The 17-year-old Frenchman’s position will not be directly affected by Sancho’s arrival, but a set in stone front line could ease Solskjaer’s mind and allow him to tinker with his options elsewhere.

One of the biggest things that we have learned post lockdown is that United suffer going forward without Bruno Fernandes and Paul Pogba. But while the centre of the pitch is equipped quite well, that No. 10 spot lacks quality in depth. That’s where someone with Mejbri’s skillset could swoop into the equation.

Like his fellow U18’s regular Elanga, Mejbri also shone for the youth team before gradually making the transition into the reserves. The playmaker made 9 appearances for the 18’s and 5 for Neil Wood’s U23’s, contributing with 6 assists (3 each) and one goal for the former.

The French youth international has creativity coming out of his neck. Similarly to Bruno, nearly every touch that he takes leads to him looking forward. His vision and footballing brain are developed beyond his years and Mejbri has also been working on improving arguably the only deficiency to his game over lockdown, which is his size.

Having bulked up and filled out his frame, the teenager will likely be a regular for the reserves next season. If he continues to impress and manages to outgrow that level at any point, first-team involvement may not be too far away.

19-year-old Mellor is perhaps the most unlikely of the three to make the step up, but he too offers something different going forward that United could end up taking advantage of over the course of the season.

Solskjaer’s only true options at the No. 9 position right now are Martial and Odion Ighalo (on loan until January ’21). In the case of an injury to either, Greenwood feels like the natural choice to shift inside, but, Mellor brings a bit more of an old-school style with his game.

Injuries happen, and should Solskjaer not opt to look for another striker, an opportunity for the young English forward who has already made his United senior bow could present itself.

A regular starter for the reserves last season, Mellor, like his senior teammates, can play across the front three — but does his best work centrally. He contributed with 4 goals and 4 assists in 11 appearances for Neil Wood’s side last term, significantly helping Reds secure promotion in the PL 2.

Mellor’s game has seen continuous development over the last couple of seasons with the striker now looking more comfortable in front of goal and able to use his physicality more effectively.

There hasn’t been much talk of any plans that involve Mellor heading out on loan next season thus far, meaning that the Englishman could very well stay at the club and see his services required at some point during what’s shaping up to be another hectic season for United.