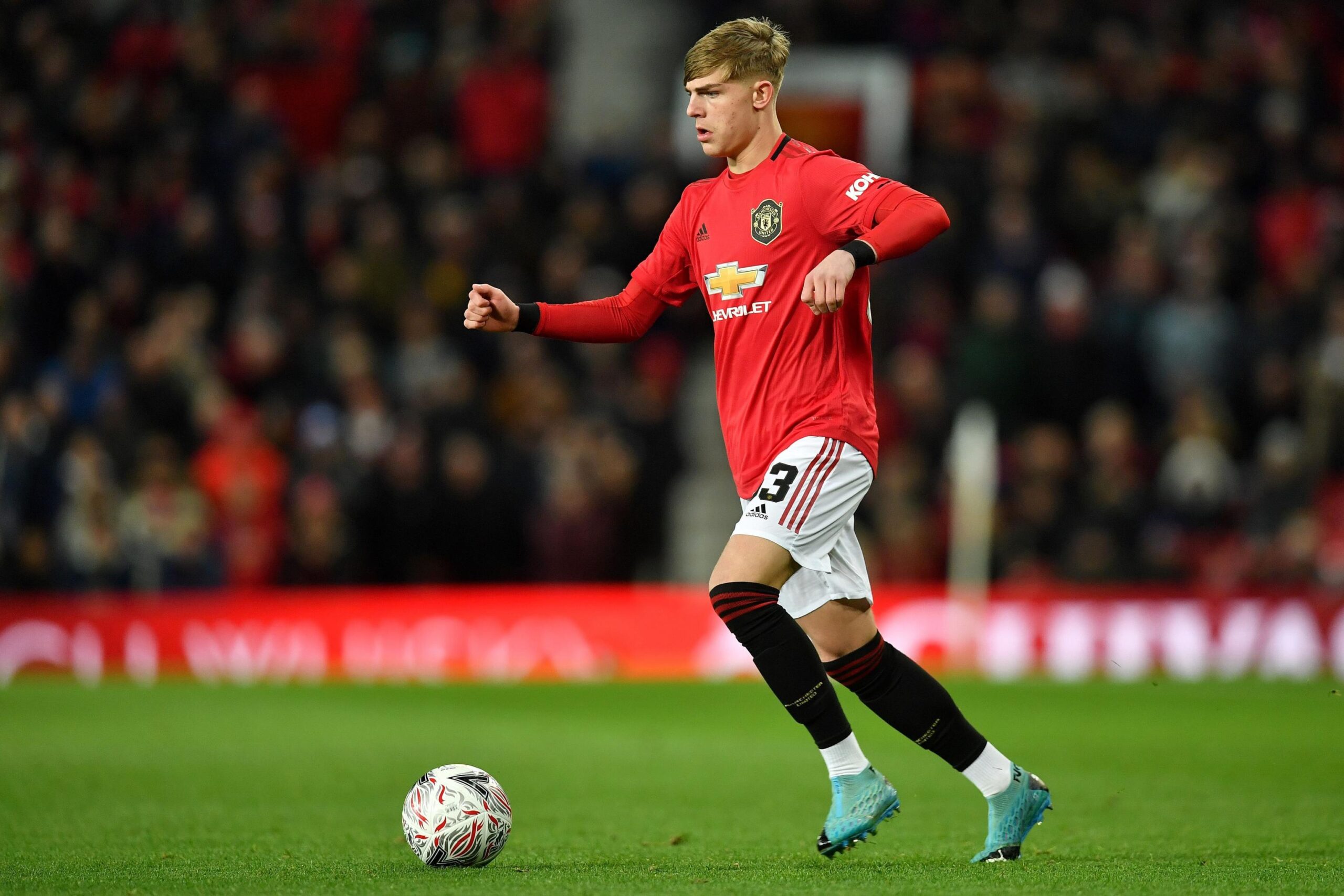 Season one of Ole Gunnar Solskjaer’s rebuild centred around the formation of a rejuvenated squad, with the manager sounding out those figures that he trusts.

New recruits and the integration of academy players have been two methods in doing exactly that. It’s been a gradual process, but the dressing room is reaping the rewards from such management, with a fresher identity being instilled around the training complex. Certain members of the squad have managed to make a name for themselves under Solskjaer, with Brandon Williams being the example of such.

The 19-year-old has started 24 times in his debut season, offering sufficient cover for Luke Shaw, who has also benefited from the direct competition.

Sitting next to his manager during the pre-match press conference ahead of tonight’s game, Williams has already been confirmed as a starter against Copenhagen. Shaw has been ruled out for the rest of the season, with the teenager stepping in and filling the void.

Although naturally right-footed, the Englishman is capable of operating down the left-channel. His biggest strength lies with his 1v1 defending, due to his quick acceleration off the mark. Comfortable in showing his opposing winger down the channel, Williams is rarely caught out at the back, maintaining a solid understanding of his defensive positioning.

Whilst such traits has seen the teenager establish himself as a trusted full-back option, his transitional play does need to improve. Against LASK, Williams’ 80% pass completion rate wasn’t too pretty on the eye, as he failed to pick the ball up and drive forward.

The Englishman wasn’t the only figure to look a tad sluggish, particularly in the first-half, where United looked lack-mustered and starved of any creativity. He failed to register a single dribble in his 72 minutes, predominantly seeing the ball deep in his own half, with the below heatmap contradicting the Red Devils’ recent performances.

The new partnership between Bruno Fernandes and Paul Pogba has allowed United’s full-backs to push higher up the field, offering attacking support to the frontmen, who now strictly remain inside the final third. Granted, neither of the creative duo started in the middle of the park, but no player really stepped up in their absence.

At least one of the two midfielders is expected to start tonight though, with Solskjaer being keen to book a place in the semi-finals.

Copenhagen have registered just three clean sheets in the Europa League this season, with United being the heavy favourites. The Red Devils will be looking to take the game to the Danish side and their full-backs can set the tempo from the off.

United will need to be more slick inside the attacking areas, by offering more options and speeding up the transitional play. Williams needs to do such down the left, to attract attention away from the likes of Anthony Martial and Marcus Rashford.