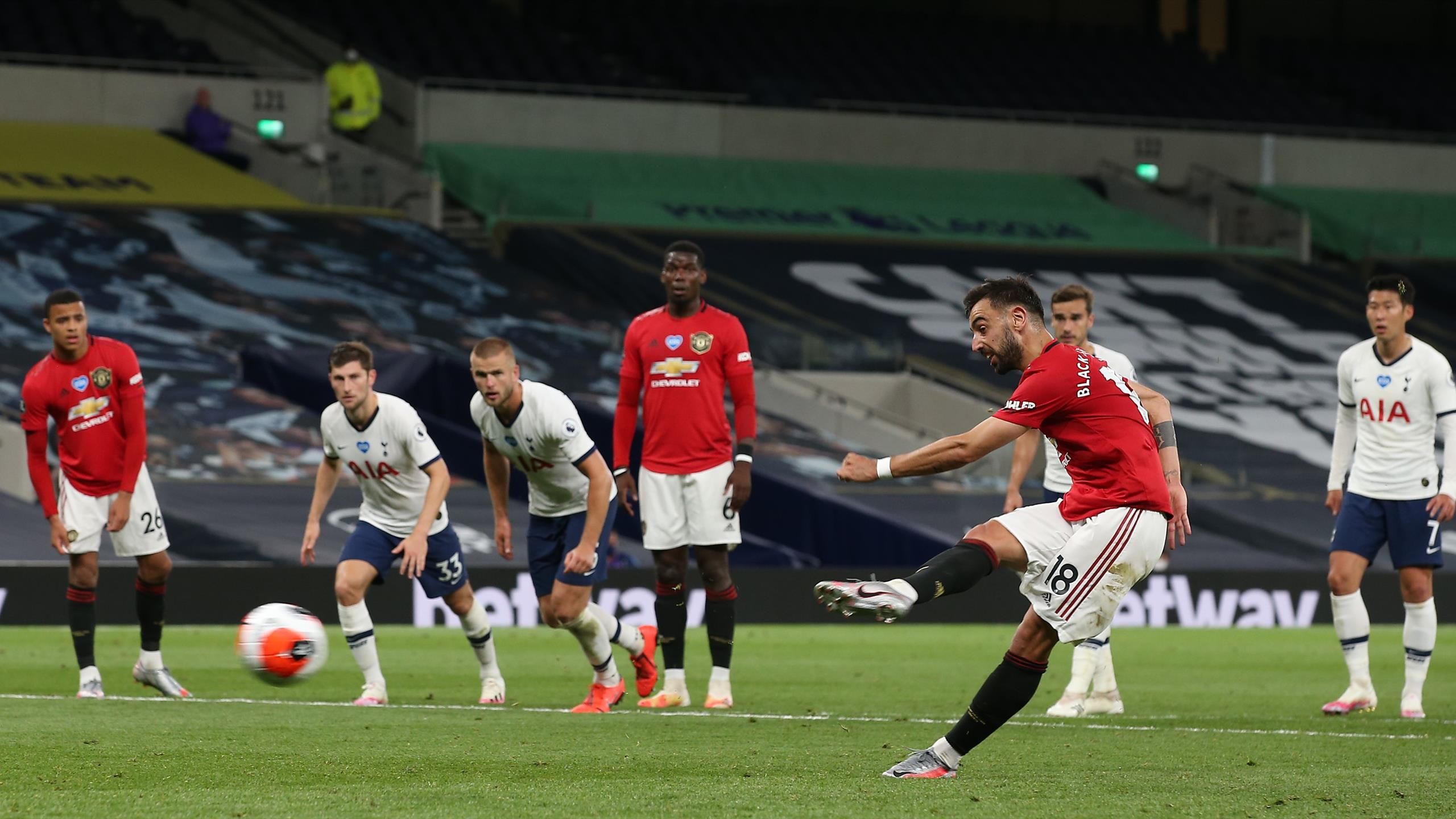 With the 2019/20 season drawing to a close, fans are rightly starting to take stock and assess Ole’s first full season in charge of United. Although it hasn’t been perfect, a third-place finish in the league, two domestic semi-finals and the very strong chance of another European trophy seems pretty impressive.

However, one aspect of this season that continues to baffle is rival fans’ criticism of how United reached these milestones – namely, the number of penalties they have won. First, was ‘rags’, then came ‘Fergie time’ and now it’s ‘Penalty FC’.

It’s no secret that the Reds have won an inordinate amount of penalties this year (25), scoring 14 of them in the league and 21 in all competitions. Not only is this more than any other team in Europe, but a record tally in the Premier League and has made up approximately 15% of our goals this season.

The frustrating part is that, as Samuel Luckhurst rightly pointed out, all of them bar one against Aston Villa (Bruno’s speculative spin) were clear penalties. Furthermore, while the volume awarded seems to remain a mystery to everyone else, for United fans and less biased neutrals, the explanation seems pretty simple: they attack. A lot.

In fact, it isn’t just that Solskjær has helped restore United’s attacking heritage, it’s the manner in which they now move in the final third. Ole said it himself in the Copenhagen post-match interview, when Bruno’s penalty sent the Reds through to the Europa League semis:

“We play attacking football; we get the ball into the box quite often and we play the ball into the feet. We’re not the team that really swings crosses. We have technical players […] they’re quick and I’m happy I’m not a defender against them – I’d give penalties away myself.”

Despite others’ best attempts to mock these penalties as mere good fortune, bias from officials or further failing of VAR, as mentioned, 99% were cut and dry. Moreover, if you have a team that is breaking lines and playing inside the area with such frequency, they’re bound to win more penalties.

Take our noisy neighbours, Manchester City, for example – second behind United for most penalties won in the league (11) and the only other team to hit double figures this season. Like it or not, they have been one of the most creative, free-scoring teams in Europe over the past few years. Naturally then, they too spend lots of time breaking through defences and operating inside the box.

It’s a positive, not a negative

Whilst United are truly turning into a lethal offensive side, they still have some way to go achieve the levels of consistency needed to compete with the league leaders. That being said, the team’s performances since January look like a sign of things to come, and with the prospect of more attacking signings, it wouldn’t be a surprise if United become an even more penetrative outfit.

In short, rather than signalling some kind of reliance or compensating for aspects of offensive play that are lacking, the number of penalties won this season is a testament to how fluid and unpredictable United have become in attack.

To put things in better context, in July, Ole’s men surpassed a century of goals in all competitions; the last time being in the 16/17 season, when the final tally was 105 – only the third occasion since Sir Alex retired. United now sit at 110 already, with 90 of those coming from within the area; simple maths tells you that aside from penalties, 69 of those still came in open play from 18-yards or less.

12 yards from the finish line

So, with potentially just one or two games left to play and strictly in the knockout format, penalties are likely to play just as crucial a role as they have all season. The key is to recognise that rather than being a source of mockery, they are symptomatic of the team’s progress.

Not only should fans applaud the team’s ability to win so many and dispatch them with such proficiency, but should United make it to the final of the Europa League, it would be a fitting end to see them score or perhaps even win the competition thanks to a penalty, don’t you think? I can hear rival fans crying already!

United vs. Sevilla – 3 keys to victory
Nemanja Matic needs to be drafted back into the starting XI for Sevilla
To Top