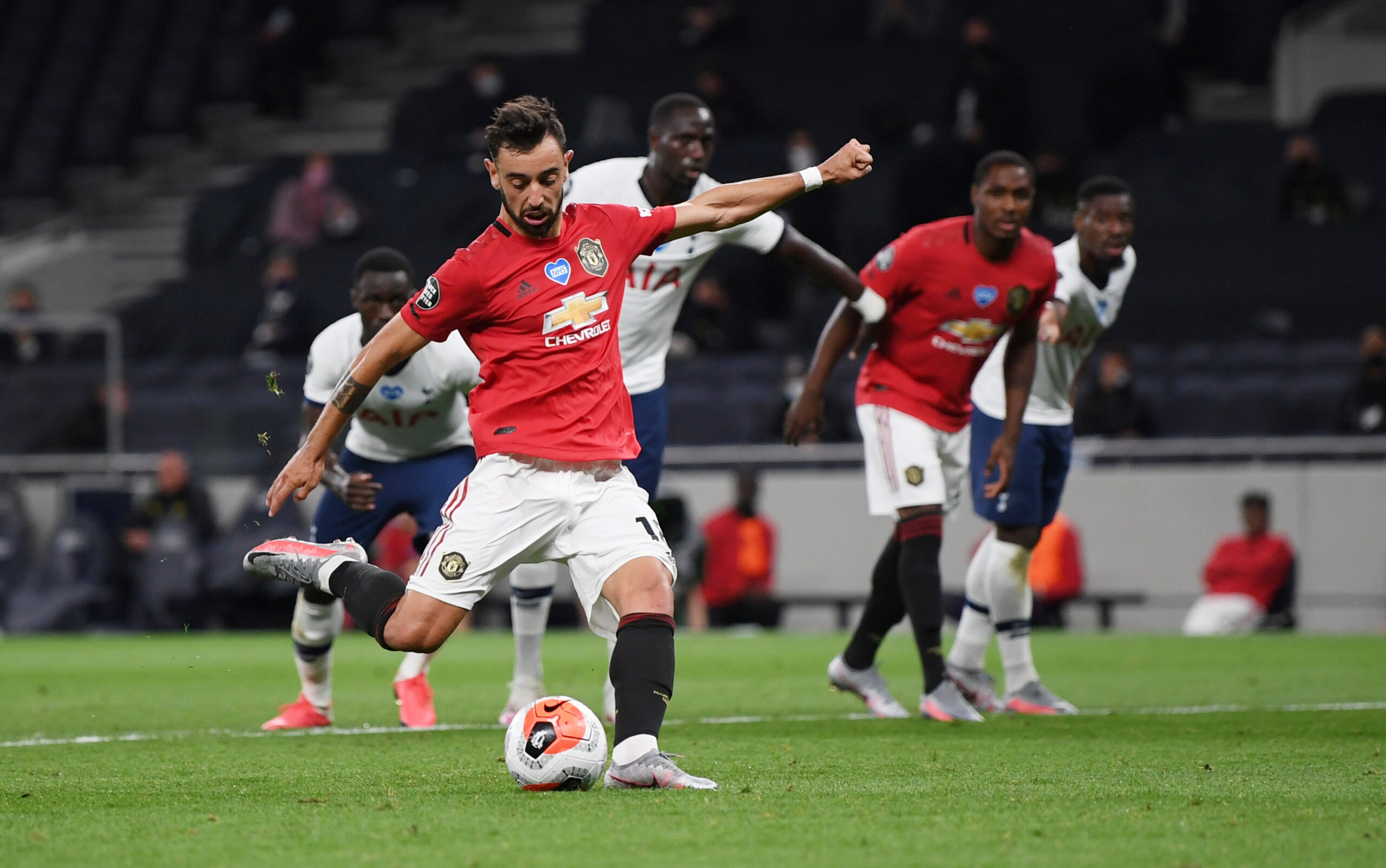 Fast forward to more than a year since he left United, Mourinho still had jibes to make towards United’s new #18.

That’s arguably what makes Mourinho so entertaining, his antics with press and media are box office provided he’s not delivering them on behalf of your club.

While the Premier League is currently in the middle of the summer break, preparing for the 2020/2021 season, it wasn’t long ago that Bruno coolly slotted away a penalty earned excellently by Paul Pogba against Mourinho’s Spurs. That event and Bruno’s continued prolificacy from the penalty spot earned him some choice words from Mourinho – the Portuguese manager implying that all of Bruno’s contributions to United have been via scoring penalties.

In an interview with A Bola, Bruno responded to such comments from Mourinho and others with similar negative comments on his tenure so far at United.

“It was a good impact, because we managed to reach the Champions League and now our goals have to be different, because we have not won any trophy.

“I hear people saying, ah, he only scores from penalty kicks… But a little while ago, I saw the statistics and, except for penalties, only Kevin de Bruyne has a higher involvement in goals than me in England when it comes to midfielders.”

Specifically when it came to his response to Mourinho’s comments, Fernandes’ response was measured and befitting a leader at Manchester United: “I honestly did not feel stung, I feel that I am a good penalty taker and nothing more, I understand, but what I take from his words, because I’m a very positive person, is that he said I hit penalties well. It is a reality, not least since I arrived at Manchester United.”

United supporters know that while many clamour and complain that the team gets lots of penalties given, that is to be expected considering our forwards and midfielders’ tendency to drive into the box and take defenders on.

Bruno knows this all too well, and he’s poised to be at the ready for whenever he’s standing over the penalty spot next.

“Penalties are there to be scored and they must be converted into goals.”