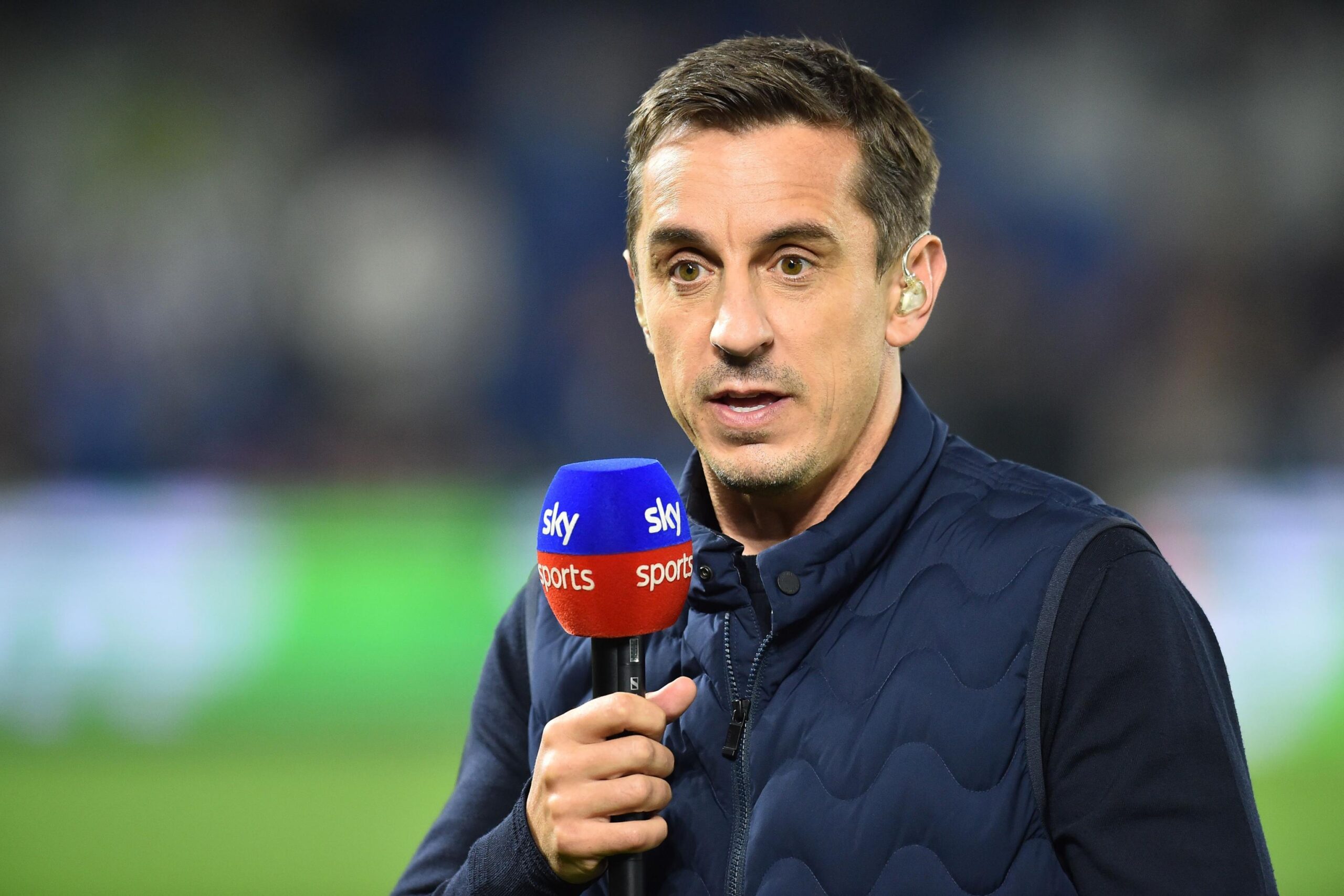 Gary Neville has predicted Manchester United to finish above Liverpool in the Premier League next season.

Looking ahead to the 20/21 campaign with Stadium Astro, the club legend made his top four predictions: “I’m going to go Manchester City, Manchester United, Liverpool and Chelsea, but that’s with a little bit of hope rather than science!”

From Project Restart until the end of the 19/20 season, the two Manchester clubs picked up the most points in the division. Both sides registered 21 points apiece, with the Red Devils being the only undefeated team in the league, during this time.

Such a strong end to the campaign has no doubt influenced Neville’s prediction, who also complimented the work at hand, of Ole Gunnar Solskjaer.

Further speaking, he claimed (quotes via Football365): “Finishing third last season was a big moment for Ole Gunnar Solskjaer. That demonstrated progression. I think he has to break that top-two or get close to that top-two and get close to the title.

“To get close to the top-two and win a trophy – maybe in one of the cup competition – would be acceptable. He would have to get close to winning a title by his third season. The fans want to see progression and Manchester United have to continue to progress.”

The eight-time PL champion is certainly right, the Old Trafford faithful are demanding further progression – something that can only be achieved from investment from above. The recent addition of Donny van de Beek will hopefully be a sign of things to come in this regard, and should another 2-3 recruits come through the door, Neville won’t be the only person predicting such a high finish for United next season.