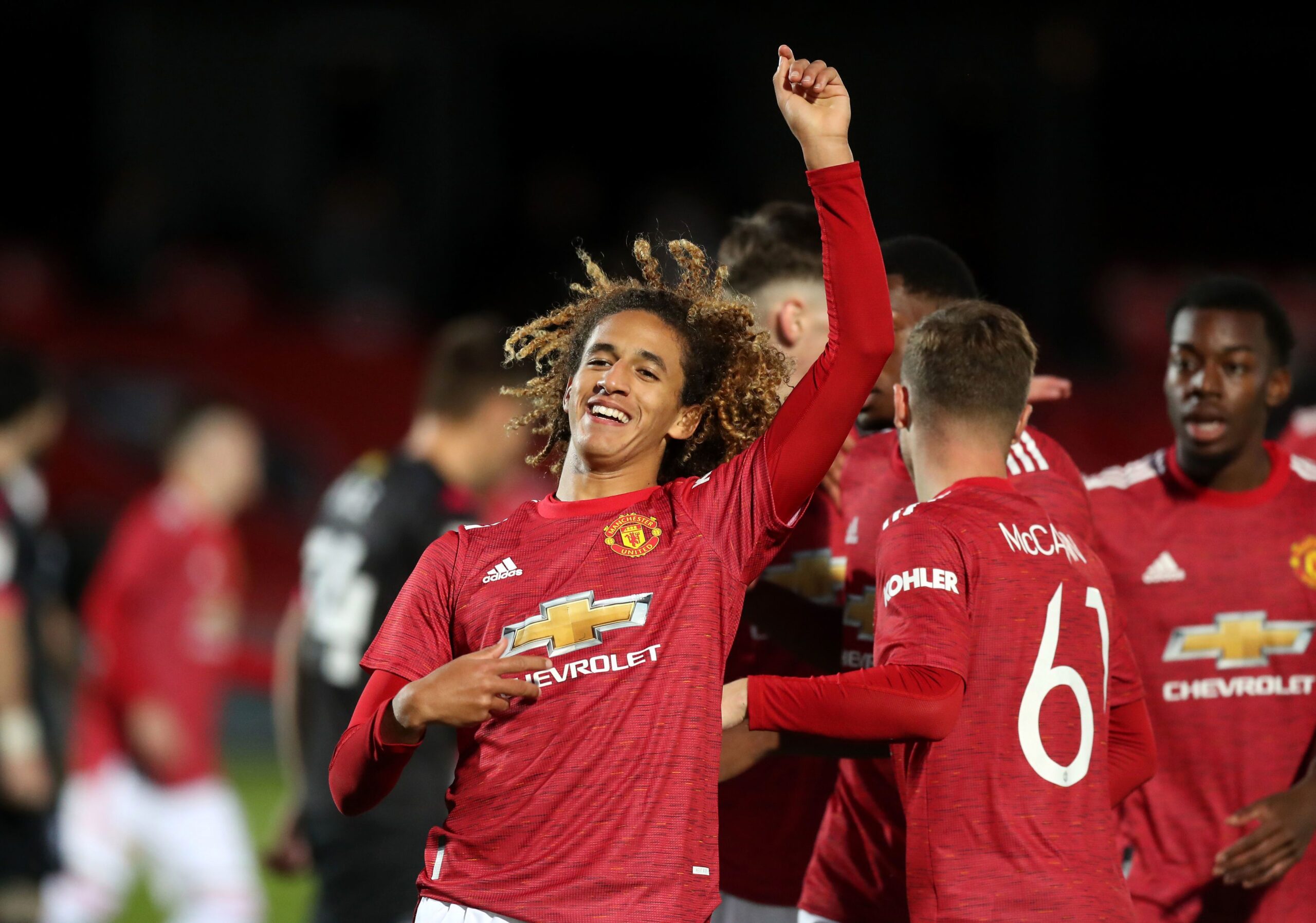 With a goal and a couple of assists in his first competitive game of the 2020/21 season, the Hannibal Mejbri hype train is showing no signs of slowing down.

The Manchester United academy has been flourishing in recent years. The principles and priorities have clearly changed in the ways that things are done within the youth football system at the club, and a lot of that has to be credited to the now Head of First-Team Development, legend Nicky Butt.

Other than developing gems of their own from very young ages, United have also began to invest heavily in foreign talent, such as Mejbri. The Frenchman arrived at the club last summer for approx. £9 million, with the price paid for a then 16-year-old emphasizing on the club’s commitment to the youth.

For the first time in a long time, it feels like there is a real plan in place at United. There is a clear transfer strategy for the senior team as well as a pathway into the first-team set up for the youth standouts. And in spite of his tender age, Mejbri looks well on his way along that route.

Having already settled into U23 football last season with three assists in five appearances for Neil Wood’s side, it became evident that Mejbri would go on to be a regular there in the new campaign.

The French youth international was seen working hard over both the lockdown break and the summer, trying to put on some muscle mass to accompany his wizard-like skillset and football IQ in playing against bigger, more physical opposition.

After a very fruitful pre-season with the U23’s where he got to test himself against some established Football League sides, Mejbri’s first competitive game of the season fell against some familiar foes in Salford, who are of course owned by the Class of ’92, in the EFL Trophy.

Albeit United’s opponents on Wednesday night were a League Two side, many of the players on the pitch had a ton of higher level experience under their belt. And even more so than that, the real key there was to see how Mejbri copes in a competitive environment against grown men.

Of course, one game is a small sample size. But, all signs so far are pointing towards the 17-year-old playmaker not feeling any pressure. In spite of a ton of social media hype, his game looks just as effortless against kids his age as it does when he’s right in the middle of all the action in a senior match.

The young Reds went on to win 6-0 and Mejbri was the catalyst.

Playing in a role that often resembles the false-nine, which gives him the license to free roam and look for the ball, Mejbri got on the scoresheet with a very neat finish from just inside the area while also chipping in with two assists — and there could have been more.

You rarely come across a natural talent like Mejbri’s. The word generational has been thrown around quite often in recent times, but someone like the Frenchman comes very close to it. He might just be that.

You simply can’t teach the way Mejbri sees the game, how he moves, the way he caresses the football. That’s just a kid with an insane footballing brain. And sometimes, there comes a 16 or 17-year-old that is just impossible to deny when it comes to first-team involvement. Let Mason Greenwood tell you all about that.

Naturally, after a performance like Mejbri’s on Wednesday, social media was sent into a frenzy. The fans were buzzing and even more so because the first-team is not in action until next weekend. Starved of some Reds football, a lot of eyes were set on that EFL Trophy fixture.

Mejbri potentially being on his way towards a first-team debut this season is a conversation that’s coming up more and more frequently these days. Performances like that will certainly not quieten those voices.

But on the other hand, if there are no current loan plans for Mejbri and he continues to dominate and look a level above the competition like he so often has at youth level — then there is absolutely no reason why his transition into the first-team picture shouldn’t begin sooner rather than later.

“As much as he is a good player, there is still a long way to go with Hannibal,” said Neil Wood following United’s victory over Salford. “He’s still got a lot of learning to do, a lot of improving. He’s got great feet, great vision, he’s tenacious but there is still work to be done with him.”

As you’d expect, the man who will be in charge of Mejbri’s football this season has remained coy on the 17-year-old’s progression. But he has to do that. The U23’s coach cannot buy into the hype. His job is to keep the players grounded and hungry. Comments like those above will do that. But it’s certainly starting to feel like Mejbri is close.

If there is any man that you would trust with carefully bringing through youth talent, it is Ole Gunnar Solskjaer. The work that he has done with Mason Greenwood since his debut at 17 to now inheriting the famous No. 11 shirt has been tremendous.

Greenwood was given all the time he needed to get his feet wet and transition gradually. But on ability alone, he was always ready. The situation with Mejbri could be eerily similar.

On ability and raw talent alone, the Frenchman is ready. If he continues his development at the current trajectory, he will be hard to overlook for a first-team debut, even if it is just to further incentivize him and keep him hungry.

With the first-team squad now also being a little deeper following the arrival of Donny van de Beek, Solskjaer will have the opportunities to ease Mejbri into the highest level of senior football should he deem it suitable to do so.

In other news, the official Manchester United Fifa 21 ratings have been released. Five players have been granted a rating so far, and we’ll update the game-page as more get announced.