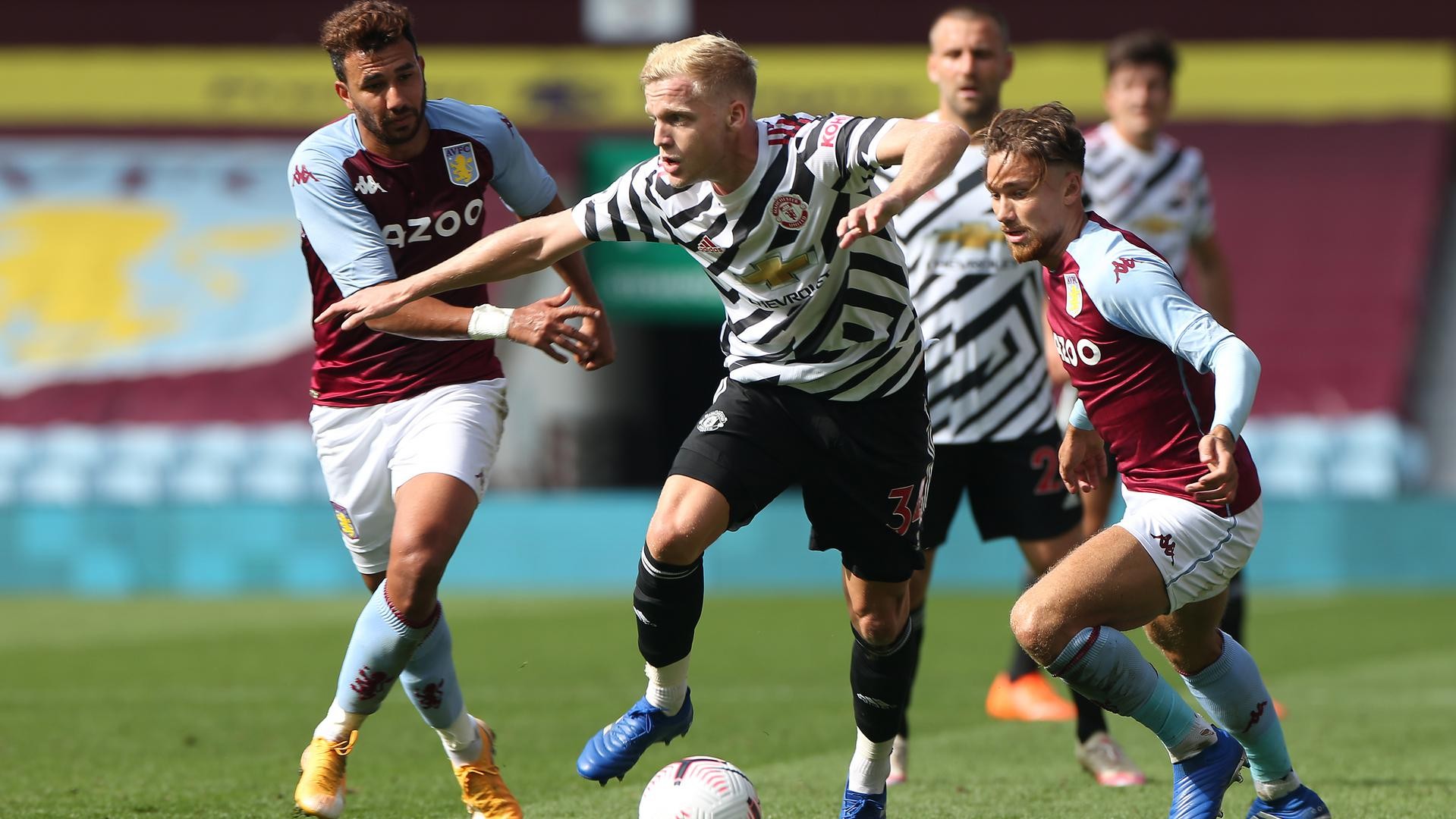 Manchester United will kick off the new 2020/21 season on Saturday when Crystal Palace come to Old Trafford – the London club have already played their first game, a 1-0 victory over Southampton last weekend.

The curtain-raiser in the Premier League comes just one month after United’s exit from last seasons Europa League.

Donny van de Beek is expected to make his official debut for the club having already featured in a pre-season friendly against Aston Villa last week.

Aaron Wan-Bissaka, Bruno Fernandes and Victor Lindelöf are among a handful of players to have only joined the full squad for training late last week.

Paul Pogba was forced to pull out of the France squad which beat Croatia and Sweden due to testing positive to coronavirus but the Frenchman has recovered and rejoined the group in full training.

Mason Greenwood has trained on his own as a precaution whilst his coronavirus test was being assessed but the teenager has also trained with the group.

Phil Jones is ruled out whilst Axel Tuanzebe should be nearing full fitness after missing almost the entirety of last seasons through injury.

Luke Shaw and Marcus Rashford were both still struggling with ankle injuries but the pair featured in United’s 1-0 loss to Aston Villa.

Solskjær will only have a few absentees for the first game and it’s expected he will be able to name a near full-strength team.