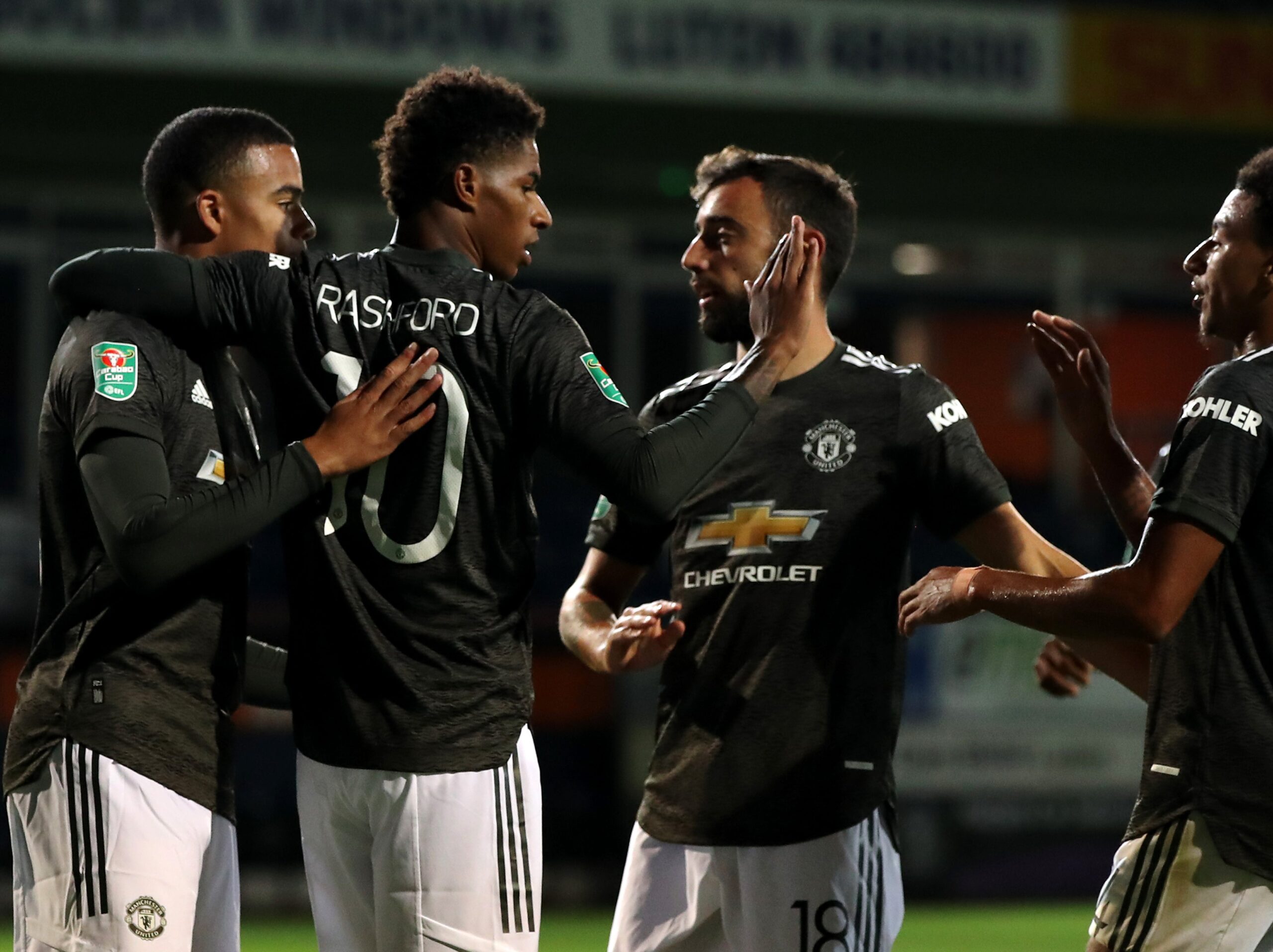 Manchester United sealed their place in the fourth round of the Carabao Cup after a rotated team won at Luton Town on Tuesday.

Juan Mata, who is a common figure in cup games under Solskjær, put United on their way after he scored a late first-half penatly.

“We did a professional job today,” Mata said after the game.

“We didn’t concede a goal, we scored three goals and we played some good football. It was important to win after our first game in the Premier League which we know wasn’t good enough.

“I think we did OK physically but for me it is very important in the mind – if you are confident and if you believe in what you are doing and get results then the body will follow.”

Dean Henderson made his senior debut for the club after two successive loan spells at Sheffield United and the young goalkeeper made an impressive save late in the game to keep United’s 1-0 lead.

“He (Henderson) did a great save and somebody also cleared the ball on the line,” Mata said. “I think we did OK. We have all not been training together for too long and now it is important to get the rhythm back and to get confidence. The confidence comes with results.”

Solskjær named a near fully changed team from the one at the weekend with Harry Maguire being the only player to retain a place, but the Norwegian remained coy on transfers after the game.

“We’re working with the ones we have. Let’s see what happens. We’ll give you updates if there is something,” the manager said.

“Some positives of course. We’ve got a keeper back there who does his job. We scored some nice goals towards the end, when you can see the impact they (Bruno, Rashford & Greenwood) had. Apart from that, a good workout.

“That’s probably the job our keeper (Henderson) sometimes has to do. You’ve got to stay concentrated and make saves when needed. David’s (De Gea) done that for years and years and Dean did that today.

“I didn’t want to give them (Bruno, Rashford & Greenwood) more minutes than that, no, because we’ll have a hard day tomorrow with them.”

Jesse Lingard started the game for United with his last appearance for the club being against LASK in the Europa League last season.

“I thought he (Lingard) was bright,” Solskjær said.

“I thought he’s getting closer to a goal. He’s got legs. Bright and busy today I thought.”