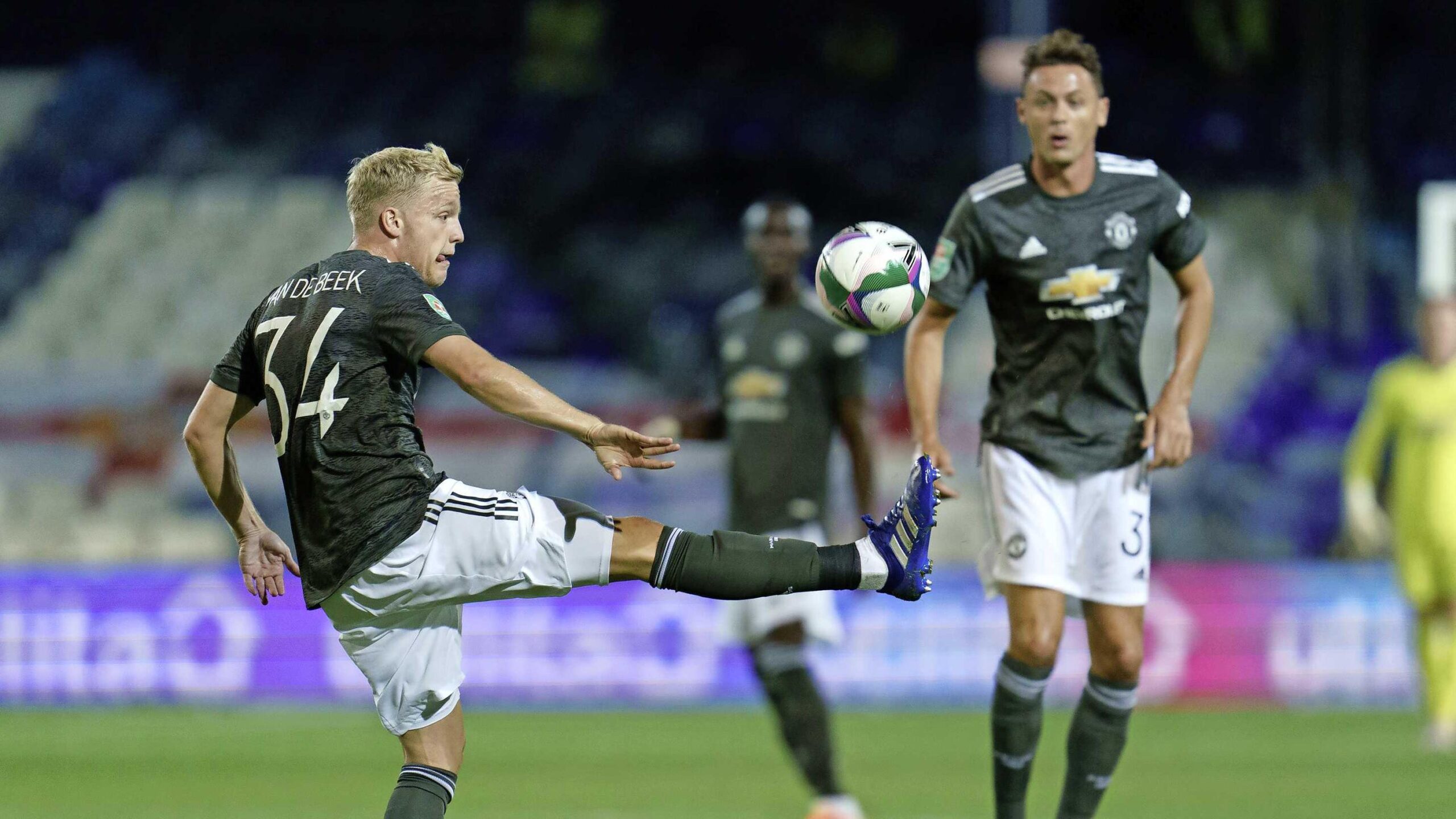 Manchester United registered their first win of the 20/21 season last night, sweeping aside Luton Town 3-0 in the Carabao Cup.

Despite the Hatters only being one division below the Red Devils, the fixture held a proper ‘cup game feel’ to it, where anything other than a United victory would have been met by headlines of the ‘magic of the cup’.

In reality though, Ole Gunnar Solskjaer’s side put in a rather solid display, and simply got the job done. After that opening day 3-1 defeat to Crystal Palace, a clean sheet and progression on an awkward Tuesday night can be categorised as somewhat of a success.

We’ve picked out three things that we learnt from the fixture.

Rotation was expected last night, and many players were given a chance to impress – most notably in areas that have looked significantly weak over the past 12 to 18 months. The man in-between the sticks was certainly one of them.

All eyes were on Dean Henderson, who was making his first-ever appearance for the club. The Englishman is set to rival David de Gea this season for that number one position, and he passed his first test with flying colours.

A clean sheet on his debut was always going to make for pretty reading, but there were two more important factors that Solskjaer would have been keeping tabs on.

The first was distribution, with Henderson completing 18 accurate passes, ending the night with a 90% pass completion rate – the third highest in United’s starting XI. The 23-year-old was calm and composed in possession, switching up the play by variating between long balls out-wide, and short passes to his centre-halves.

It’s an aspect of his game that needed to improve coming into this new season, and his debut suggested that focus has been played on this area since returning back to Carrington.

Secondly, was his focus and shot-stopping. In contrast to playing in a deep-sitting Sheffield United side, Henderson has to be prepared to watch on during long phases of the game with the Red Devils. United are a side that like to get on the ball and play forward, meaning the goalkeeper will only have select moments of the game to be called upon.

His reflexes and sharp-witted focus came alive when he produced a magnificent save to prevent a Luton equaliser. Henderson pulled off a long, strong right arm save to his near post, denying the Hatters what would have been a crucial goal. It took until the second-half for the Englishman to be called into question, but it was another task that he answered convincingly on the night.

2 tackles. 93% pass completion rate. A 7.5 WhosScored rating. And a clean sheet to go with it. Nemanja Matic makes it all look so easy at times, anchoring the midfield.

The Serbian was greatly missed against Palace, and he showed the importance of his resilient nature yet agin last night. His stats were as solid as ever, but it’s his overall presence that significantly improves the shape of this United XI.

His touches in the middle highlight his commanding performance, whilst also showing very little desire to push on forward. Instead, the Serbian is happy to sit deep and offer protection, a trait that was required for the likes of Jesse Lingard, Donny van de Beek and Juan Mata to roam forward inside the final third.

There was limited pace in the Red Devils’ starting XI, meaning interchanging and movement were key to unlocking Luton’s defence. Matic granted a licence for the attackers to do exactly that.

Donny van de Beek will be a hit

He’s only featured for the club for 101 minutes, but Van de Beek has already showcased exactly what he will bring to this United team.

Brought in as a progressive figure, the Dutchman has been a bright spark in his opening two games for United, roaming around the final third and helping transition attacks.

In more a free role last night, Van de Beek was offering direct support to Odion Ighalo, maintaining a high positioning in that no.10 spot, popping up in the half-space pockets and turning with the ball.

Both of the midfielder’s heat-map and touches highlight his desire to stay inside the final third, as opposed to dropping deep and clustering the middle of the park. He was always available to feed through into space, giving the central midfielders an option at all times.

Van de Beek also showed intent to break into the box, nearly scoring an identical goal to his debut strike against Palace, but the effort stung the legs of John Shea.

His positivity and energy was a positive aspect of United’s play last night, and the early signs suggest that the midfielder is on course to enjoy a very productive debut campaign in red.

The above two graphics were taken from WhoScored.