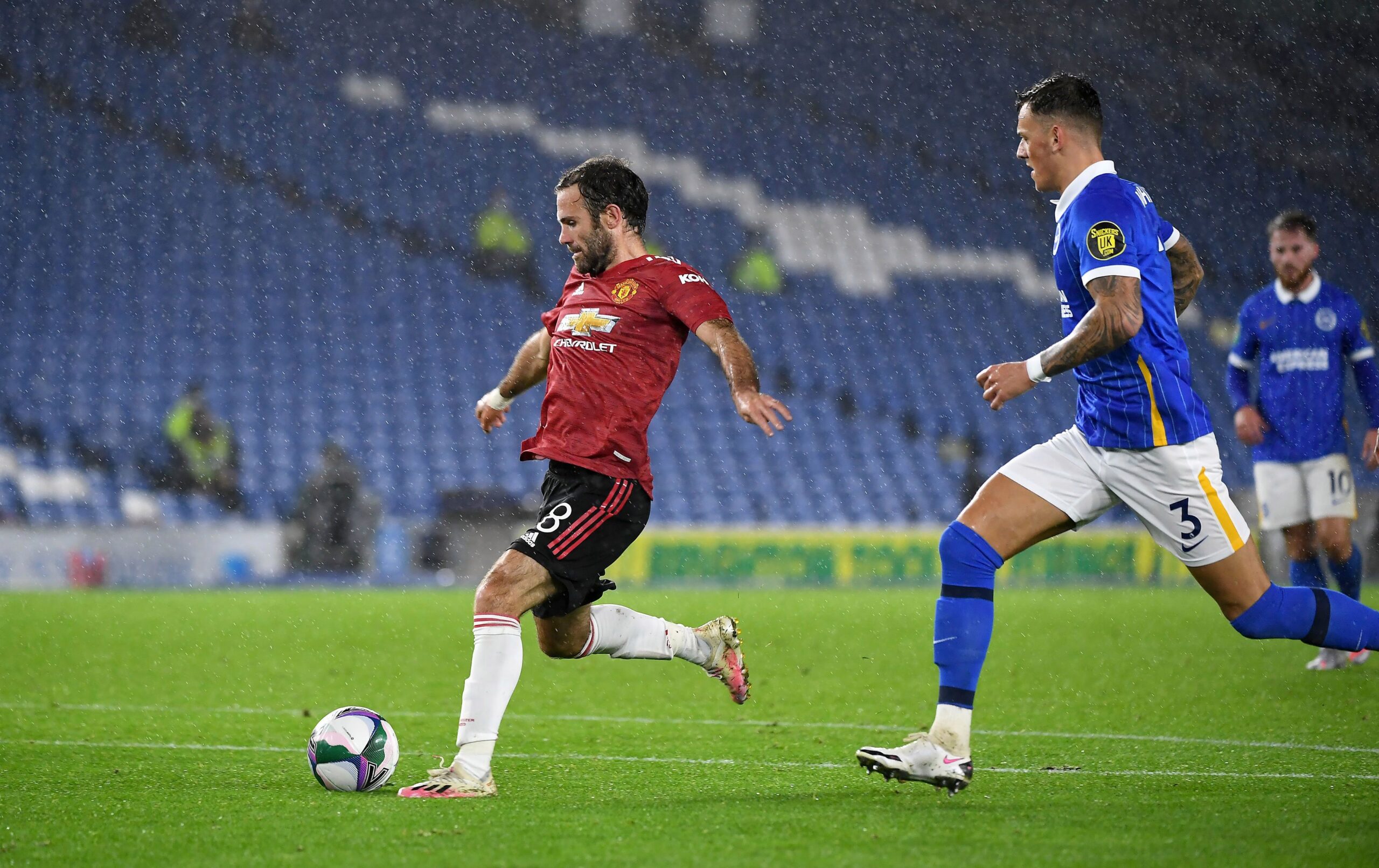 Some more minutes in the tanks of several squad players alongside an organised performance saw Manchester United pick up another victory away to Brighton, this time 3-0 in the Carabao Cup Round of 16.

For the second time in four days, Ole Gunnar Solskjaer’s side paid the Amex a visit, but after an enthralling Premier League fixture on the weekend, the wet Wednesday night fixture proved to be a much more comprehensive shift at the office for the visitors.

“Another good night I would say,” said Juan Mata, the key man in the competition for United so far this season, in his post-game interview. “I think we played good today. We knew they were going to play from the back, and today I think we played really good.”

Brighton once again were stubborn and adventurous, but a sturdy United back line marshaled by Dean Henderson kept the Seagulls out en route to a second consecutive Carabao Cup clean sheet.

The Reds also went on to score three against the hosts once again, but this time, the aforementioned veteran Mata was at the center of all proceedings, subsequently receiving plaudits from the boss.

“Juan Mata is the ultimate professional. He doesn’t surprise me when he plays like this,” said Solskjaer.

Getting everyone involved with some tricky, intricate football, the midfielder recorded a goal and an assist to Scott McTominay’s headed opener. The score was then rounded off late by a sweet free kick from substitute Paul Pogba.

Mata’s strike was cutely set up by a flick on from newcomer Donny van de Beek. The Dutchman noted another solid display from the start for the Reds, and United’s captain on the night was full of praise for his new teammate in the aftermath.

“He’s (van de Beek) a very clever player,” Mata said. “I love playing with him. He understands football the way I like, which is one-twos and passing and moving.”

United’s No. 8 also referred to his current form and what this competition means to him and his teammates as the season slowly gets into the swing of things.

“I feel good physically and mentally and have a passion for the game. I have a lot of football left in my legs and my mind,” Mata explained.

On Carabao Cup: “It means a trophy. We want to lift trophies for our fans. We want to do it again. We try to win every game. This is different this year with the early stage.”