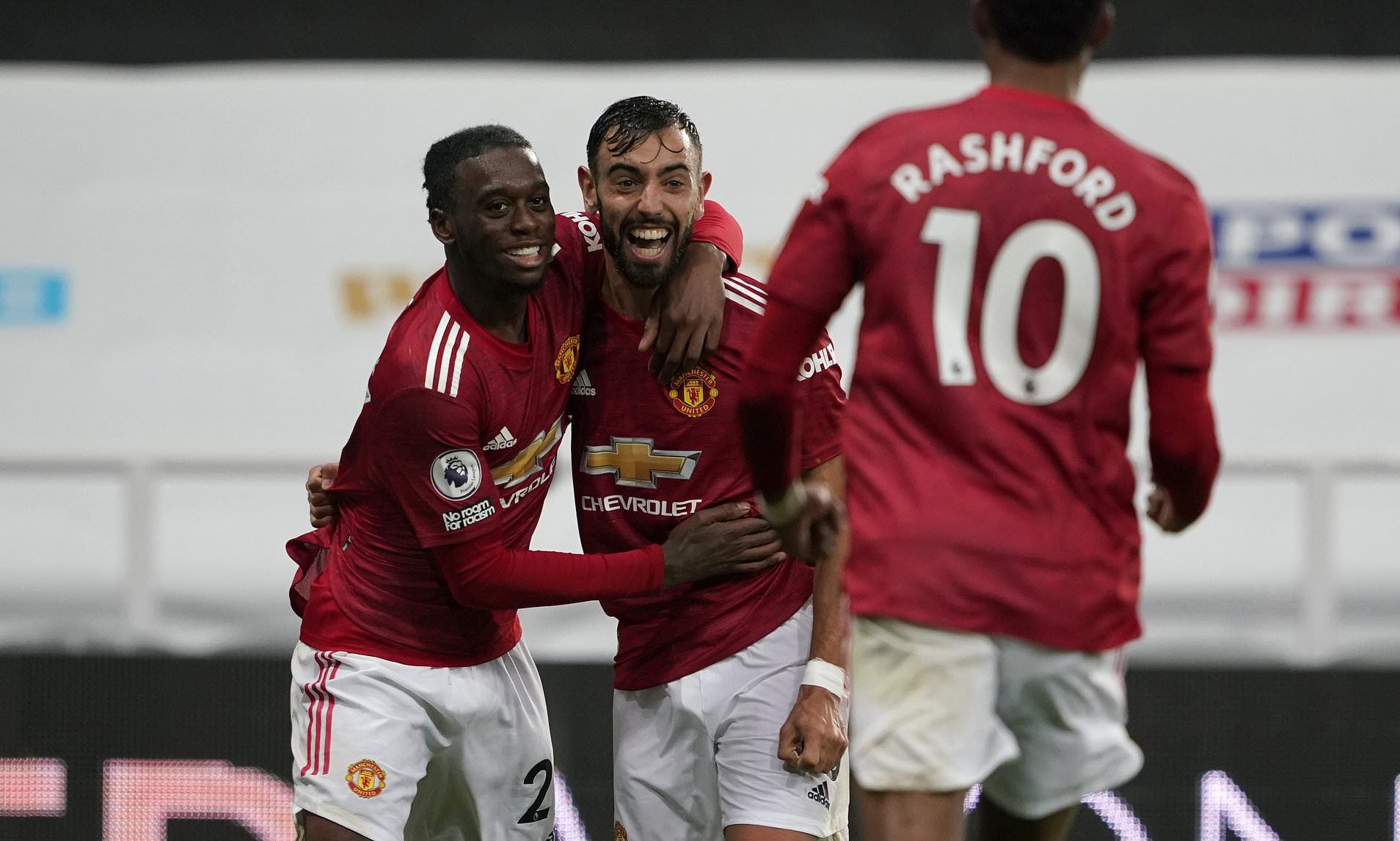 Manchester United ensured they came back with all three points from the North East after a comfortable 4-1 victory against Newcastle United. An own goal from Luke Shaw got the Red Devils off to a terrible start, but captain Harry Maguire powered his team level after a glancing header from a corner. Late goals from Bruno Fernandes, Aaron Wan-Bissaka and Marcus Rashford ensured Ole Gunnar Solskjaer’s men got off to the perfect start ahead of a difficult fixture period at Old Trafford.

The first half saw Newcastle take an early lead after a deflected cross from Emil Krafth came off Luke Shaw, making the ball glide past David de Gea. Questions will remain as to whether he could’ve dived in time to get a hand on the effort, but he was left helpless, seeing The Magpies into an advantage. United’s midfield will be disappointed they left holes of space in the middle of the park, which ultimately contributed to the goal.

From that moment though, United were the more dominating side and took control of the game, making intricate passes in the final third, Juan Mata and Bruno Fernandes being the standout creators in the first 45 minutes. As well as this, United’s off the ball work significantly improved from their previous fixture, pressing high when necessary, with Aaron Wan-Bissaka continuously finding himself in offensive areas supporting the attack.

They were unfortunate not to equalise from a stunning strike from Fernandes, consequently ruled out by VAR after an offside in the build-up by Mata himself.

Not long after, United equalised after a wonderfully delivered corner from the Spaniard met the head of Harry Maguire, who thumped in a delicately glanced header past Darlow. The talk of the town before the match circulated around the performances and mental state of United’s captain, but Solskjaer’s decision to start him seemed to have paid off, getting a goal that will massively improve his confidence.

The second half saw United start as they finished the first, dominating the midfield area on the pitch, arguably where the game was won. Mata and Fernandes were the standout players throughout, constantly picking up spaces with fast and intelligent play, being the main sources of creativity. Without them, United would’ve lost the game.

David de Gea showed fantastic reflexes after a brilliant point-blank save, denying Callum Wilson from 5 yards away from goal. United’s goalkeeper brilliantly clawed an effort away from The England international, keeping his team in the game.

The 56th minute saw United win a penalty after Jamal Lewis made contact with Marcus Rashford’s shin, bringing the new MBE down in the box. He seemed to be looking at the ball, but the force of the move towards Rashford’s leg is what swayed the decision. However, Fernandes’ penalty was brilliantly saved by Karl Darlow, pushing it away with a powerful hand.

In moments, it felt like it was never going to go in favour for Solskjær’s team, who were repeatedly knocking on the door, creating plenty of opportunities throughout the half. Harry Maguire had another header cleared off the line, courtesy of Jonjo Shelvey. What impressed was the attitude to continuously keep trying to get efforts on goal, which the team did successfully.

The changes towards the final 20 minutes of the game contributed to a frenzied finale at the end, Dutch international Donny Van de Beek and Paul Pogba coming on for Daniel James and Fred. This assisted in giving much needed energy and creativity, meaning United could break at a faster tempo. This was epitomised in Fernandes’ goal. A great transitioning ball from Van de Beek opened up space for Rashford to reverse the ball back to Fernandes, who finished accurately from a tight angle.

The game was wrapped up by Aaron Wan-Bissaka, who had an impressive 90 minutes in the game. On numerous occasions, he was found bombing forward, supporting attacks, elements needed as a modern-day full-back. This side to his game will have impressed United supporters. Marcus Rashford once again set up the goal, picking out his fellow teammate, who fired the ball into the roof of the net.

Manchester United’s dominance was foreshadowed by the final goal after a sensational cutting edge ball from Fernandes found Rashford, who beat Krafth for pace, running directly into the box before slotting home the fourth.

The win will take some much needed pressure of United manager, Ole Gunnar Solskjaer, who will be pleased with his team’s overall performance. He will be hoping this can be used as a morale boost, going into three tough fixtures against PSG, Chelsea and RB Leipzig. Certainly, the display was faster, more energetic, and much more inclined to what a Manchester United performance should look like. Overall, it was a positive evening for the men in red.