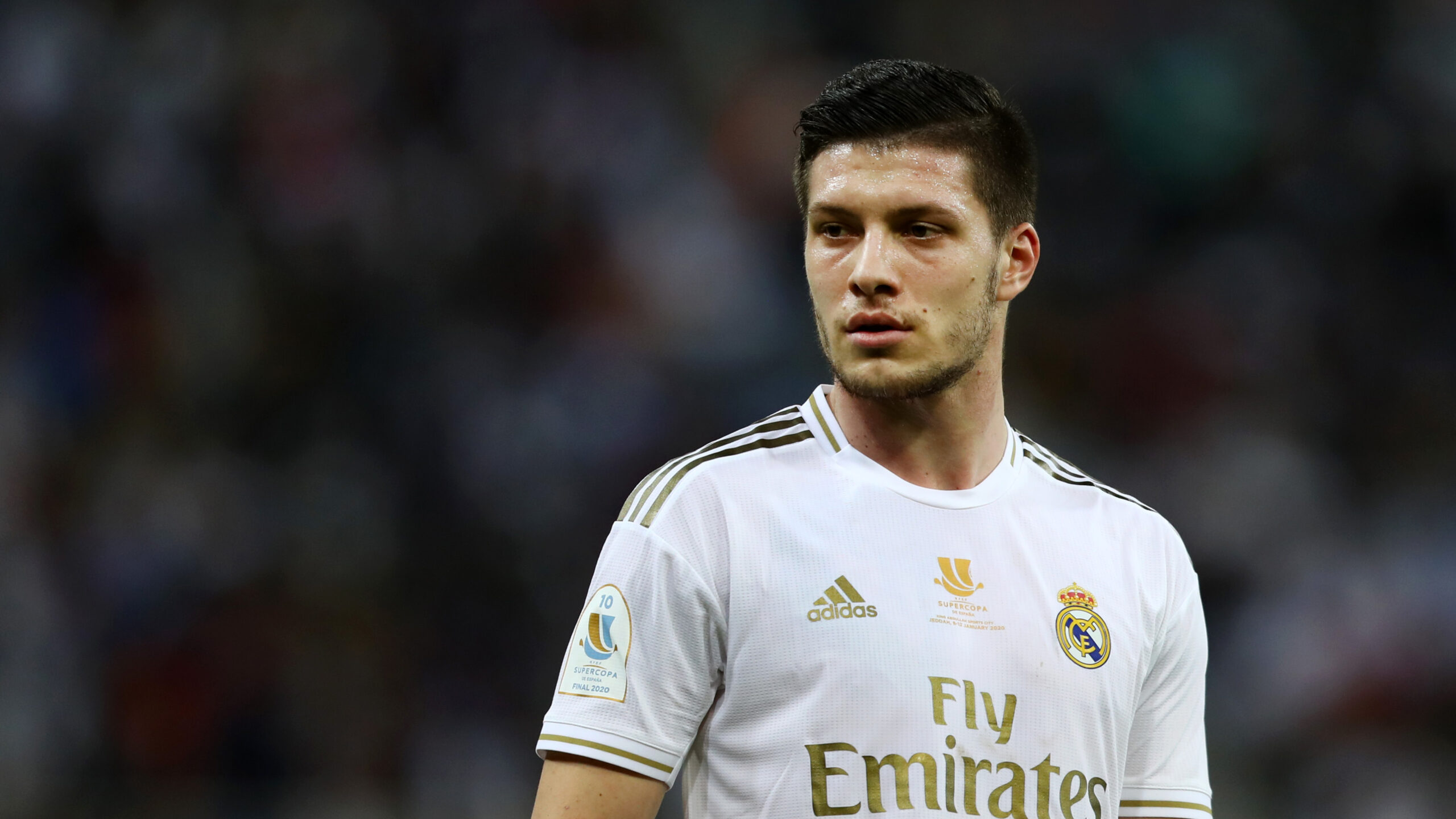 Zinedine Zidane has remained coy over the rumours that Manchester United are looking to sign Real Madrid striker Luka Jovic on loan.

The news was broke by Gianluca Di Marzio on Tuesday afternoon, who reported that the Red Devils are currently looking for a new striker. The journalist claimed that the club are in talks with free-agent Edinson Cavani, and also Jovic.

This isn’t the first time that United have been linked with a move for the latter, with reports emerging last summer about their interest, whilst the player was at Frankfurt. Madrid soon swooped in for £50m though, but the Serbian has failed to hit the heights expected of him.

With just two goals to his name, the 22-year-old has struggled in Spain. He has been in-and-out of Zidane’s team, failing to assume the starting position from the ever-reliable Karim Benzema.

When asked about Jovic’s future, the Madrid manager didn’t give much away, but also refused to shut down the rumours (h/t Goal): “You have to take everything into account. Until the fifth [of October], the market is open. We will see. The players are fine and that’s what interests me.”

As per Di Marzio, talks are ongoing. United clearly feel a need to strengthen up-top, given their lack of depth in the number nine position. Odion Ighalo looked sluggish against Luton Town, and Solskjaer looks to be in the market for an upgrade, particularly with Champions League football to come.