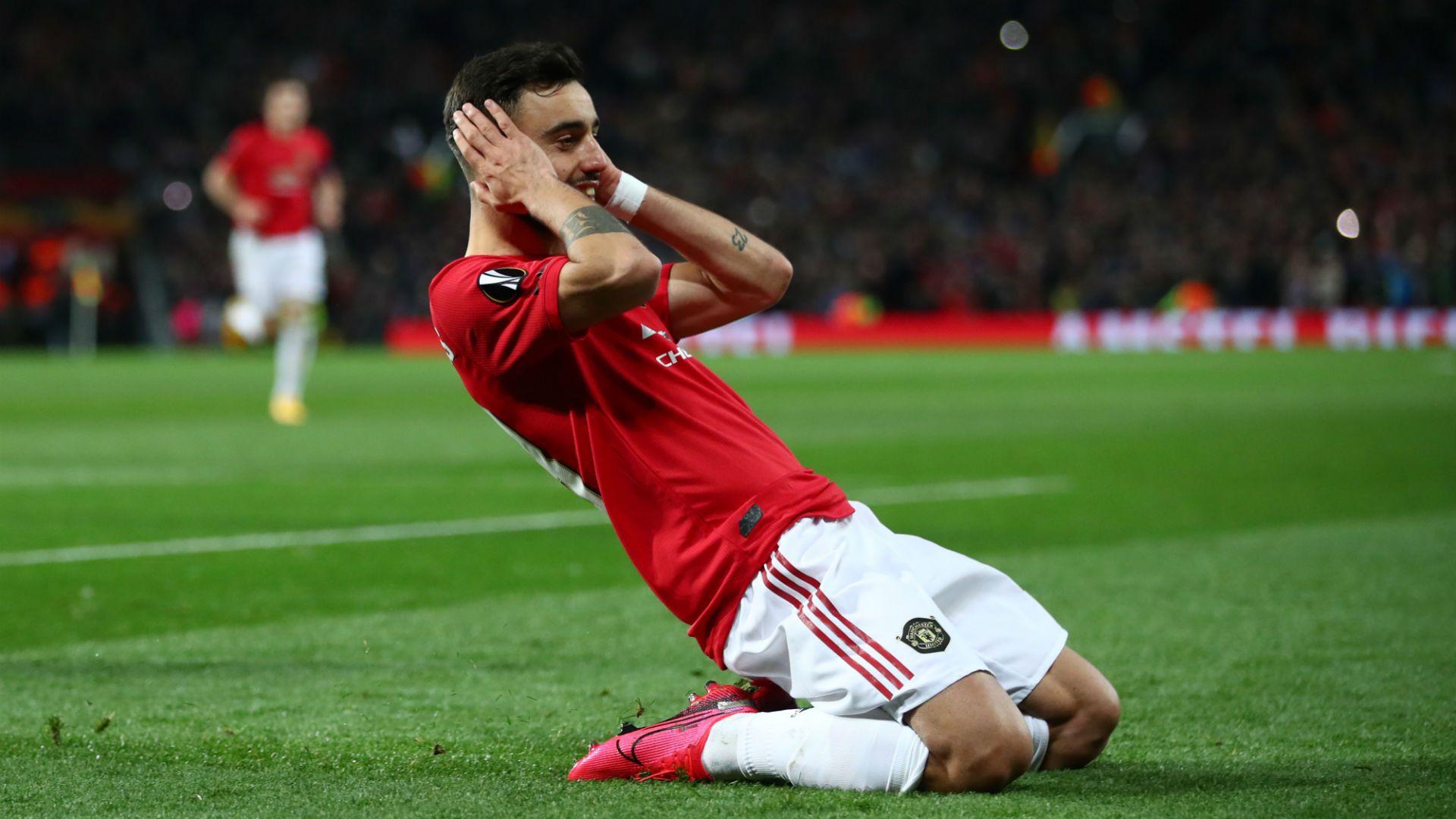 It’s no overstatement to say that Bruno Fernandes has been an absolute revelation since his arrival in January of this year. He has been directly involved in 17 goals in his last 16 league games alone.

He may be a serial assister, but seeing the ‘Portuguese Magnifico’ celebrating his own goals is something United fans have become very accustomed too as well, and each time we do, we get to see that now trademark celebration of putting his hands over his ears. But what does it mean?

Bruno sat down with the Players Tribune to discuss all things United and his career at the club so far, and that very question came up. Its origins not only show an insight into his mentality as a player, but the sweeter backstory shows how football permeates throughout his life as a whole.

While discussing the nature of criticism in football, the 26-year old responded: “I like criticism… it helps you to improve and understand that you can’t relax. It motivates me.” He went on to say that he does not surround himself with “yes men” and that he prefers people “who aren’t afraid to point the finger at me and tell me where I’m going wrong.”

Fernandes then opened up on his home life and how this relationship with constructive criticism remains the same: “I like to come home after a match and hear, “I love you, but you really should’ve scored today. Good passing, yes. But many missed chances.”

It would seem that his three-year-old daughter, Matilde is his biggest challenger and that it was her refusing to put away her toys and put her hands over her ears to pretending she wasn’t listening that spawned the celebration.

After pulling out the celebration a few times, he realised that “Matilde would watch (him) on TV and she started to understand that it had a meaning — that it was all for her.” From that point on, the celebration was born and took on a wider meaning of not listening to what other people say, just like his daughter.

So, it would seem his biggest critic and one of the few he actually pays attention to is his daughter and that his main problem is keeping her happy, stating “if I forget to do it, or even if the TV cameras don’t catch me doing it, it’s a problem.