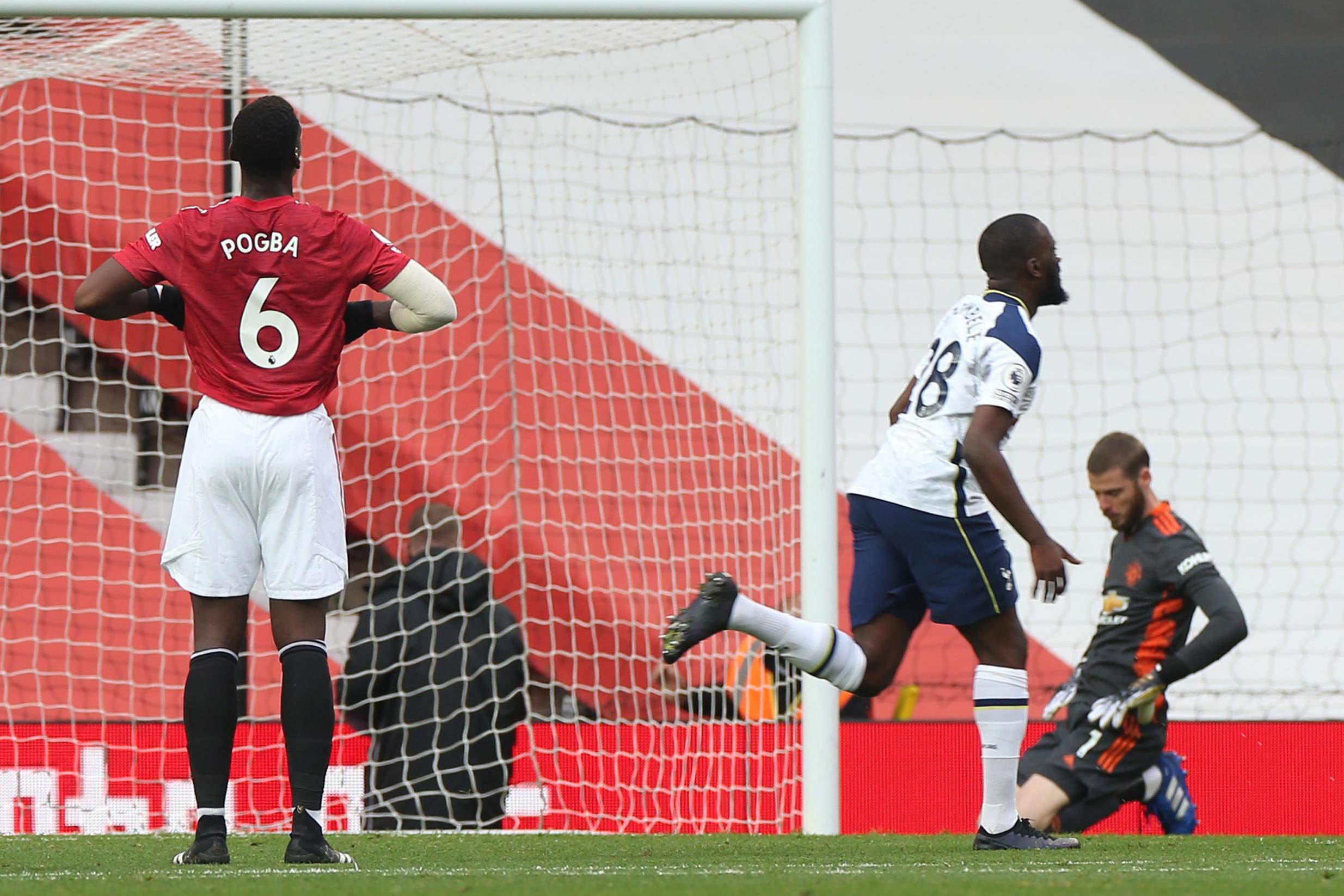 The mood around Manchester United Football Club dived into more misery after Ole Gunnar Solskjaer’s men were thumped by Jose Mourinho’s Tottenham Hotspur 6-1 at Old Trafford. A scoreline to forget, but one no Manchester United fan deserves to put up with. Only one word could be used to describe the performance. In the words of Gary Neville; “Pathetic”.

Straight from the kick-off, the tempo to the game was fast, Anthony Martial earning United a penalty after being brought down by Davinson Sanchez, 33 seconds into the game.

Bruno Fernandes cooly slotted away from his stepped run-up to give the home side the lead. The advantage was shortly cut minutes later after terrible defending from both Harry Maguire and Luke Shaw, failing to clear the ball from the 18 yard-box, resulting in Tanguy N’Dombele hammering Tottenham level.

Foreshadowing the pacy start to the game was Heung-Min Son and Harry Kane, who looked sharp every time the ball was in their possession. This was epitomized for Spurs’ second goal, Harry Maguire giving away a cheap free kick, where Kane quickly slotted through the South Korean on goal, who beautifully chipped the ball over David de Gea.

Spurs were creating plenty of chances and could’ve had more than four after half time, but the moment the game changed momentum was in the 27th minute, after Anthony Martial was sent off, appearing to throw a hand towards Erik Lamela’s face. Upon replay, The Argentinian appeared to throw his elbow to cause the conflict between the two, so it would seem rational to suggest he should’ve left the pitch as well.

Moments after the incident, Eric Bailly poorly gave the ball away after a lacklustre pass to Nemanja Matic, who was dispossessed. The ball found its’ way to Harry Kane, who made sure of the Lilywhites taking control of the game.

Towards the end of the first half, Spurs’ ensured it was a day to remember for Ole Gunnar Solskjær, Son finding space in the box after a lack of desire to shut down Tottenham’s attackers from Luke Shaw and Harry Maguire. He beautifully stuck a toe out, delicately finishing once again past De Gea.

United started the second half like they ended the first. Scott McTominay and Fred were introduced for Nemanja Matic and Bruno Fernandes, in an attempt to control the midfield for the remainder of the match. Consequently, this move didn’t work as Pierre Hojberg slotted a beautiful pass towards Serge Aurier, who fired low into the bottom corner to make it five.

Paul Pogba gave away a penalty after sloppily bringing down Ben Davies in the penalty area, looking tired and lethargic. Harry Kane confidently dispatched from the spot, digging United into a deeper grave.

Questions will undoubtedly be pointed to the Manchester United board on the back of this performance. Everyone around the club realised a need to strengthen the first team, dating towards the back end of last season.

With Edinson Cavani and Alex Telles looking to be finalised, many will argue that United need more after this performance. The defence still looks weak and Harry Maguire arguably had his worst game for the club. A lack of leadership at the back seemed evident, with no one taking accountability.

Solskjær and his backroom staff will also receive criticism about his approach towards the game, but the holes in the team are there to be seen. Whilst the performance didn’t merit how a Manchester United team should play, one could argue that this team would’ve performed to a higher standard, should the squad have improved over the summer. There is no escaping that the display on the pitch, however, was embarrassing and fingers will be raised at the Norwegians approach to the game.

Evidence from the past is there for a clearer picture to be seen today. Jose Mourinho’s failure to secure any of his main targets in 2018 was arguably the main catalyst of his sacking as United’s man at the helm.

The same patterns are beginning to appear, at the consequence of Solskjær’s job. The Manchester United board have one day to answer their critics. Otherwise, the season is looking bleak already. What will be interesting to see, is how the club respond to this defeat. Should they fail, Manchester United appear destined to fall behind for the rest of the season.