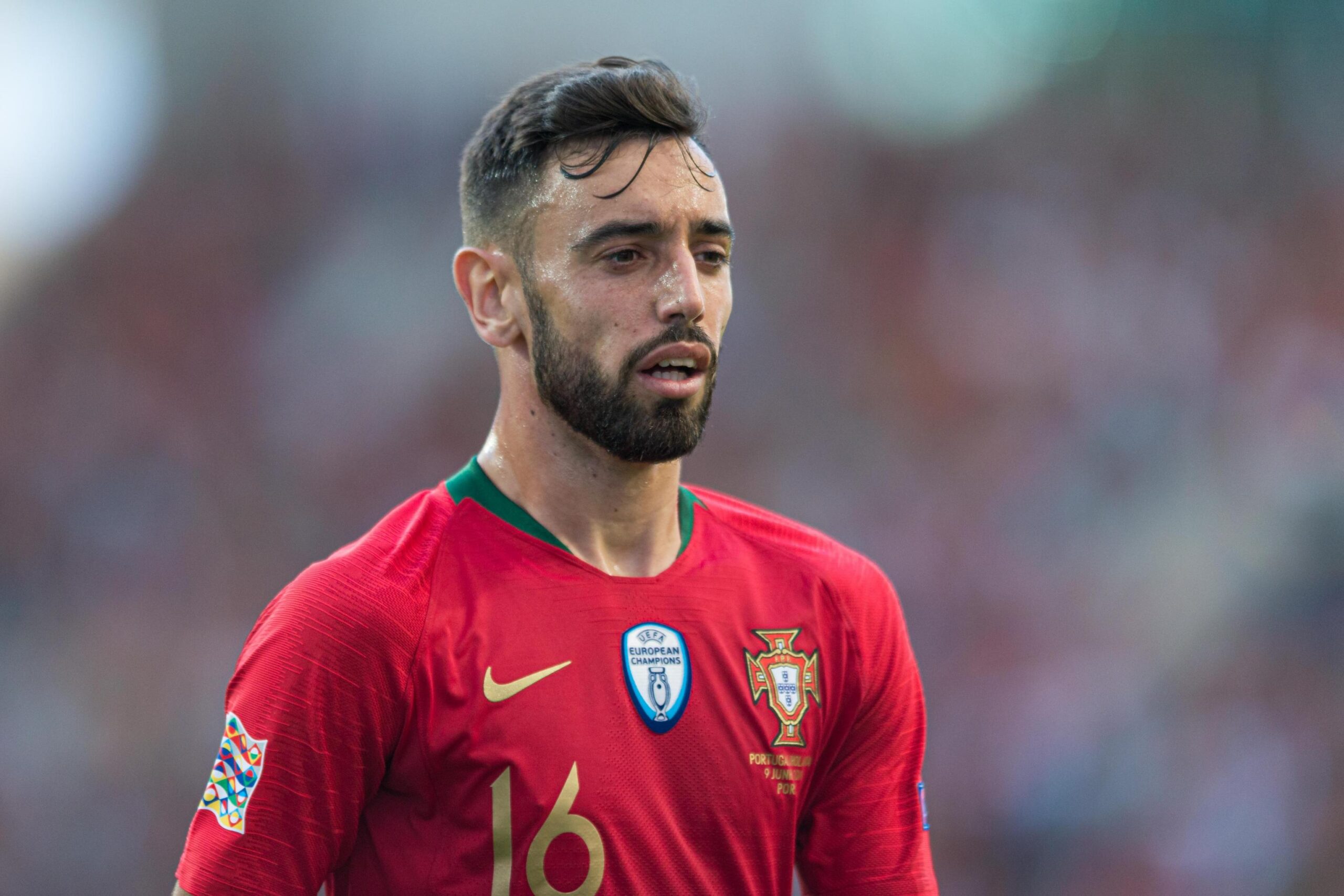 Bruno Fernandes missed Portugal’s game against Croatia last week but there was no reports of any injury – the midfielder started three days later when they faced France in Paris and was substituted 10 minutes before full-time.

Cristiano Ronaldo, who captained Portugal and played the entire 90 minutes against France, has since tested positive for COVID-19.

UK COVID-19 regulations say that anyone who has been in direct contact with a confirmed case must self-isolate for two weeks. However, the rule does not apply to footballers who have been in athlete bubbles, as Fernandes has.

The entire Portugal squad has been tested since Ronaldo’s positive return and all tests have come back negative.

It is unlikely that Bruno Fernands will be forced to sit out the next two weeks and he could well feature in Portugal’s next game tomorrow night but A Bola in his native country speculate that he could be watching United’s next four games from the comfort of his own couch.

“In light of the protocol carried out by the English Government, 10 Portuguese internationals may have to comply with mandatory quarantine after contact with Cristiano Ronaldo, infected with Covid-19, at the national team stage.

“This is the same rule that will prevent Edinson Cavani from making his debut for Manchester United as early as Saturday, as the Uruguayan striker has not yet completed 14 days of isolation after arriving from Paris to sign for the Red Devils,” the publication say.

Worst case scenario is that despite returning a negative test, Fernandes will have to quarantine for two weeks. In that case, United’s number 18 will miss games against Newcastle, Paris-Saint Germain, Chelsea & RB Leipzig.

A Bola’s article is more speculative than based on facts – Edinson Cavani won’t be able to feature for United against Newcastle due to the fact that he wasn’t in a secure bubble before his move. Fernandes has been tested regularly and returned a negative test since Ronaldo tested positive – the midfielder should be cleared to play.