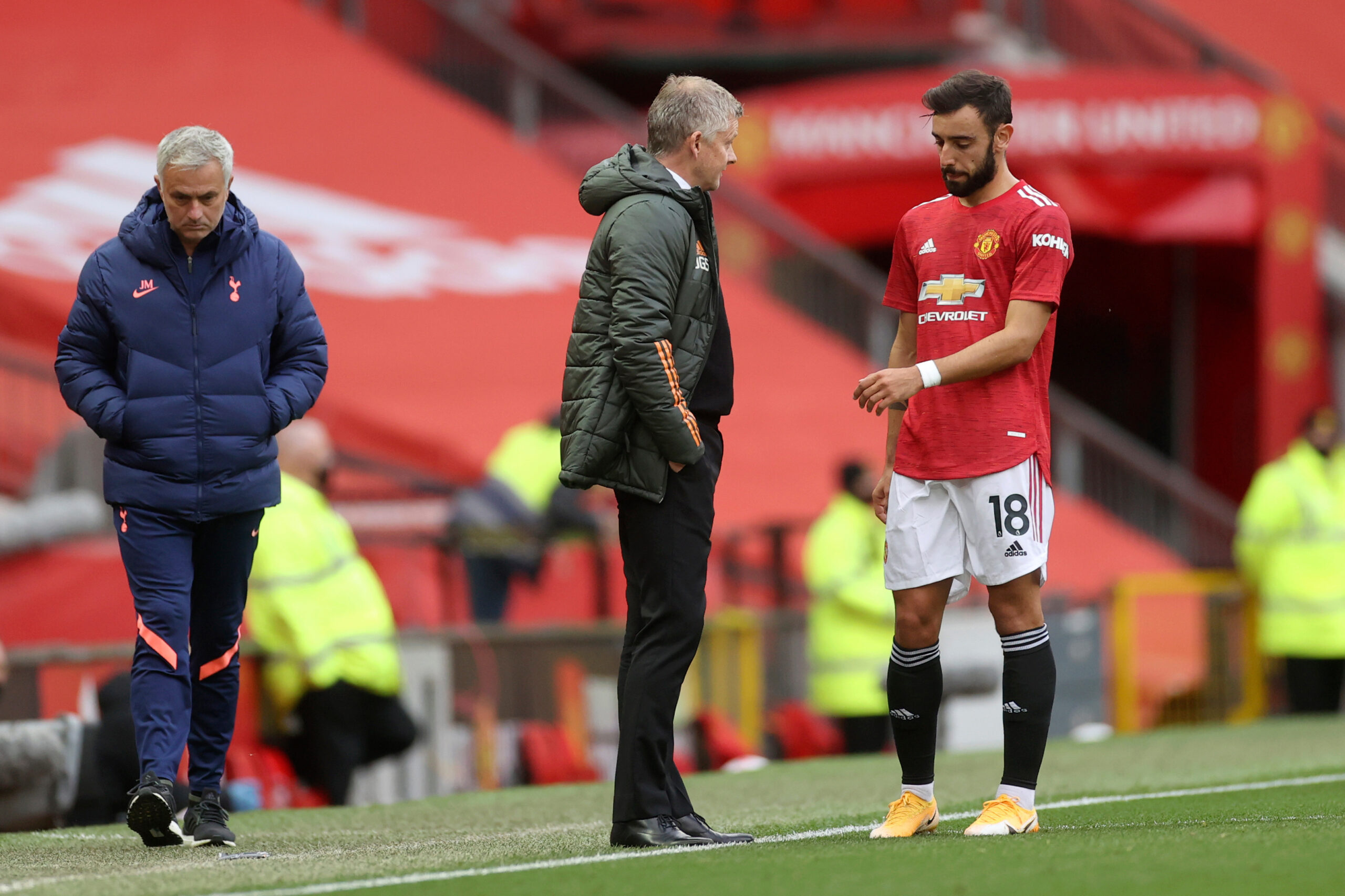 One of the rumours came after Bruno Fernandes was substituted at half-time of United’s second successive home defeat, the first time that has happened at the start of a new season.

Fernandes had reportedly been upset with players and coaching staff but these reports have been rebuffed.

According to Fabrizio Romano on the Here We Go Podcast, a source close to Bruno Fernandes says that the claims are ‘absolutely not true’. There is no problem between Fernandes and Solskjær and any claims saying otherwise should be dismissed.

It is believed that Fernandes’ substitution just over 10 days ago was a tactical one and you would give Solskjær the benefit of the doubt considering the amount of games Bruno has been forced to play this calendar year.

The international break saw Fernandes play two of the three games for his country, starting against France and Sweden.