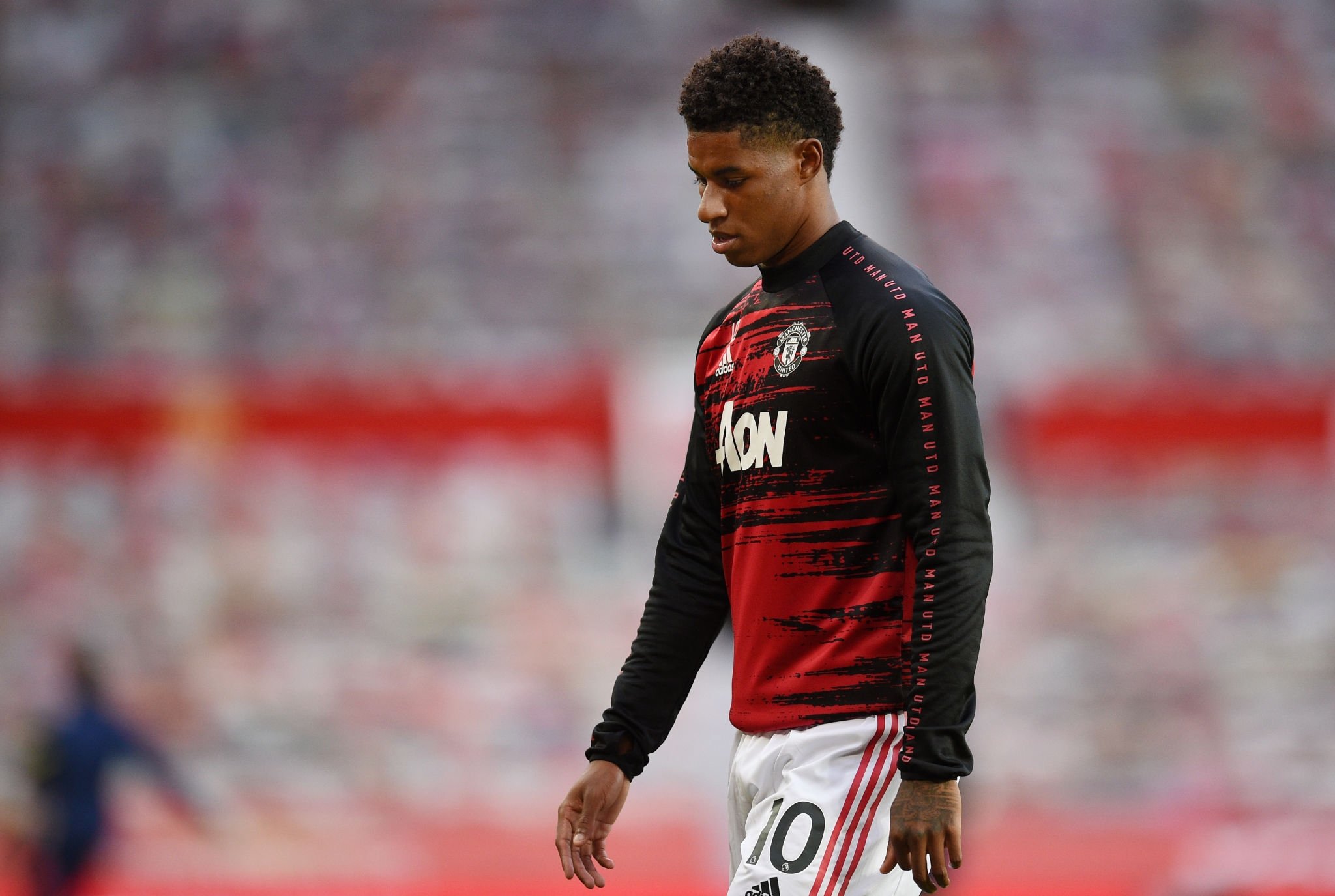 It’s quite hard to believe that Marcus Rashford is just 22-years-old.

His age often gets overlooked or even forgotten, amidst all the achievements he has already relished in during his life, with regards to both off and on the field duties.

Rashford was recently awarded an MBE for his services provided to vulnerable children during COVID-19, pushing for political reform and helping feed millions up and down the country.

Alongside this, he represents both Manchester United and England, and has been doing so since he was a teenager. In a recent interview, (h/t) Talksport, the youngster has been revealing all.

Speaking about his life and credentials, he said: “I think playing for United and England at a young age it helped me mature a lot quicker than I would’ve expected to. I’m grateful for those opportunities and very happy I was put in those positions. I do feel like I’ve matured a lot.

“I feel like I’m free to speak on things I feel strongly about. It’s because of those experiences in the past that make me feel so comfortable doing that.”

Rashford has grown to become a ‘voice of the people’, using his mass platform to advocate change in society. His fellow teammates, Danny Rose and Raheem Sterling, have also voiced their opinions in the past, specifically on depression and race.

Seeing such figures in sport speak out on matters like the above certainly helps them connect with the rest of society. Rashford has addressed players speaking their mind, labelling it as a huge positive.

He continued to say: “In sports things change all the time and especially in our generation, there’s more people speaking out on issues that they feel strongly about and it definitely gives you the element of freedom to speak about things that are important to you.

“That’s actually how everything first started for me just speaking on something I thought was right. I don’t think players should feel bad about doing that.

“It’s becoming more and more important and the more that people do that, the more an eye-opener it to how many people we can help and we can affect.

“For me it’s a good thing and a positive thing that people feel that freedom to speak out on things.”