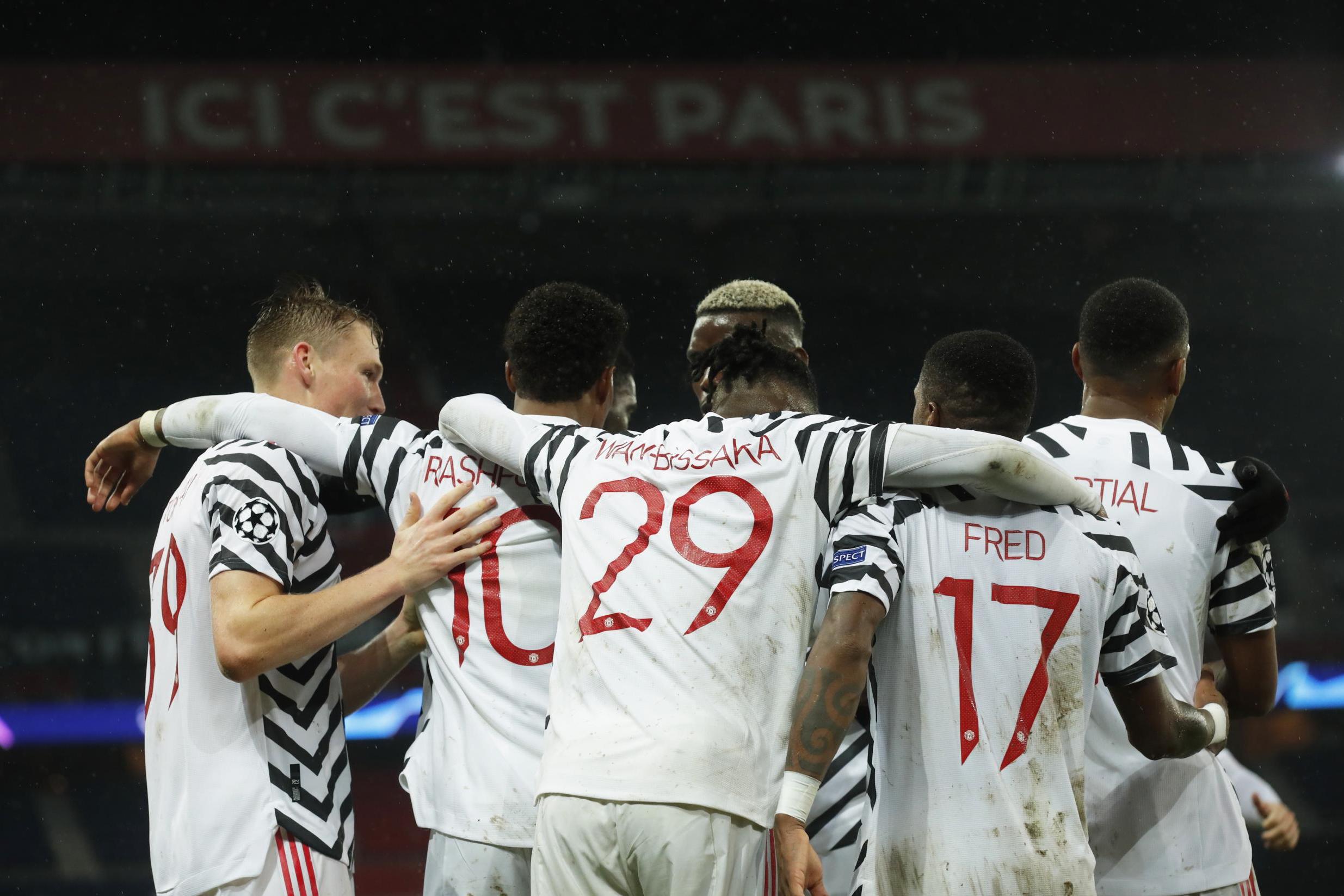 Manchester United began their Champions League campaign in superior fashion after a brilliant performance, beating PSG 2-1 in Paris. Bruno Fernandes put United ahead after confidently dispatching a penalty retake, but an own goal from Anthony Martial put Ligue 1’s dominant side level. It was only until late in the game where United found their deserved second, courtesy of a fantastic strike from Marcus Rashford.

The 22 year-old continues to perform on and off the pitch, emphasising to the world why he is one of the most exciting attacking talents in Europe.

In the first half, United shaped up with a clear game plan, nullifying any opportunities that arose to PSG’s value assets of Neymar and Kylian Mbappe. Every time both were in possession, they didn’t look to have enough time to think about their next move. This was due to the dominating performance by the midfield. Scott McTominay had an obvious role, to get tight to Paris’ number 10, and luckily for Solskjaer, it was working to perfection.

The Parisian’s looked threatening in the first 15 minutes, being comfortable in their transition play, bringing the best out of David de Gea in two quick occasions. Angel di Maria used his signature move of cutting onto his left foot from the right, curling an effort towards The Spaniards net, which he confidently saved. From this corner, he made a better stop, making himself look big, stopping Layvin Kurzawa from point blank range.

The game turned after Anthony Martial was brought down in the penalty area by a PSG defender, which permitted Fernandes to step up and take the spot kick. Dramatically, the Portuguese had his first effort saved by Keylor Navas, only for it to be brought back for a second opportunity after the former Real Madrid goalkeeper was caught clearly off his line. This allowed Fernandes to step up again, slotting the ball confidently into the net to give the Red Devils the lead.

Alex Telles continuously looked to provide more authentication that he gives United certain qualities they lack from their defensive positions. Time and time again, he was seen bombing forward, looking comfortable in possession, producing fantastic crosses from both corner kicks and open play. His performance foreshadowed United’s positive display, who kept their defensive shape, with workable tactics in shape.

The second half was tight, but PSG started as the brightest from the break, with Kylian Mbappe testing David de Gea, once again bringing out a phenomenal save from United’s number one.

The positive aspect of United’s approach was noted through their ability to quickly recover into position, stopping Thomas Tuchel’s side from playing their way. Out of nowhere though, they found themselves level after Neymar whipped in a glorious ball from a corner, which was consequently headed in by Anthony Martial.

Ole Gunnar Solskjaer came to Paris knowing what he needed to do to stop PSG’s attacking trio and he did so with ease. In fact, the majority wouldn’t disagree if you argued that United were the most threatening side, because they were. Countlessly, multiple opportunities were created, leaving plenty of chances in the final third. However, these were repeatedly wasted, lacking the killer pass. The threat United posed on the break was obvious, who made continuous attempts to threat Keylor Navas’ goal. Marcus Rashford found himself in positions where he had great chances to either slip in Anthony Martial or Bruno Fernandes, but unfortunately, these were to no avail.

The momentum seemingly changed when the attacking substitution of Paul Pogba for Alex Telles took place. It allowed the game to become more open, but for united, it was to their advantage. After knocking on the door, they finally found their second after Rashford fiercely struck a low driven shot into the net, stepping up in times of need.

Solskjaer made a big call to bench the French international, starting with the same midfield duo that lined up against Newcastle. Both Fred and Scott McTominay didn’t let the manager down. Each had a specific job in the game, to block the transition, stopping PSG playing through the middle. This meant they were forced to play out wide, where Wan-Bissaka and Telles put in impressive defensive performances.

Disappointment was arisen throughout the summer window that United failed to acquire a fast and dominant centre-half, which would’ve upgraded a hole in the defence. However, after the performance from Axel Tuanzebe, United may need to look no further. He started his first game in over a year and performed as if he’s been playing during that period. The defender looked comfortable on the ball, dominating in the air and kept up with the pace on Mbappe on numerous occasions. Solskjaer will be pleased with his display, hoping to utilise him for other upcoming matches.

The result leaves United in a great position, achieving heroics when they were written off. This away fixture was seen by many as the toughest test in the group. Now, they have conquered this. Supporters and people inside the club will be hoping this acts as a stepping stone of confidence, going into two tough fixtures against Chelsea and RB Leipzig.