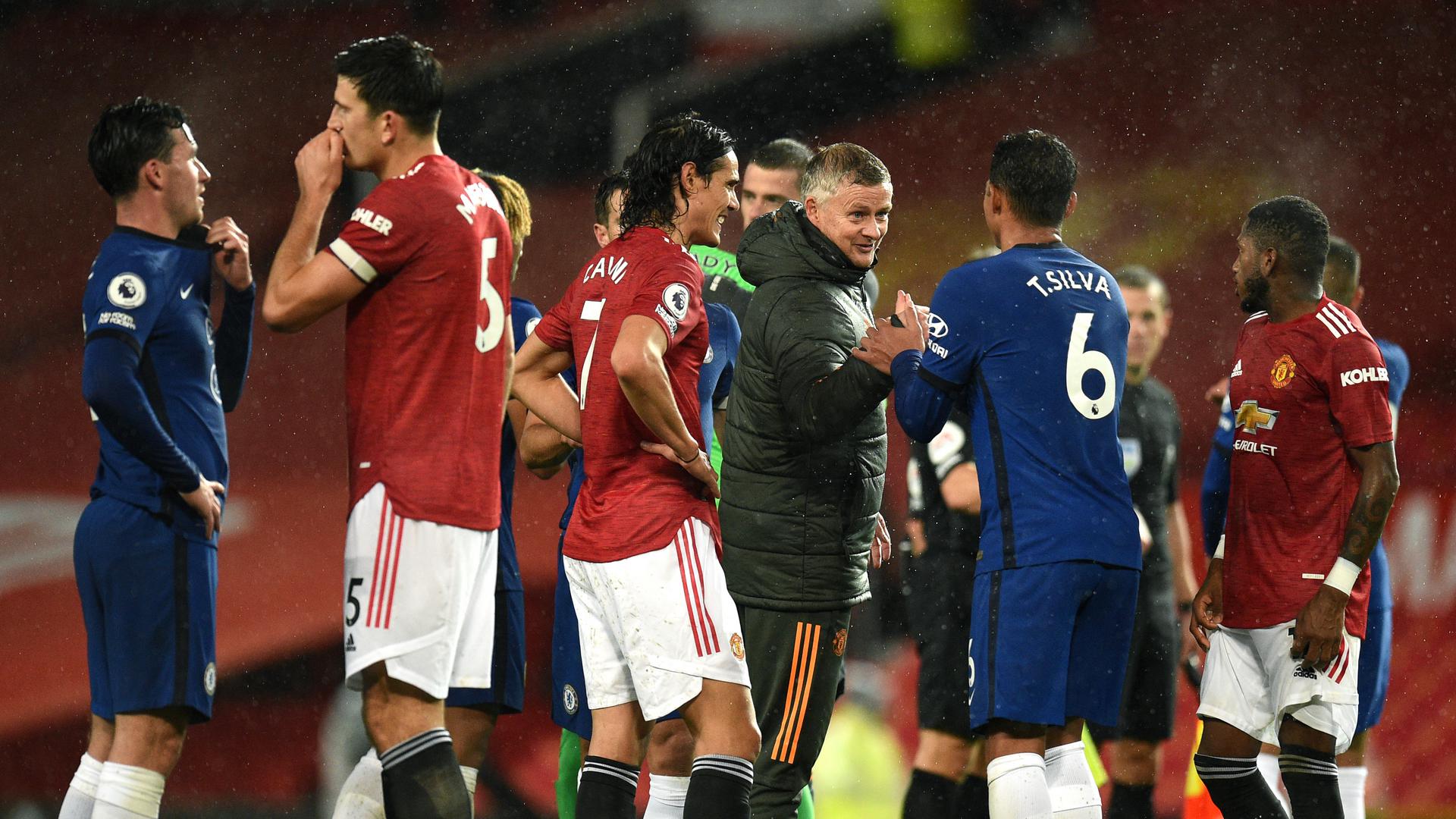 Better games have been seen at Old Trafford as Manchester United and Chelsea both remained at stalemate during 0-0 draw. Both manager’s would’ve been pleased with the defensive performances of their sides, the stars of the performance arguably Victor Lindelöf and Thiago Silva.

Although there were a few positives to take away from the game, Ex-United hero, Patrice Evra, made not of a variety of issues he found from the game:

“This was a safety game. They played with a safety jacket. I’m not about that I am about entertainment and playing without fear. Im not surprised Chelsea’s best player was Thiago Silva and Man Utd’s was Lindelof”.

Evra’s disappointment was in full flow against Jimmy Floyd Hasselbaink, criticising United’s approach to the game, which lacked the final cutting edge to put the ball in the back of the net. As Evra argues, “are you saying Manchester United are playing with fear? If we have leaders in this team they will not be scared. Right now, we don’t have the defenders to play four at the back. I know if Chelsea were attacking more we would be in trouble. Play three at the back like we did against PSG”.

The Frenchman progressed with his comments, and highlighted it “wasn’t in the club’s DNA to play this kind of game”.

These messages will send a certain message to the Manchester United fanbase, and will not quieten some of the criticism that exists around the first team. One positive that the ex Red Devil touched on, was the positivity around Edinson Cavani: “I know people were expecting a Sancho but this is the type of player we needed. What a signing for Manchester United. Edinson Cavani is a great signing for his leadership. He was sharp.”

David de Gea claimed he was happy with his row of defenders in front of him, and realises it is starting to make a difference in their confidence levels

“For us it’s very important to start to keep clean sheets, especially here at home. We defended really well, didn’t concede many changes and for me we created enough chances to win the game,” The Spaniard said after the game. “But it was a tight game against a good team, of course, but I think we deserved a bit more. Every training session we always try to improve, make the team better defensively and work for each other. So it’s important to get a clean sheet and that’s the way to keep going and to win games.

“I think we had two or three big chances with Rashford that their keeper saves. We deserved a bit more. [Late on] was the best time to score, but that’s us, trying until the end to score until the last second of the game.” We are not winning games here, and now is the time to start winning games at Old Trafford”.

Clearly, the Spaniard is disappointed that United failed to convert any of their clear-cut chances, despite the lack of opportunities appearing throughout the game.

Ole Gunnar Solskjaer was pleased with his side’s defensive display, but noted that a crowd at Old Trafford might’ve been the difference in today’s game;

“If that Stretford End is full, we might get some help and get the ball over the line,” he said. “Of course we wanted to win but I think it’s a solid performance when you think of the week we’ve had. We’ve had a very good week with two wins and a draw. It’s a different sport without the fans – we miss them. The edge has gone in football.”

Fans will be intrigued about the absence of Donny van de Beek appearing in the 90 minutes. During the game, Gary Neville highlighted his lack of playing time, sounding suprised that he hasn’t featured on more occassions this season:

“What is a mystery is Ole’s use of Van de Beek after he was signed for £40m. The more you see him not starting the more he must be thinking ‘what am I doing here?” The £40 million signing has had limited game time since arriving from Ajax, but Solskjaer insists that his time will come; “Don’t worry about Donny van de Beek. He will play and get games.”