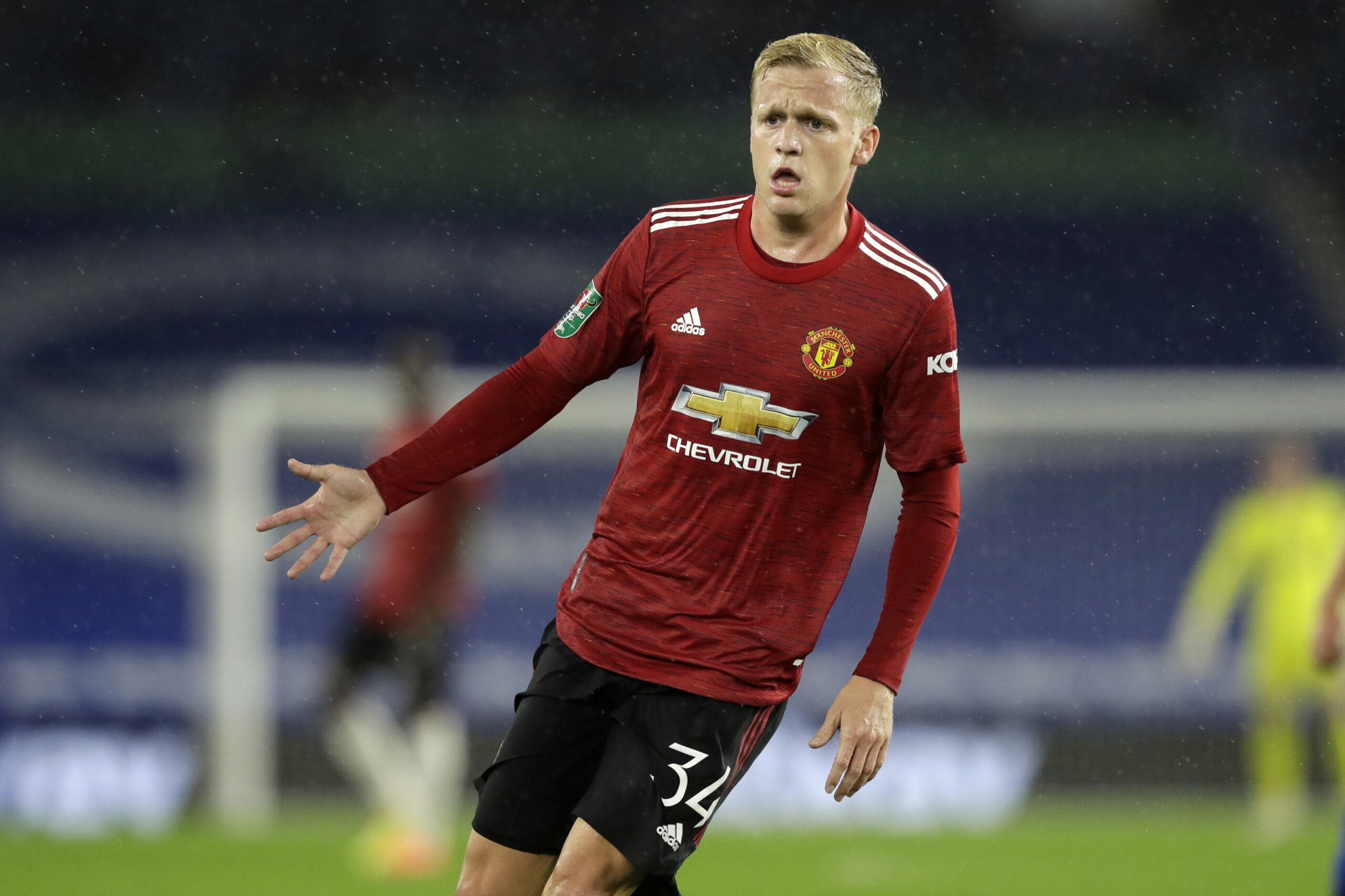 Patrice Evra has clarified his comments about Donny van de Beek and insists the midfielder wasn’t an ‘urgent’ signing for Manchester United.

Van de Beek is yet to start a Premier League game for United since his £35 million move from Ajax in the summer and was an unused substitute in the 0-0 draw against Chelsea.

Evra declared that United “don’t need” the 23-year-old while working for Sky Sports but now says his comments have been misunderstood.

“When I said we don’t need him – I will give you a few examples,” Evra said on Instagram.

“Fred, Scott McTominay, Nemanja Matic. You love them or you hate them when we have to play a big game, when you need to be strong, compact and run everywhere. They always deliver, this is my opinion.

“Donny van de Beek is better than Paul Pogba? No. A different player, but no. Bruno Fernandes? No.

“The way he played for Ajax, that’s what I want to see for United. But we have one problem. How many games has he started for United this season? That’s why I said we don’t need him, it wasn’t an urgent signing.”

Evra did admit that Van de Beek provides some much-needed depth to the squad and also expressed sympathy for the Netherlands international.

“But of course we need depth in the squad,” Evra added. “We challenge for many trophies so we need some players on the bench. I’m not happy with that, I feel sad for the kid.

“When you sign for a team, especially for £40million, you expect to play more. But I trust Ole, the player needs to trust Ole, keep his calm and he will get his chance. He will prove to us he deserves to play for Manchester United.

“So don’t twist my words when I say Donny wasn’t an urgency. I would never disrespect him.”