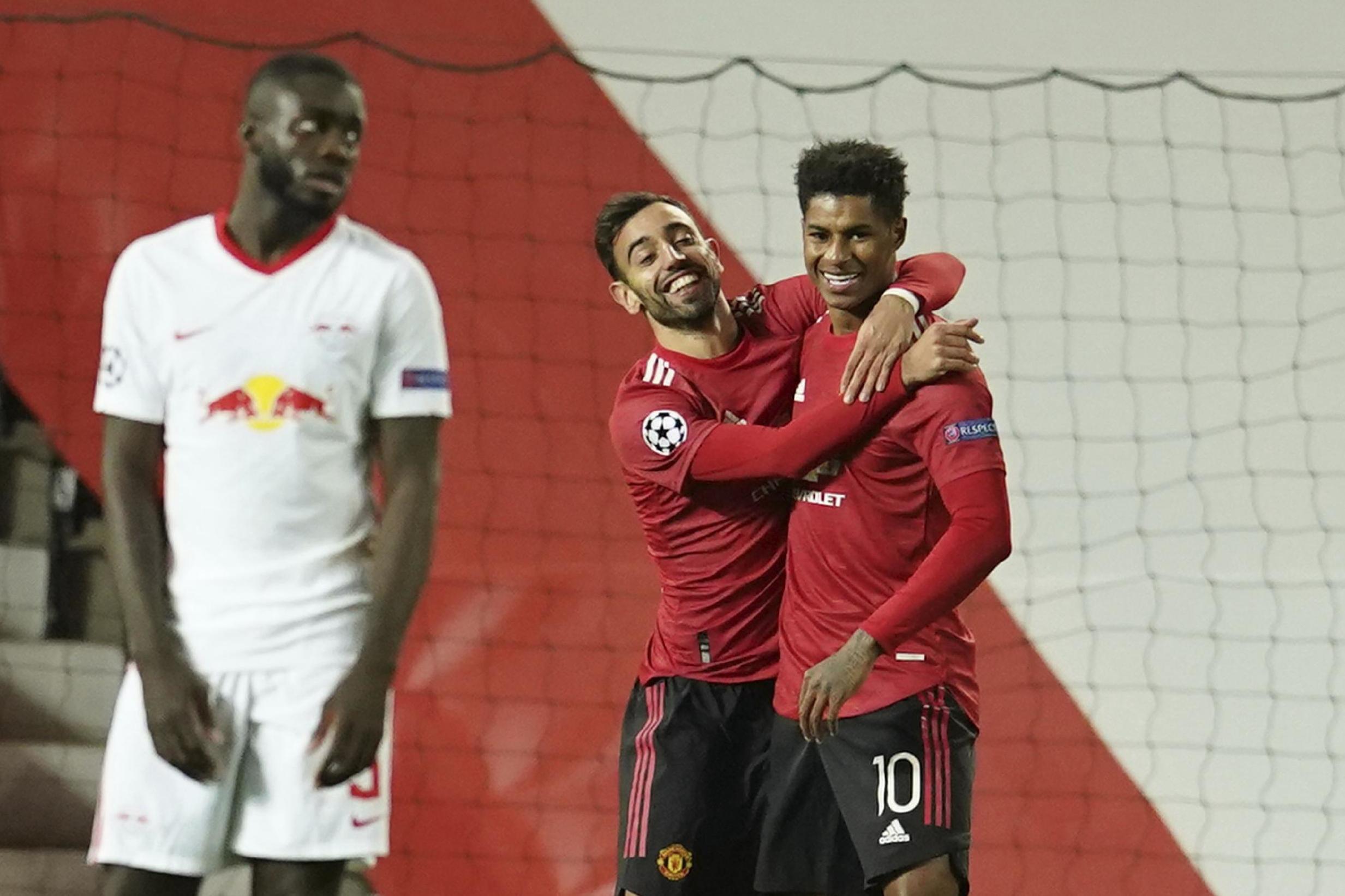 Old Trafford saw the return of Champions League football in positive fashion after Manchester United gained a thumping victory against Julian Nagelsmann’s RB Leipzig. A hat-trick from the nation’s hero, Marcus Rasford, as well as goals from Mason Greenwood and Anthony Martial ensured that Ole Gunnar Solskjaer maintained a 100% start in this season’s European campaign.

In the first half, you could envisage how Nagelsmann set up his Leipzig team, looking to counter-attack through their wingbacks, playing three at the back. From the beginning though, United came out with all guns blazing, looking comfortable when against the high press of the German side.

From a tactical point of view, the pace of the game was electrifying, which was expected judging by both manager’s thoughts in the pre-match press conferences. Leipzig like to play a fast game with the so-called ‘Gegenpressing’ technique, but United were also aggressively pressing when they were out of possession.

When both were out of possession, you could see that both teams were playing very high up the pitch, portraying how Solskjaer and Nagelsmann wanted their players to get tight to the opposing front players. However, it was United’s diamond that impressed in the first half.

Solskjaer’s midfield looked fluid and played an influential role towards United’s first goal. Paul Pogba physically charged through the middle of the park, creating space for himself to caress a beautiful pass into the feet of Mason Greenwood, who unnervingly slotted the ball past Péter Gulácsi to give United the lead. The young talisman marked his spot in Europe’s elite, showing his extreme expertise in front of goal with a finish his manager would be proud of.

The bright aspects of United’s first half play circulated around Pogba. The Frenchman looked to have occupied a position which was higher up the field compared to what he is usually accustomed to. He showed the quality traits to his game, being a physical presence in the heart of United’s midfield, as well as his skilful passing characteristics, contributing significantly to the first goal.

Leipzig started the second half with blistering pace, and were looking to press united again, but the men in red comfortably dealt with the tactics, keeping the ball well under pressure. United’s midfield once again looked comfortable and controlled. Donny Van de Beek created space for himself on numerous occasions to try and free either wing or Anthony Martial to an open shot on goal.

The substitutes of Marcus Rashford and Bruno Fernandes changed the tempo of the match, swinging into United’s favour. Both made an instant impact on the pitch. Visibly, they showed why they are Ole Gunnar Solskjaer’s standout first choices in his side, thinking ahead of the game before anyone else. Fernandes received the ball on multiple occasions when coming onto the field, occupying a free role in the number 10 position, as well as drifting out wide to recieve possession. His pass for Rashford’s first was exquisite and he was the undoubted midfield maestro when he was introduced to the game.

Rashford added an extra spark of dynamite when he exploded onto the field. The talk of the town portrayed the mannerism of his character, continuing to perform with his fantastic displays, both on and off the pitch. The England international caused a hefty amount of problems for Nagelsmann’s defence, finding the net three times in less than 16 minutes. He timed his first one goal perfectly, staying in line within his own half, confidently slotting ball when finding himself in a one v one situation against the goalkeeper.

His second was arguably his best, utilising his ‘sonic-esc’ speed to glide past the talented Dayot Upamecano, bullying the heart of the Leipzig defence. Similar to his finish in Paris, he smashed a low driven shot past Gulácsi, giving him no chance to save the shot.

He had the opportunity to convert his third from the box after Anthony Martial was brought down by Marcel Sabitzer. Once again portraying his leadership qualities, the young man decided to give the spot kick to Martial, who scored his first United goal of the season.

Rashford scored his and United’s final goal, receiving the ball from Anthony Martial, before quickly firing the ball once again into the back of the net.

An impressive feature of United’s performance was their defensive shape when up against Leipzig attacks. They were organised and stepped up the pitch when it was necessary to do so. Aaron Wan-Bissaka once again performed to a high standard, timing his tackles perfectly when needed, as well as looking comfortable in possession. He and Luke Shaw nullified any attacks coming through the wings, as well as supporting the offensive side to United’s chances, offering a good number of overlapping runs.

A lot of the talk before the game was situated on Donny Van de Beek, after failing to start a game this season for Ole Gunnar Solskjaer. The Norwegian decided to play his man, alongside Paul Pogba in the heart of midfield. For 67 minutes, The Dutchman looked neat and tidy when in possession, symbolising the effortless technique he contains in his locker. His performance will have no doubt pleased his manager.

Julian Nagelsmann has gained the headlines throughout Europe, courtesy of the talents he has displayed with the rise of RB Leipzig. But it was Ole Gunnar Solskjaer who won the tactical battle in superior style, outwitting the highly coveted German International, through his team looking comfortable against the high press, as well as pressing out of possession themselves.

The result leaves Manchester United in control in the group, three points ahead of second placed, Paris Saint-Germain. Solskjaer will be pleased with his team’s display, now looking like favourites to reach the knockout phases of the UEFA Champions League.