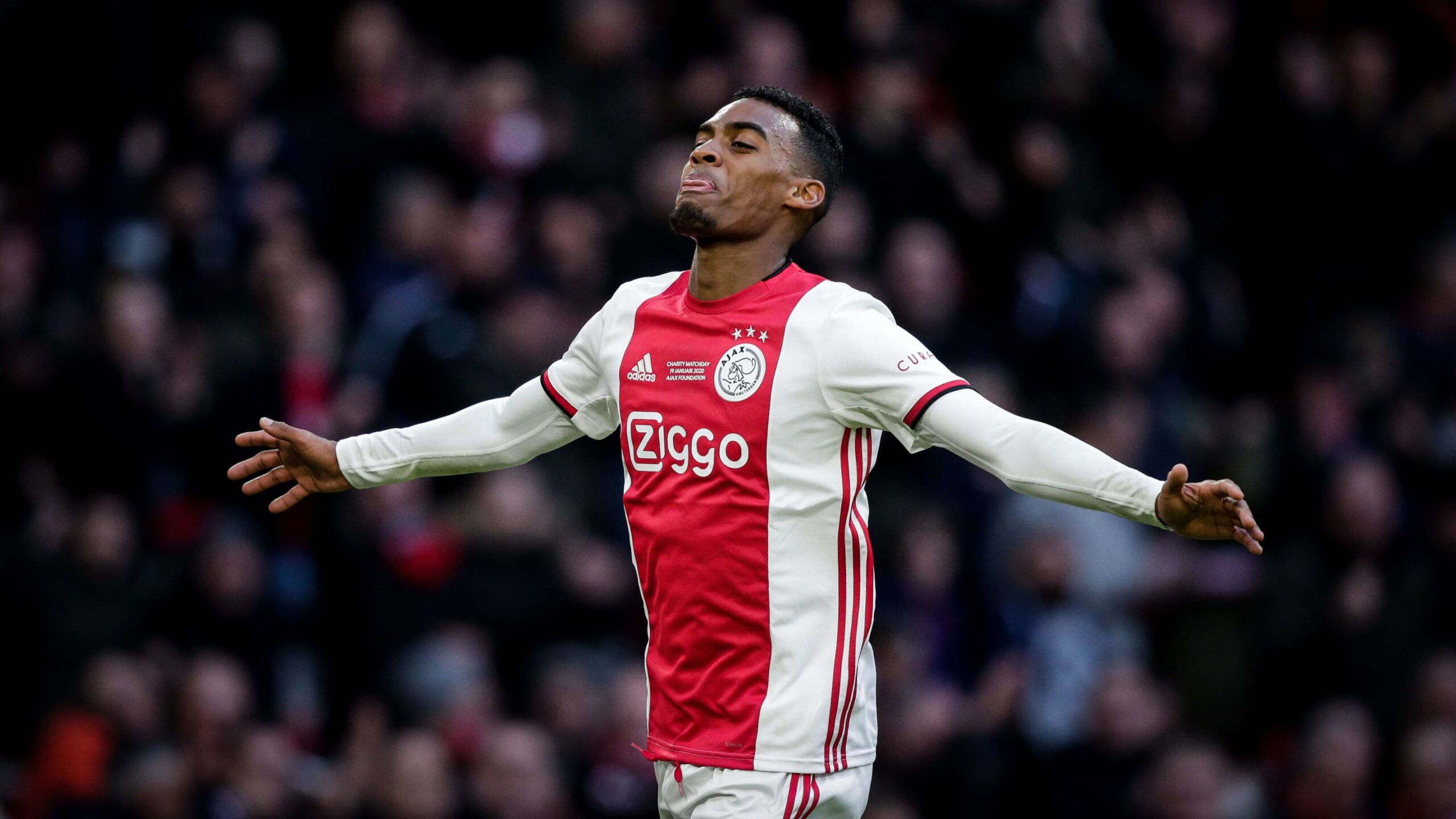 Manchester United have reportedly joined the race to sign Ajax’s Ryan Gravenberch with Barcelona also thought to be interested.

Gravenberch, who turned 18 earlier this year, has featured 4 times in the league for the Dutch club and started both of their Champions League games this term.

According to the Mirror, Ajax are ‘bracing themselves for another Premier League auction’.

The publication say that Barcelona and Juventus are said to have already made their interest known after watching him but the young midfielder seems to have caught the eye of United’s scouts.

Gravenberch is under contract with Ajax until 2023 and the Amsterdam club won’t be forced to sell anytime soon but will be aware of the pull that other European clubs have.

Donny van de Beek became the latest to feature for both Ajax and Manchester United but could Gravenberch follow his path?

The 18-year-old has recently, according to the Mirror, signed up with Mino Raiola. That will come to the bemusement of Old Trafford chiefs after well documented struggles with the superagent.

Raiola has overseen plenty of transfers involving United in recent years with Paul Pogba and Jesse Lingard both being represented by the Italian. Former Reds Henrikh Mkhitaryan and Zlatan Ibrahimovic were also clients of Raiola.