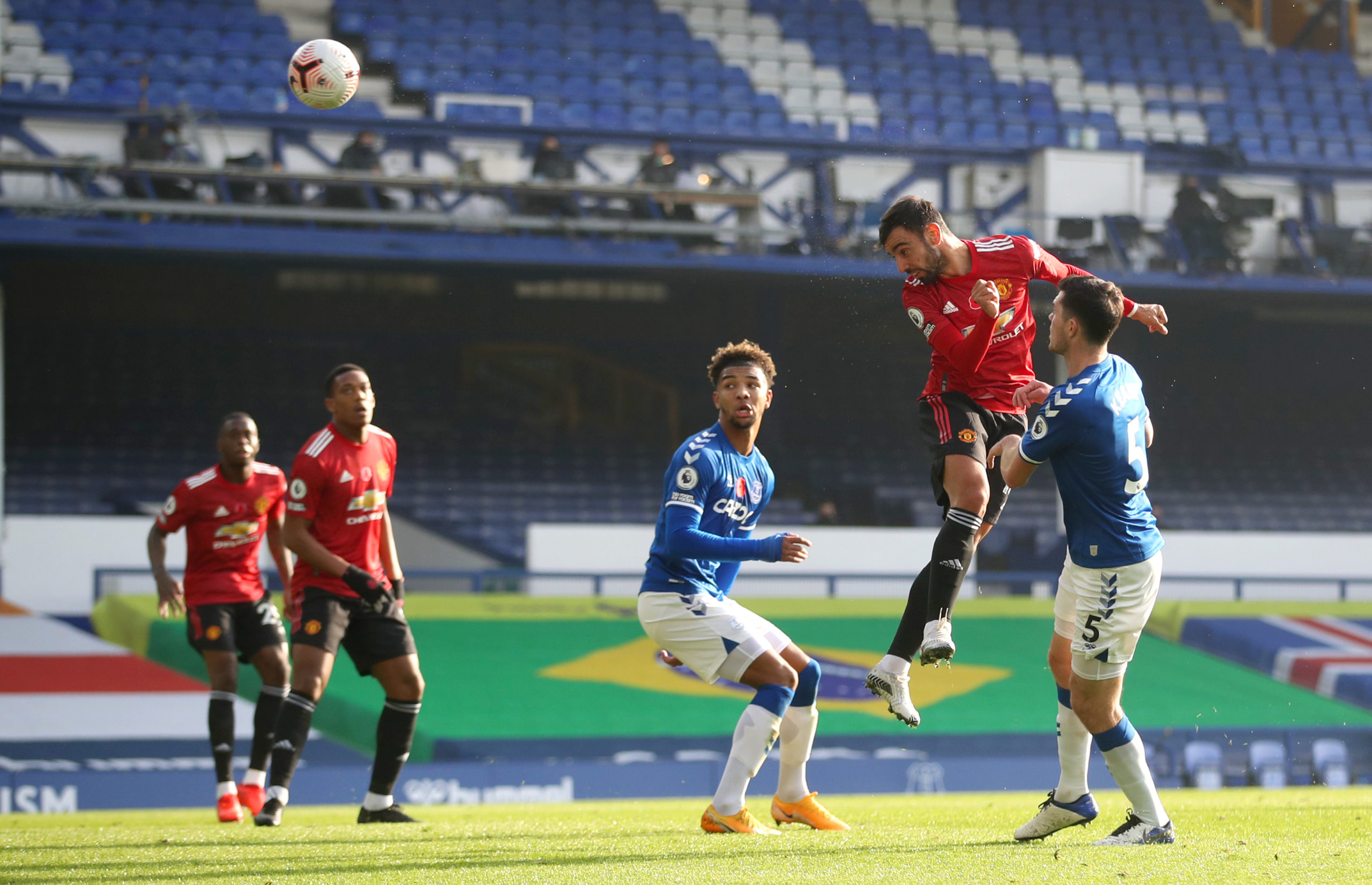 Manchester United’s away win to Everton required a big shift from everyone involved. Hard work and commitment came first, and the Reds stepped up once again when Ole Gunnar Solskjaer needed them to most.

It was only around 10 days ago that the atmosphere around Old Trafford was jolly and United were on top of the world following a thrashing of RB Leipzig. Two consecutive losses changed that drastically.

United went into a very tough territory needing a win, almost desperately. Falling behind in the league, but with a game in hand, this was the perfect platform for Solskjaer and his team to finally arrive on the scene and quieten down the chatter about the Norwegian’s job security.

United triumphed 3-1. It was convincing. It was gritty. It was needed, particularly before yet another international break. This win could prove to be a real momentum swinger as United now sit six points off top spot with an extra fixture yet to be played.

“We know our quality,” said a jubilant Bruno Fernandes following an outstanding individual performance on Saturday afternoon. “We worked hard for this game. It was difficult to recover after Istanbul. This was the moment to do something in this game, and we did it.”

Bruno literally and figuratively put the team on his back offensively, just when the team needed that kind of a leadership spark the most. The Portuguese midfielder scored a brace and chipped in with a late assist for Edinson Cavani’s first for the club to seal a comeback victory for the Reds.

A relieved Bruno was full of praise for the team following their response to criticism and adversity.

“I think we know inside the dressing room what we need to do. Everyone needs to be a leader,” Fernandes said.

“It was a great end to the game. We knew what we had to do and we did it well. We made some mistakes in the second have, maybe we were a bit too confident. But after the first goal we had a great reaction.”

United were able to boast solid individual performances all over the park at Goodison, and skipper Harry Maguire was another one to speak to BT Sport post-game after silencing some critics.

“It’s important to bounce back from setbacks,” Maguire explained. “We did it at Newcastle and we knew we had to get three points today. It’s early in the season and we don’t look at the table but the points we have accumulated aren’t good enough for this club.

“We’ve been questioned but we know we don’t answer them in 90 minutes, we answer day in, day out. The lads are working tirelessly for this club, everyone wants to improve and do better. The manager has to pull lads off the training ground.”

The manager was last to address the media, and Solskjaer’s focus was as far away from the game as you could imagine. The boss did not shy away from criticizing the fixture congestion and the lack of help from league officials which saw Luke Shaw hobble of injured against the Toffees.

“We were set up to fail,” Solskjaer said. “We have played loads of games this season already, we got back on Thursday morning and we are playing Saturday lunchtime, it’s an absolute shambles. These boys deserve better.

“Luke (Shaw) has got injured because of it (fixture congestion). It’s a hamstring which might be a long one and Marcus (Rashford) might be struggling. It’s draining mentally and physically for the players in these times, a pandemic. Let us play on Sunday, there’s an international break after this, it’s a joke.”