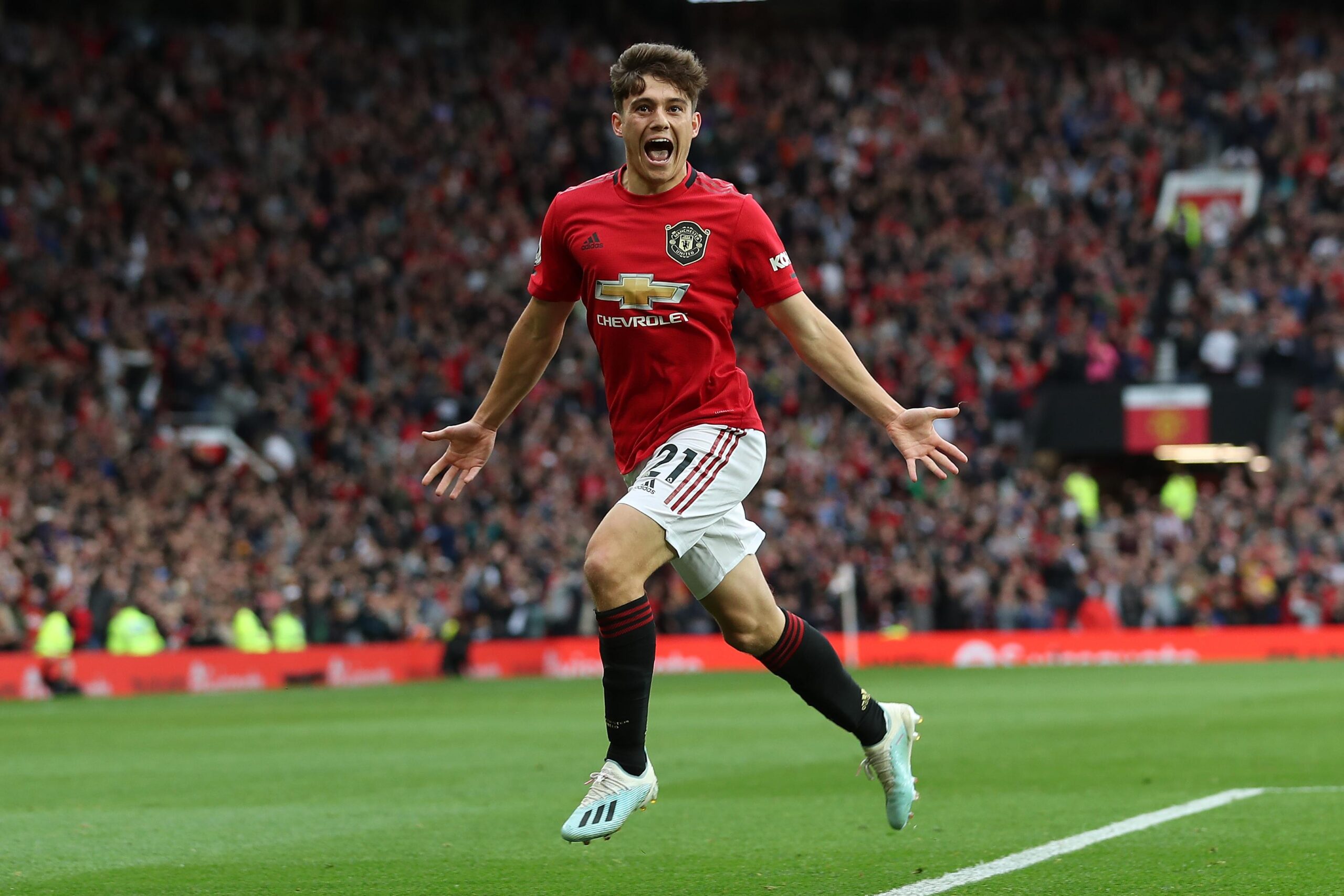 Daniel James has claimed that he is ‘sticking in there’ at Manchester United, despite not receiving much game-time.

The Welshman has started just three games this season, leading onto speculation around a potential January exit. James has evidently fallen out of favour at Old Trafford, with Facundo Pellistri and expected arrival Amad Diallo, also set to increase the pressure on places.

Everton have been linked with a loan move, but the player has publicly issued his love for United, seemingly downplaying his own desire for a transfer away. On the back of his terrific performance for Wales on Wednesday evening, James spoke to the BBC.

The 23-year-old stated: “Man United is my club and I love it there. Whether I am playing or not, I’m proud, as proud as I am to play for Wales. There are obviously times where I played a lot last season. I may not have played as much this season, but I am sticking in there and always in and around it.

“I feel really good at the moment. When I do play, I give my all. I bought into everything we wanted to do and thankfully I got that goal and assist.”

Mason Greenwood and Juan Mata are currently ahead in the pecking order for that position down the right-flank, with James’ attacking output seriously fading over the past 12 months.

The winger seems determined to get back on track though, and Ole Gunnar Solskjaer could be reluctant to ship off such a squad player half-way through the season, particularly with the hectic fixture schedule to come.