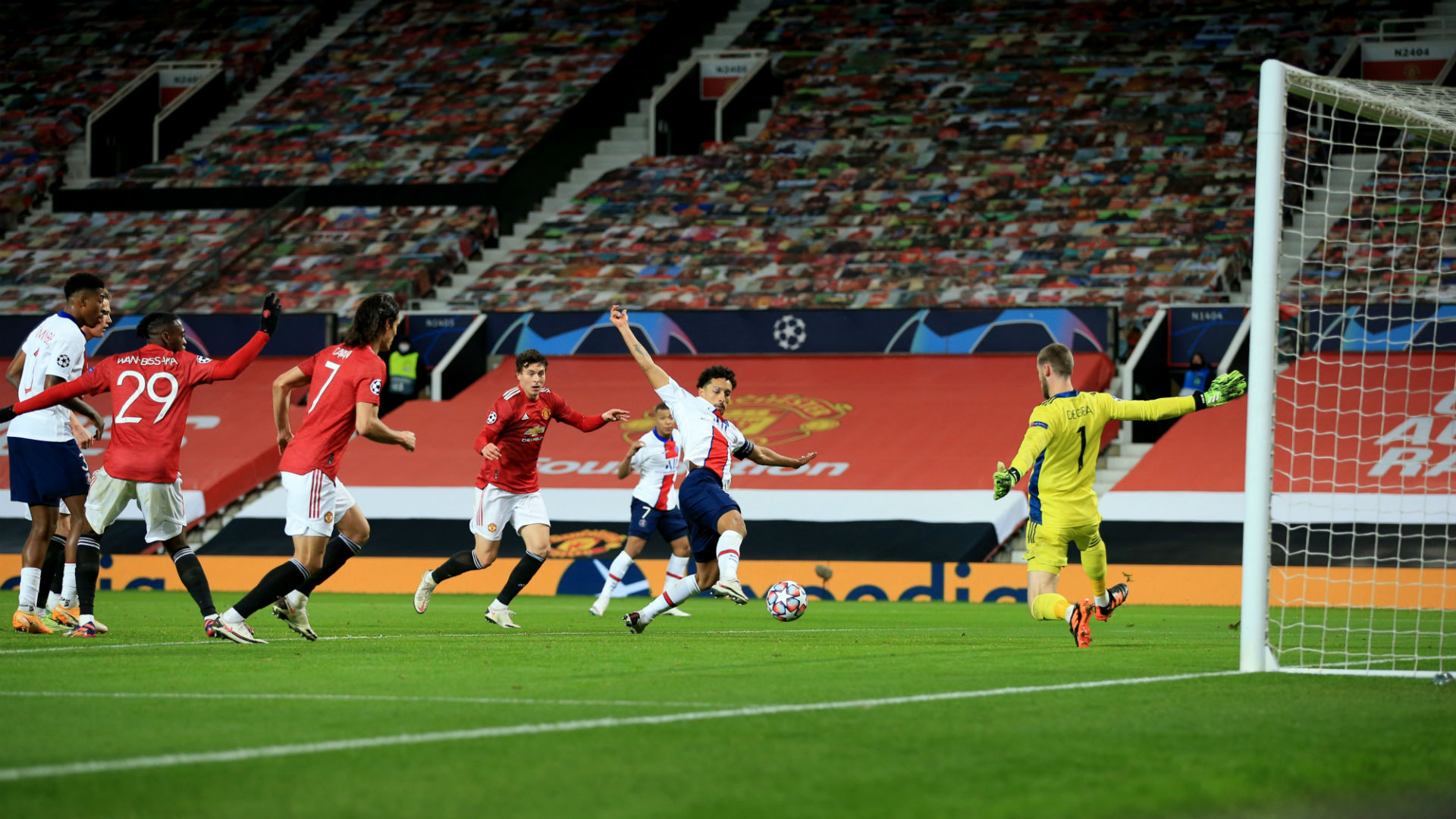 Manchester United’s situation in Group H of the Champions League went from a very comfortable one to a real pressure cooker all in the space of an eventful 90 minutes at Old Trafford.

United went into the PSG game on Wednesday night in pole position. A draw would have sent the reds over the line and into the knockout stages of the competition. A win would have secured top spot.

Ole Gunnar Solskjaer has built a bit of a reputation for having the French side’s number. The Norwegian had two wins over Thomas Tuchel out of three encounters.

United went into the reverse fixture full of confidence. 4 wins in a row in all competitions. PSG came to Old Trafford in shaky form, drawing their last league game and really struggling to get up to speed. The night was set up for the Reds to go out there and take care of business.

From the off though, something about United’s approach felt off. Solskjaer’s side gave the visitors far too much respect in the early stages, playing at a pedestrian pace and sitting off the press. It was a cause for some concern.

The hosts were punished for that in the sixth minute as a lazy turnover on the counter attack led the Parisians the other way and saw Neymar receive a gift of a deflected ball inside the area to slot cooly past David de Gea.

It was a wake up call and luckily for United, it came early. There was time to turn things around and shift into gear, which they eventually did.

United picked up the intensity ten-fold. They brought back the physical style that gave them so many advantages at Parcs des Princes. PSG once again wanted no part of the aggressive 50/50’s. United regained their edge and the momentum visibly swung the hosts way after the first quarter of an hour.

Although Solskjaer’s side looked quite sloppy in the final third, their efforts were rewarded after Marcus Rashford’s hopeful effort took a kind deflection and nestled in Keylor Navas’ net following a great awareness play from a surging Aaron Wan-Bissaka out on the right hand side.

Rashford, who looked a little off throughout the game, netted his sixth goal of the European campaign and injected life back into his team.

It was all square at the half, but you could tell United had arrived.

The second was more of the same. The hosts came out with a lot of intent and really put their foot on PSG’s throat. Every attack looked dangerous. The French side was pinned back in their own half and limited to minimal possession. A goal was looming.

Anthony Martial returned into the starting line up after falling ill on the weekend and found himself on the end of two fantastic sequences of play from United which should have put the game to bed.

First chance — excellent link up between Rashford and Edinson Cavani out on the right wing saw the goalscorer drill a low cross right into the feet of the Frenchman, deep inside the area, but United’s No. 9 saw his effort sky over the crossbar from point blank range.

The second was another piece of genius from the Reds. United won the ball back excellently around the center circle and Cavani was sent on his way with a perfectly weighted through ball from Bruno. The Uruguayan sized up his options and chose to go with a clever dink, beating the onrushing Navas, and clattering the ball off the crossbar.

Amongst the madness, Bruno Fernandes latched onto the loose ball inside the area and smartly flicked it into the path of an oncoming Martial, who in stride, just lacked that bit of composure to place the effort into the goal and saw a powerful shot saved by Navas.

United should have been home and dry. But at this level — more often than not — you get punished for missed chances. And against the run of play, United received the harshest of sentences.

It’s a game of fine margins and PSG caught a lucky break in the 69th minute as United failed to properly deal with an out swinging corner and the visiting captain Marquinhos found himself on the end of a goal mouth scramble to slide the ball home. 1-2.

Immediately after, Fred, who had a very solid but erratic game when it came to his discipline, received a second yellow card for going in a little reckless into a 50/50 challenge with former red Ander Herrera.

On replay, it was a clean tackle. Herrera sold it, but VAR cannot review yellow’s and there was every chance that risking so much already on a booking could end in disaster. And it did. But should United have been clinical in front of goal, we’re not even having this conversation.

Down to ten, the Reds were down and pretty much out. There were a couple more half chances. Paul Pogba saw a dangerous effort zoom just over the crossbar from outside of the box in the most promising attempt at rescuing a draw. But in the end, a desperate United were hit for a third as PSG broke on the counter and Neymar slotted home a tap in late on.

A frustrating affair from the home side’s perspective. They started slow, they adapted, they went on to dominate for three quarters of the game, but in the end, came away with nothing.

In hindsight, perhaps Fred could and should have been taken off earlier with the tensions very high. But overall, Solskjaer’s decisions in this game cannot be faulted too much. United were set up for success and would have come away with a dominant victory if not for a total lack of composure in front of goal.

This result though now sees United, Paris and RB Leipzig all tied on 9 points in the group heading into the final game week next week. United will need a draw in their fixture against the German side who they beat 5-0 in the reverse fixture in Manchester to progress.

All is left to play for. Football is a cruel game where you win some and you lose some, but it is important now that the Reds’ heads don’t drop after what was a very encouraging performance against last year’s finalists.

The pressure next week in Leipzig will be immense. But that’s the sort of situation that separates the great teams from the good ones. A massive test is looming and United will need to be at their best to secure qualification into the knockout stages. Those are the kind of Champions League nights we have all been waiting for.