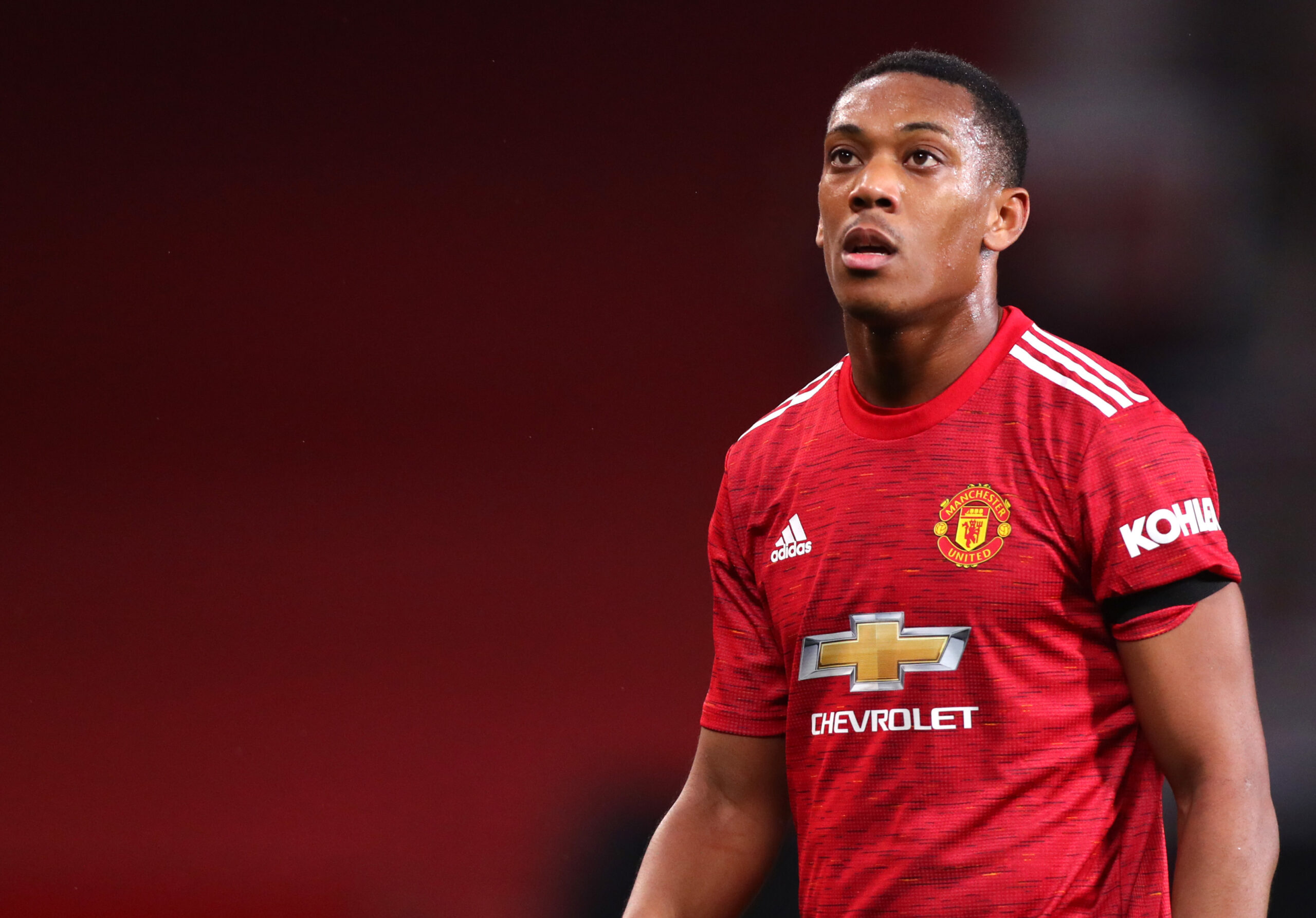 Anthony Martial will ‘definitely’ be involved in the Manchester derby this weekend, Ole Gunnar Solskjaer has confirmed.

The Frenchman was brought off against West Ham after suffering a knock and did not travel with the squad to Leipzig mid-week. Speaking ahead of the huge clash with Manchester City on Saturday though, the Manchester United manager has confirmed that he will be back to feature.

Martial’s involvement would suggest a change in formation from Tuesday evening, when Solskjaer opted for the 3-5-2. Mason Greenwood and Marcus Rashford were the two up-top, but both will still be expecting to keep their places in the XI. The former, in particular, looks to have re-found his confidence, and is looking sharp again.

It was also revealed by Solskjaer that uncertainties still remain over Edinson Cavani’s fitness, although he did partake in some training on Friday morning. Starting the Uruguayan doesn’t appear to be a possibility though, suggesting that Martial will get the nod from the off.

The 25-year-old has been criticised for his performances this season, most recently for missing a glorious chance in the home tie against PSG – a miss that proved detrimental to United’s Champions League group qualification.

Fans will be demanding a response, even more so than ordinary, given that it’s derby day. Martial scored in this fixture last season though, and such a moment again could help reignite his form and belief on the field.