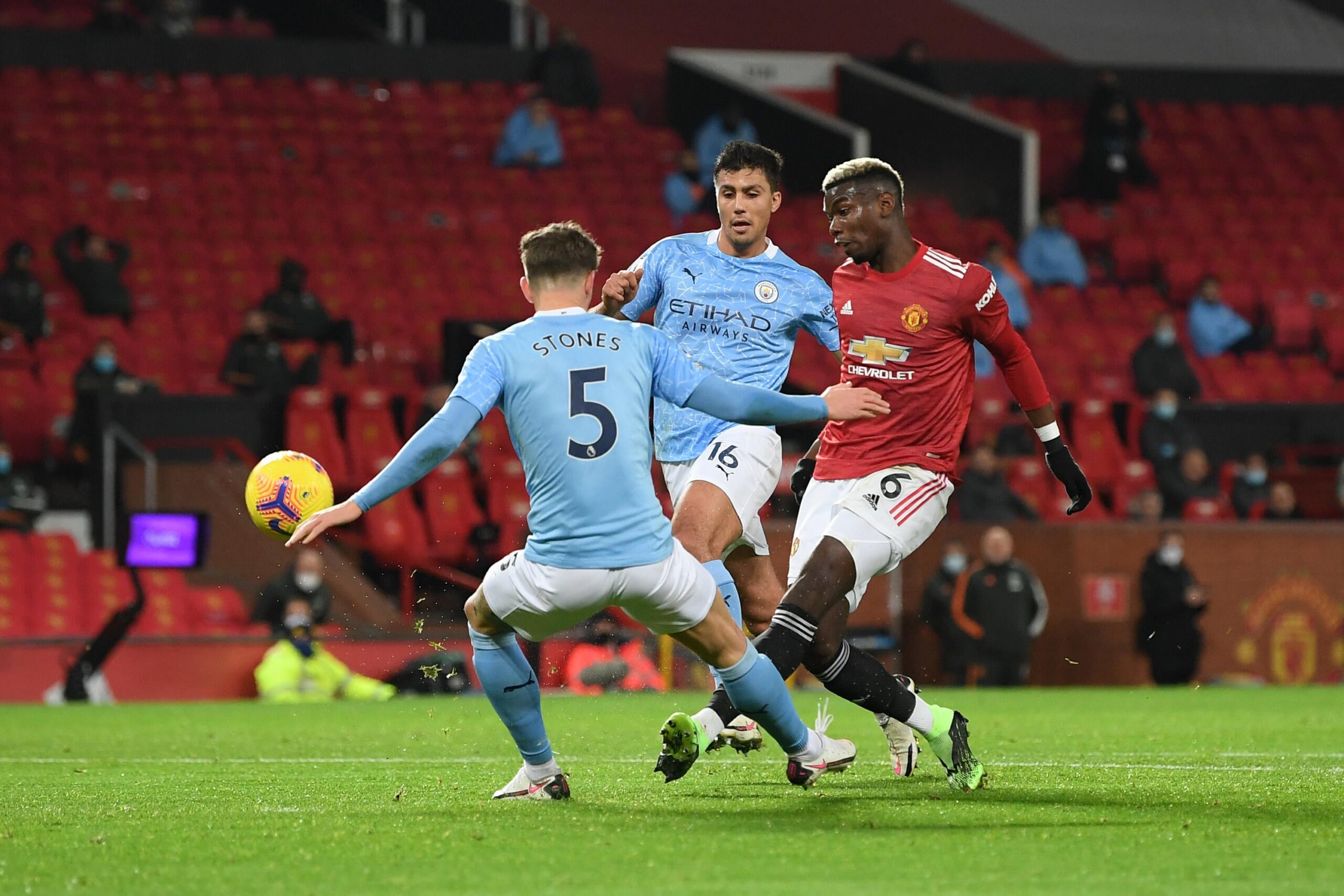 United and City played out the first draw in a Manchester derby since 2017 in a dull showing on Saturday evening.

Both sides protected their one point and never really got out of second gear. The draw means that United’s only goal from open play at Old Trafford is still Donny van de Beek’s debut goal on opening day.

David de Gea – 7
Came off his line brilliantly to stop Riyad Mahrez in the first half – he doesn’t do that enough.

Aaron Wan-Bissaka – 7
Targeted by City early on and struggled initially but came back into it and performed well.

Victor Lindelöf – 8
Had the upper hand on whoever was marking him on corners, ran on to the near-post balls on almost all of them. Solid defensively.

Harry Maguire – 8
Some wayward passes aside, the captain was almost flawless. Muscled everyone off the ball and blocked two very good chances from De Bruyne.

Luke Shaw – 8
First start in the league since his hamstring injury at Everton and did very well. Decision to drop Telles was justified.

Scott McTominay – 6
Pogba and Fernandes were begging for Scott to pass it through the lines but it never really came. Needs to be more progressive in his passing.

Fred – 8
Recovered from an early knock on his hip which looked like it might force the Brazilian off in the first 10 minutes. Bossed the midfield in the first half.

Paul Pogba – 6
There’s no scenario where Paul Pogba is more useful starting a game than he is coming off the bench.

Bruno Fernandes – 5
He must be wondering why he didn’t get the ball more often. His teammates had chances to pass it to him but it didn’t quite happen for him in his second Manchester derby.

Marcus Rashford – 5
Looks very fatigued, touch has been off for some games now.

Substitutes
Anthony Martial – N/A
Barely touched the ball but looked sharp when he did.