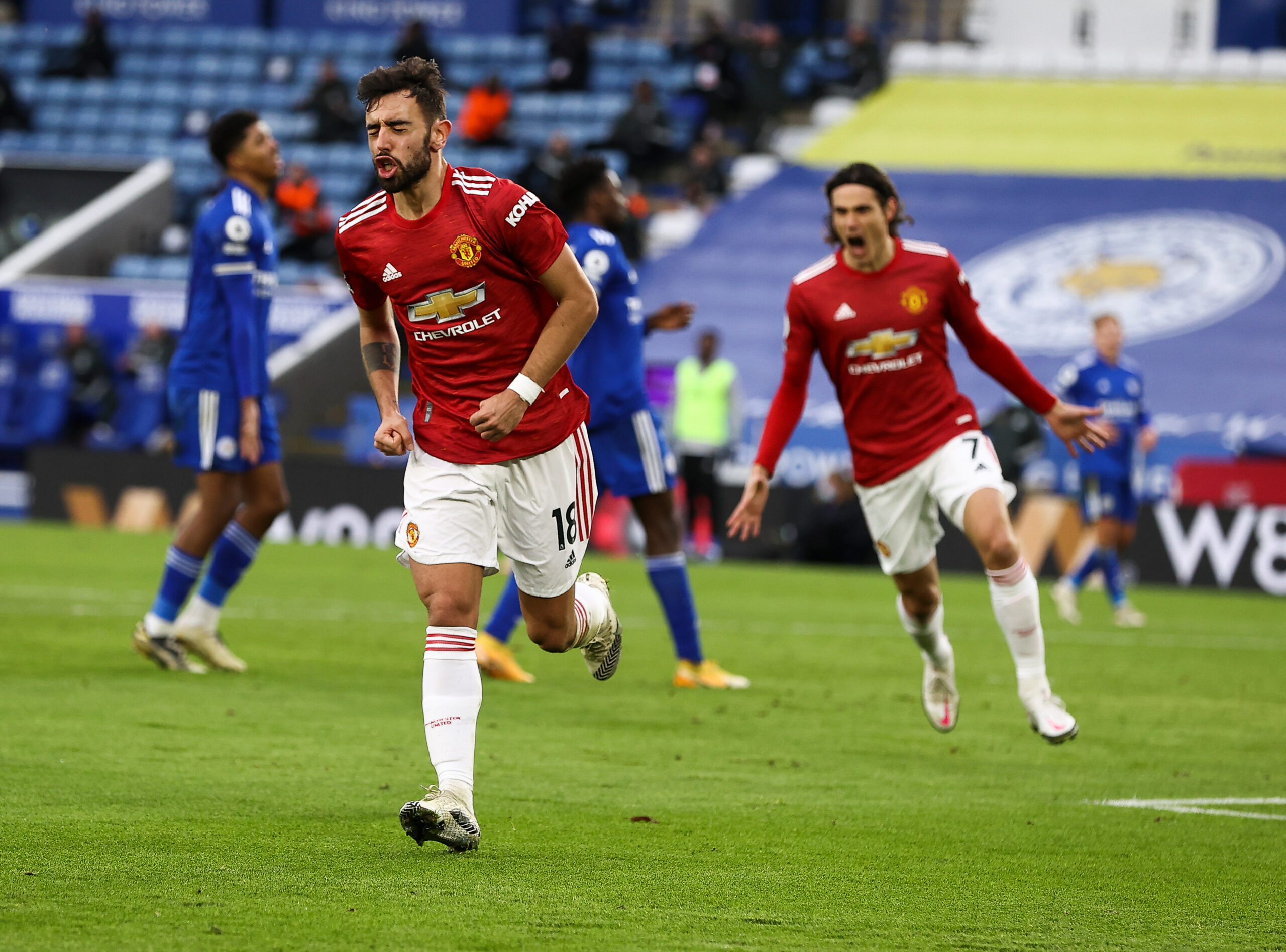 Heading into Boxing Day in fine form, Manchester United could have made a real statement of intent with a win at the King Power Stadium.

Ole Gunnar Solskjaer’s side were unbeaten in their last seven league games — winning six of those — and went into the clash against the adventurous Foxes just a point behind them. In a league wide chase after the leading Liverpool, this 2nd vs. 3rd matchup was the one to watch.

From the off, it was clear who the in-form side was. United looked excellent just a few days ago when they dispatched a hapless Everton side 2-0 in the Carabao Cup quarter-final, and they picked up right where they left off midweek on Saturday afternoon.

Ultimately though, there were some signs of a Christmas hangover as the visitors went in front and lost the lead twice and in the end had to settle for a point. But the performance and chances created warranted for the Reds’ frustration at not the full prize.

If anything, the consensus dissatisfaction with a point away to a very formidable Leicester side that are well able to hang with the best there is speaks volumes of the recent upward trajectory in United’s form.

Solskjaer’s side are not only winning a lot but they are doing it in style too. United had plenty of chances to put Leicester to the sword inside the opening 45 minutes. And the hosting Foxes looked overwhelmed with what the Reds were throwing at them all over the pitch.

After missing a point blank header off a terrific Bruno Fernandes in-swinger, Marcus Rashford erased his error from memory with a clinical finish shortly after in the 23rd minute. The Englishman latched onto another ball from Fernandes, this time an instinctive flick on, and slotted low past the onrushing Kasper Schmeichel.

That technically should have settled the nerves a little bit, but as we learned, going ahead may have relaxed the players a little bit too much.

The hosts equalized eight minutes later after successive careless on the ball sequences from the Reds.

First, Maguire struggled to clear his lines and then, Fernandes took too long on the ball and failed in an attempt to nutmeg Wilfred Ndidi. Leicester recovered the ball and found its way into the legs of Harvey Barnes who promptly unleashed a left-footed strike that beat David de Gea on his near post. 1-1.

United looked to be slightly affected by conceding, and the rest of the half had a bit of fizz taken out of it as a result . It was level at the break, but the Reds were the better side by all means.

The visitors reasserted themselves in the second half and once again created the better chances, although the game opened up a lot more. Credit has to be given to United’s defensive shape for the best part of the 90 minutes as they allowed Leicester very little space in and around the box, limiting the potent Foxes attack to few big chances. United’s attack down the other end though couldn’t to put the game to bed.

The chance that stands out the most is a fantastic through ball from Fred, tearing through the Leicester high line and right into the stride of Rashford, who 1 v 1 with Schmeichel powered the ball right at him. You just felt like if that effort was placed anywhere but down the middle, that was a goal.

But United kept chipping away and pegged the Foxes back more and more with every minute, especially after the introduction of Paul Pogba who got on the ball and helped retain possession in key areas.

It then looked like United grabbed a late winner in the 79th minute after super-sub Edinson Cavani slipped Bruno in behind the Leicester defense and the Portuguese midfielder beat Schmeichel with a low, placed right footed effort. But unfortunately, it was not enough.

The missed chances came back to bite the Reds again, and as did the often too passive defending.

As quickly as six minutes later, United lost two 50/50 challenges down Leicester’s right hand channel and allowed the Foxes to break into the final third. The ball ended up at the feet of Ayoze Perez just inside the box and saw the Spaniard drill it low into the danger area, right in to the feet of the quiet Jamie Vardy up to that point.

Somehow, some way, the prolific goalscorer was left alone in between three United defenders, and a poor first time strike that looked like it was going wide deflected off Axel Tuanzebe and beat a rooted de Gea. That little bit of good fortune that evaded United all game fell right to the hosts. 2-2.

The game ended in a draw in spite of attempts from both sides to try and swing the pendulum their way. A draw that on paper doesn’t look bad at all. United are still within reaching distance off top spot, in third, four points behind Liverpool if they win their game in hand. But as aforementioned, it’s the recent performances that are allowing the fans to dream.

United once again looked good in a very tough game during a hectic run of fixtures to end the year. Should the Reds have converted their chances, we would be here enjoying a totally different narrative. But even though the result didn’t go their way this time, the overall effort should put the rest of the league on notice.