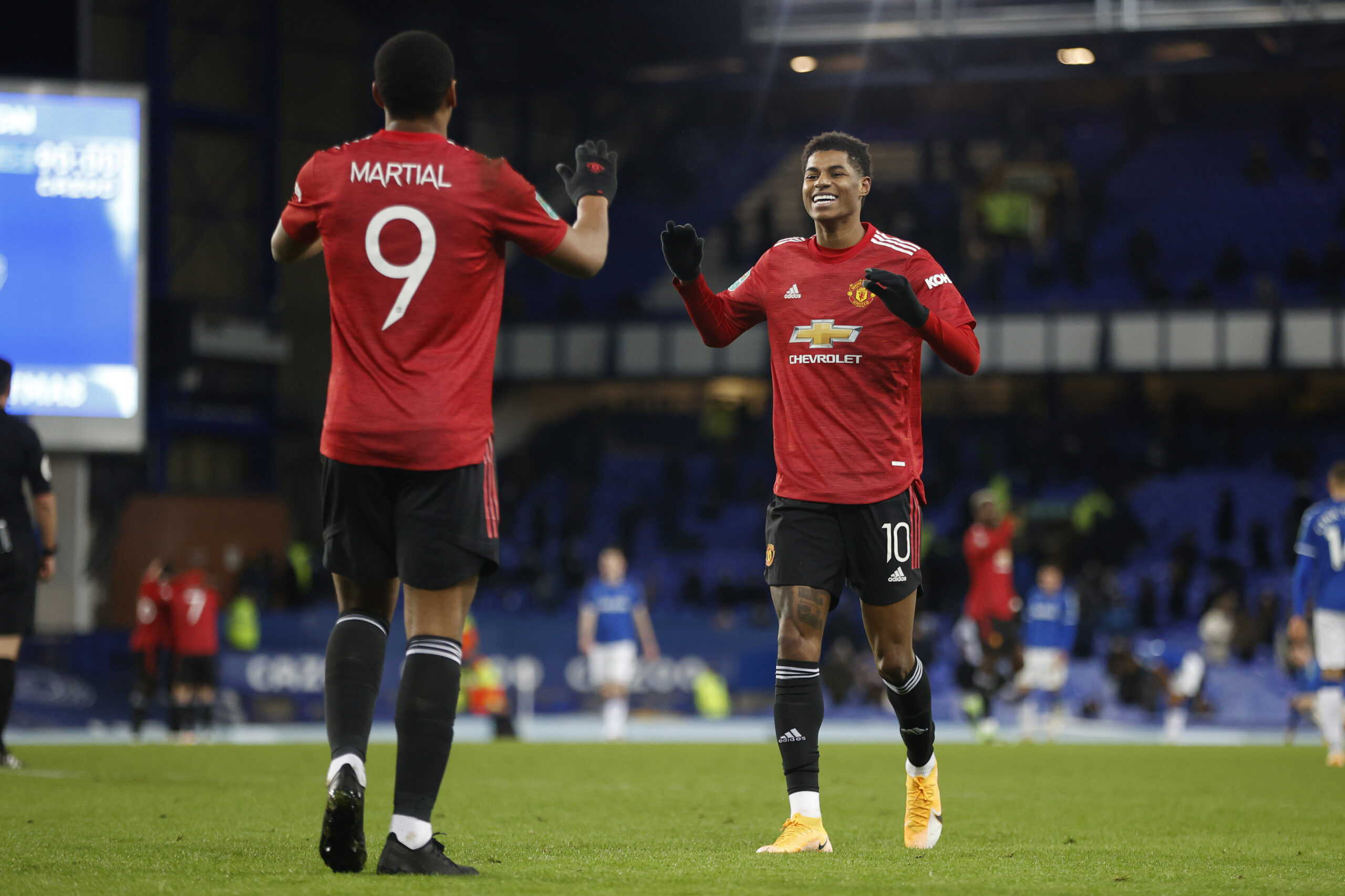 Manchester United’s Jan. 6 Carabao Cup semi-final derby clash with Manchester City could be in jeopardy following a Covid-19 outbreak in the City camp.

Manchester United have thus far breezed through the Carabao Cup, scoring eight, conceding none and most recently dispatching Everton 2-0 away from home in quarter-final last week.

For their efforts, the Reds were awarded with another semi-final rendezvous with Manchester City — a repeat of last year — but with only one leg to decide the finalist this time due to the fixture congestion.

But with the date right around the corner, City have just seen their game against Everton later today postponed due to Covid-19 issues in their bubble.

An official statement by City read: “After the latest round of Covid-19 testing, the club returned a number of positive cases, in addition to the four already reported on Christmas Day. With the security of the bubble compromised, it posed a risk that the virus could spread further amongst the squad, the staff and beyond.”

Players Gabriel Jesus and Riyad Mahrez were amongst the cases reported prior to City’s Boxing Day win over Newcastle. Since then, the situation has worsened to a point where City’s training ground had to be closed for “an indeterminate period.”

If we have learned anything during this Covid-19 influenced climate, it’s that all plans are subject to change. With all of those affected at City now in isolation and the bubble breached, it is unclear as to when they will be able to return to normal operations.

Further games may very well need to be postponed too, and that equation could include United.

One previous instance of a club-wide Covid-19 outbreak also took place in the Carabao Cup when Tottenham Hotspur were set to face Leyton Orient before the Football League side were victim to a similar twist of fate as United’s rivals.

In that case, because the stage of the competition was the third round, Leyton Orient were forced to forfeit and Tottenham got a bye into the next round. But, according to the official rules, a forfeit and bye situation can only take place up until the fourth round.

From thereafter, a club unable to fulfill a fixture for reasons out of their control will be granted postponement. And with the Carabao Cup final pushed back all the way to a date in April of 2021, rearranging the semi-final is doable.

For United — should City not be able to participate — this could present an opportunity to rest right in the middle of an action packed December/January schedule, with games in the league and the FA Cup coming up thick and fast.

Paul Scholes: Bruno Fernandes is better than I was
The five young stars training with the first team ahead of Wolves
To Top