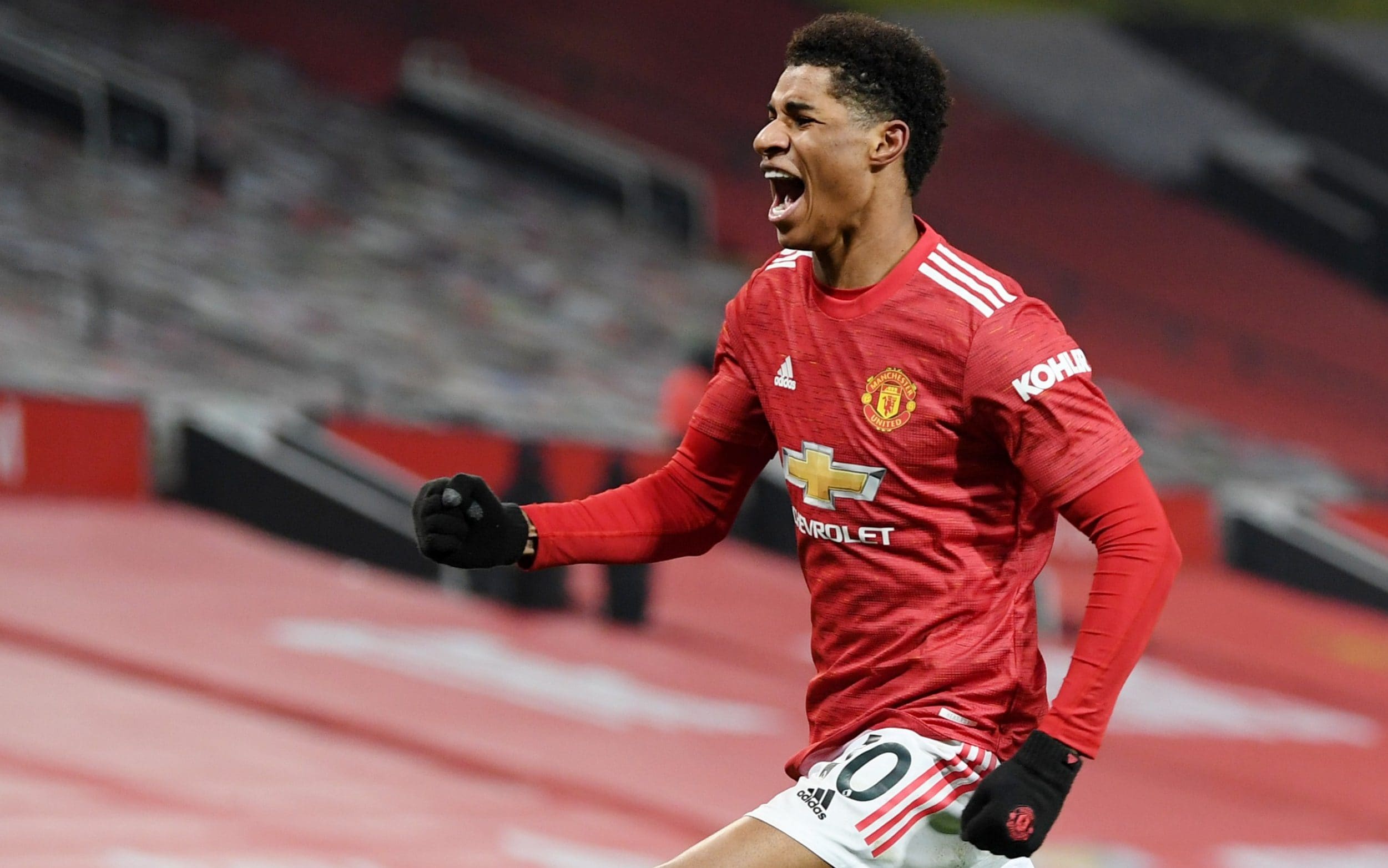 Manchester United ended 2020 with a win as they finally beat their bogey team Wolves in their final game of the year.

It long looked like the spoils would be shared at Old Trafford but a third clean sheet in the last four games at home set the foundation for another late winner for Solskjær’s side this season.

Bruno Fernandes, who is always the source of any creativity from United, found Marcus Rashford who had been making runs in behind for the entire 90 minutes.

The winger was United’s only threat for a long time and it was no surprise that the breakthrough came through the 23-year-old.

“It’s the deciding goal,” Rashford said after the game. “Probably not the most beautiful but we will take what we can get and take the three points and move on.”

“The full-back [Rayan Ait-Nouri] had cramp a few minutes before so I just had it in my head I wanted to go at him and make him chop and turn and just see if I could make something happen and thankfully in the end we got a deflection.

“It means a lot. We were a little disappointed that we didn’t play as well as we wanted to or could have but it is three points and no matter how scrappy it was we will take it.

“For us, we can’t look too far ahead. We are a team that is still doing a lot of work on ourselves. We have to take it one game at a time but if we can keep finding ways to win like this we will see where we are at the end of the season.”

It’s now 7 wins and 2 draws in United’s last 9 Premier League games, quite the turnaround for Ole Gunnar Solskjær who is now well and truly in the title race.

“It’s a point we brought up earlier in the season,” the manager said. “We have to win more points later in games — now I feel the players are mentally and physically more robust to be able to do it.”

“A reason behind we’re not at our best was because we were playing against a good side. Maybe they tired more than us towards the end. Maybe the extra day’s recovery helped us.

“The year has been positive in terms of results. It’s a group that are now physically and mentally ready to go up the table.

“Bit lucky, bit flukey, but that’s what happens when you put teams under pressure.”

The five young stars training with the first team ahead of Wolves
Predicted teams: Manchester United vs Aston Villa
To Top