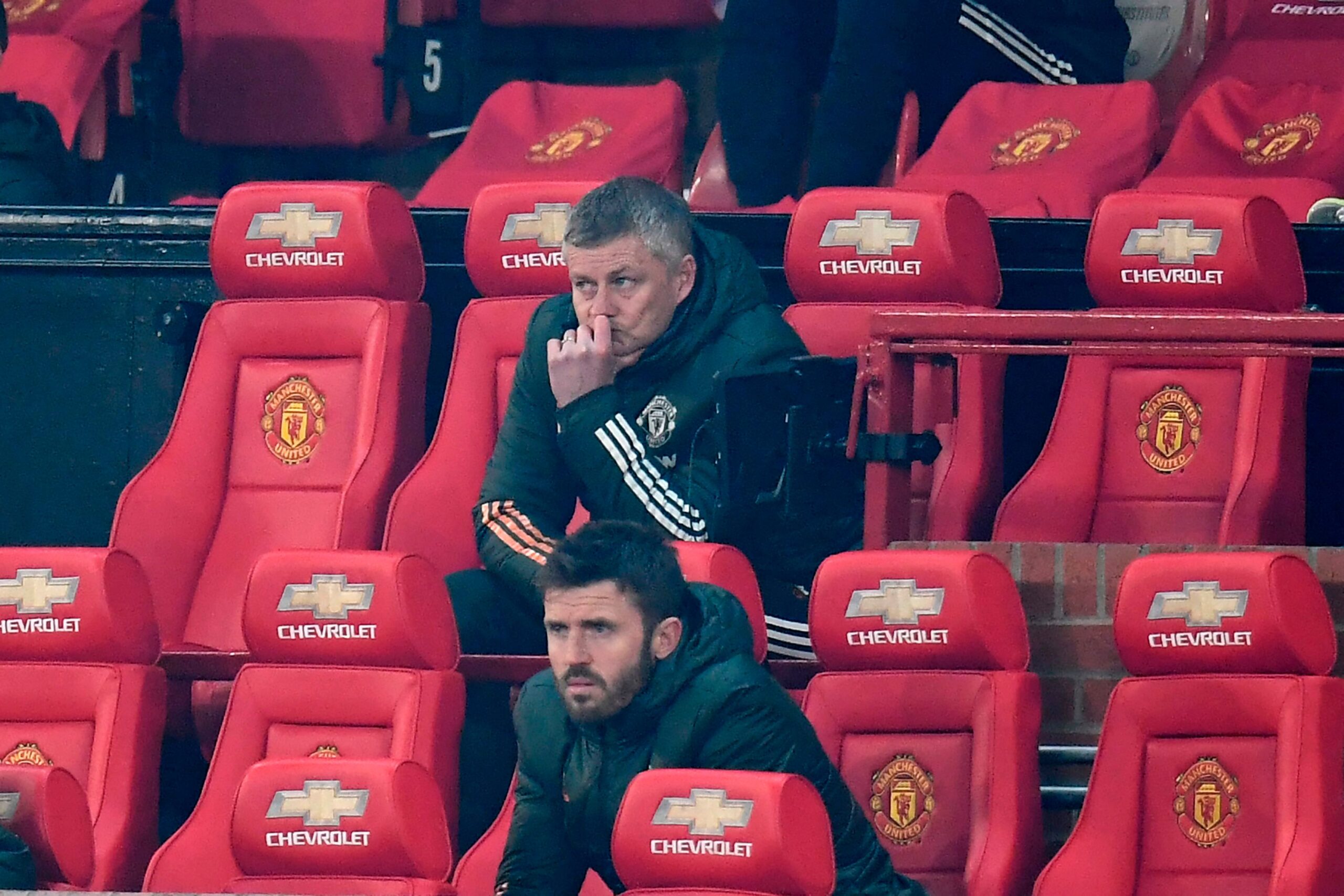 The semi-final curse continues for Ole Gunnar Solskjaer’s Manchester United as they bowed out of the Carabao Cup at the hands of Manchester City yet again.

It was the fourth time the Reds reached the last four stage of a competition under the Norwegian, but once again, there was just that something missing to get his side over the edge in a 0-2 loss.

“It’s still not good enough,” Solskjaer told Sky Sports after the game. “We have work to do. It’s time to dust ourselves down and get ready for the FA Cup, the league and then back to the Europa League.

“We clearly didn’t do enough to win the game. We didn’t create enough big chances and we just didn’t have the extra finesse that we’ve had in the tight games that we won in the league lately.”

On a night where Pep Guardiola’s team looked inspired, United looked a little off the pace.

The first half was very cagey and a stroke of luck either way could have seen one of the teams go down the tunnel at the break ahead.

For United, Bruno Fernandes came closest after being teed up by Scott McTominay. The Portuguese midfielder launched a looping effort from outside of the box, forcing an excellent save from City’s keeper.

The visitors had two goals chalked off for offside inside the first period, while Kevin De Bruyne legally came the closest with a devastating strike from outside of the area that rattled the right post off Dean Henderson’s goal.

After the interval, United never really got going. There was a hint of fatigue about the Reds and when in the key areas in the final third, they just couldn’t channel the sharpness to make that splitting pass or to get a strike off on goal. In the end, City took advantage of that.

“When they play well, we have to play really well, and that’s just the reality of where we’re at,” Solskjaer continued. “We still have some catching up to do, but we are getting closer. This is a much better version of Man United than all of the semi-finals last season.”

United’s set-piece defending woes continued as they once again capitulated from dead ball situations. City’s first went in after a needlessly given away free kick was whipped into the area and — after numerous Reds failed to clear their lines — John Stones got his body behind the ball to steer it in.

“You know City can score great goals, but when you concede goals like that from set pieces, it’s very disappointing,” Solskjaer explained.

The second was a poorly cleared corner with not enough bodies rushing out to the ball as Fernandinho unleashed a terrific strike on the volley that arrowed into the bottom corner with Henderson rooted. And that was that.

Visibly and audibly deflated, Solskjaer went on to look ahead as United’s season continues on the weekend in the FA Cup with a lot still to play for on three fronts.

“We wanted to go to the final. We wanted a final to look forward to because that would’ve given us an extra boost. But it was not meant to happen.