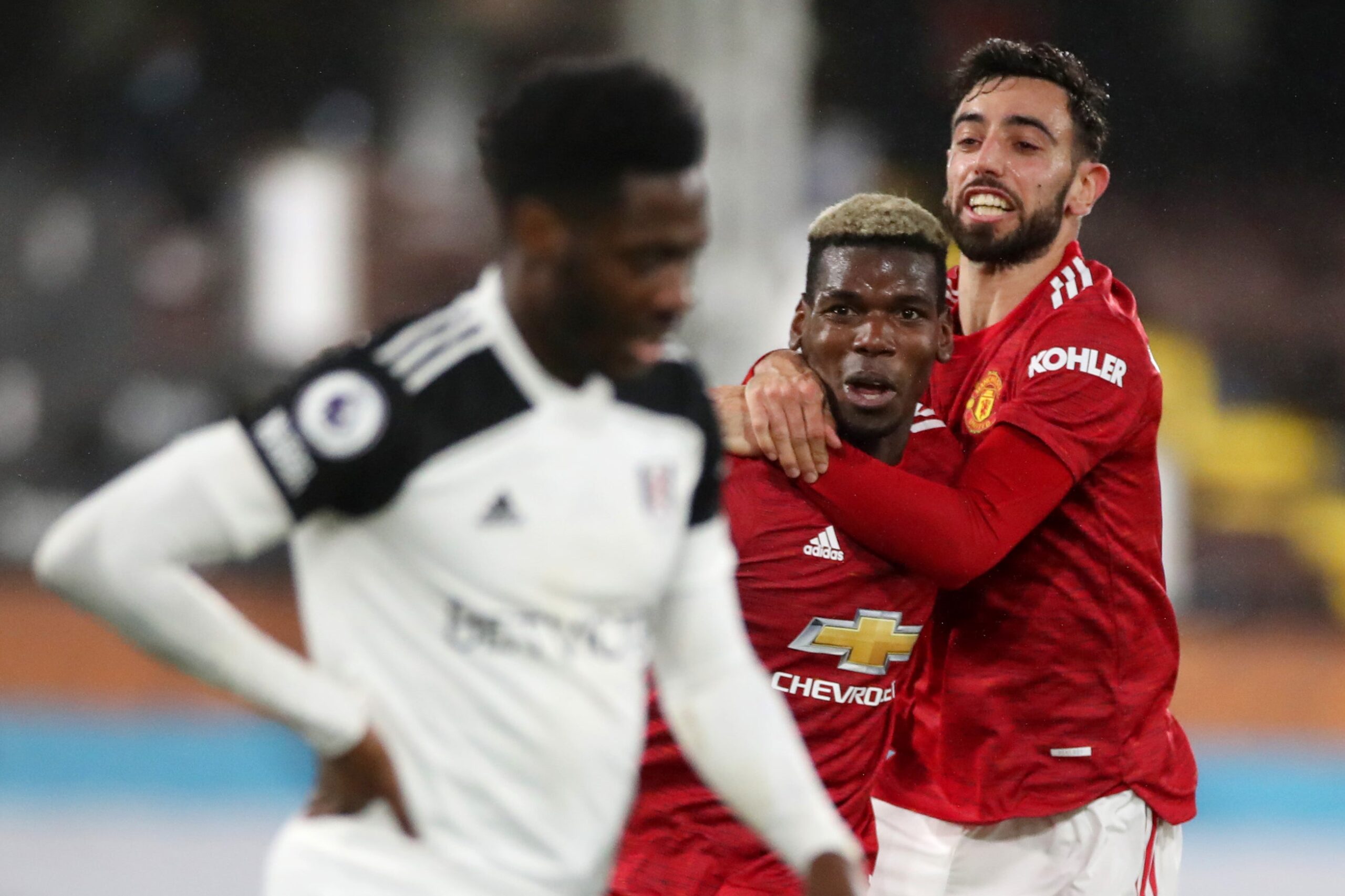 Manchester United came from behind to win away from home once again as goals from Edinson Cavani and Paul Pogba made sure United returned to the top of the Premier League table.

The win at Craven Cottage means that United have now equalled the clubs all-time unbeaten record away from home in the Premier League – it was the 17th consecutive game on the road without defeat.

The last defeat away from Old Trafford was last season 2-0 loss at Anfield, just over a year ago.

David de Gea – 6
From the angle Ademola Lookman had for his early goal, the Spaniard should have done more to cover his far post. Vital save on Loftus-Cheek in the second half.

Aaron Wan-Bissaka – 6
One of two or three players who contributed to United going behind after just four minutes. Wan-Bissaka is often, if not always, the last player to push up with the backline. This time it came at a consequence when he played the Fulham player onside. Great block in the final seconds of the game to deny Fulham an equaliser.

Eric Bailly – 5
At fault for Fulham’s early opener. Released by Paul Pogba at first, Bailly needs to pick Lookman up. Nervy throughout the game and needlessly put United under pressure. Almost scored a calamitous own-goal in the dying moments.

Harry Maguire – 6
Should have scored in the first half and perhaps even in the second half but just like, Bailly, sometimes not assured enough in his positioning.

Luke Shaw – 7
Definitely did not reach the heights of the performance at Anfield but still a good showing from Shaw who will continue to keep Alex Telles out of the team. In the league at least.

Fred – 7
The only natural defensive midfielder on the pitch today and put in a good shift. A dogged performance from a very useful player. Starting to eliminate the poor first touches to his game, which has put United in trouble in the past.

Paul Pogba – 9
What form the Frenchman is in right now. Are we seeing the best Paul Pogba since his £89 million move in 2016? Many would argue that we are. Another fantastic goal from him gives United all three points.

Mason Greenwood – 6
Isolated on the right-hand side and found it difficult to find a way into the game.

Bruno Fernandes – 8
It’s all about Bruno. You can’t really invision United scoring a goal if the Portuguese isn’t involved. Unless Paul Pogba leathers it from 25 yards. Should have had another couple of assists today but he was once again United’s most creative player.

Fulham placed Anguissa on the midfielder but Fernandes cleverly drifted into wide areas to create space for others.

Anthony Martial – 4
When will Martial kickstart his season? The goal against Sheffield United sparked a good run of form for the Frenchman but he has once again reverted to the disinterested figure we saw at the start of the season.

Edinson Cavani – 8
A rare start for the Uruguayan but got the important equaliser halfway through the first-half. A typical poachers goal. Should’ve had another but his headed effort was straight at Areola.