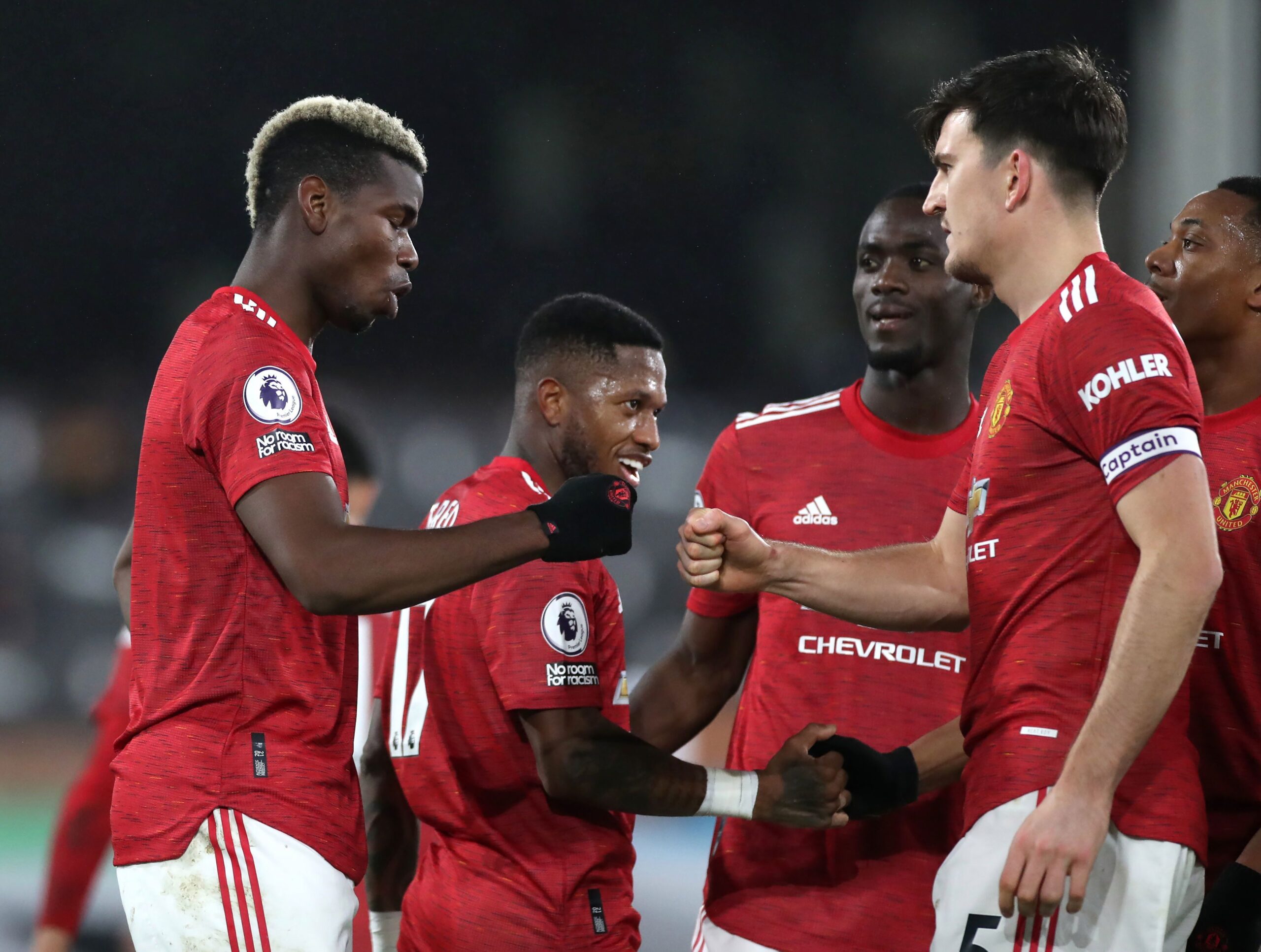 Manchester United returned to the top of the league with a 2-1 win over Fulham at Craven Cottage.

Ademola Lookman put the hosts ahead after just four minutes but a first-half equaliser from Edinson Cavani put United on their way to winning from behind once more.

Paul Pogba completed the comeback after the interval with a sublime left-footed strike halfway through the second-half.

The manager was delighted with the win, as you’d expect, but picked out United’s match-winner for special praise.

“Fantastic goal by Paul [Pogba] and we had some other chances to finish the game but of course when it is just one goal and the players they put on it is going to be like heart in your mouth,” Ole said after the game.

“He [Pogba] has really come on. He is fit, he can play in midfield and he can play wide. That is key with Paul, getting him match fit and running fit and he is at the moment. He played very well.

“We have always said Paul [Pogba] can do everything, he can play wide, play in midfield, create chances and shoot. Today we felt his position was midfield and what a goal with his left foot. He was so committed and got tackles in as well.

“Poor start but the goal they scored, we probably need because we started playing then. After we scored it was too long and too direct but second half we played better and got the win.”

The manager played down talks of a title challenge but insisted they expect to be talked about after such a good run.

“It [title challenge] is always going to be talked about when you are halfway through and top of the league but we are not thinking about this, we just have to go one game at a time. It is such an unpredictable season.

“When you win tight games, those two extra points for a win instead of a draw are vital. Let’s see where we are at the end.”

It was that man Paul Pogba on the scoresheet again but the Frenchman is not being carried away with United’s fine domestic form, insisting that there is a lot left to do this season and admitting that he took inspiration from his missed chance at Anfield.

“It’s a big win because it was a hard game. We knew it would be difficult. They press really well and stay compact. We had to come back and we needed this win and we got it,” Pogba said.

“I hit the ball well. I didn’t expect it with the left foot like this but if you don’t try, then you don’t score. It was a beautiful goal and beautiful win. It wasn’t my favourite goal ever but it was still beautiful.

“I was really mad after the Liverpool game for not scoring the chance. I maybe should’ve done better but today it went in. Most important was the win today. We did it the hard way and did it the beautiful way.

“No [didn’t know about the Manchester City result], we just knew we had to get our result. I love winning, it’s all about winning. I’m happy when we win on the pitch and angry when we lose.

“It’s the Premier League so it will be always be hard. We have to do us and that’s it.”