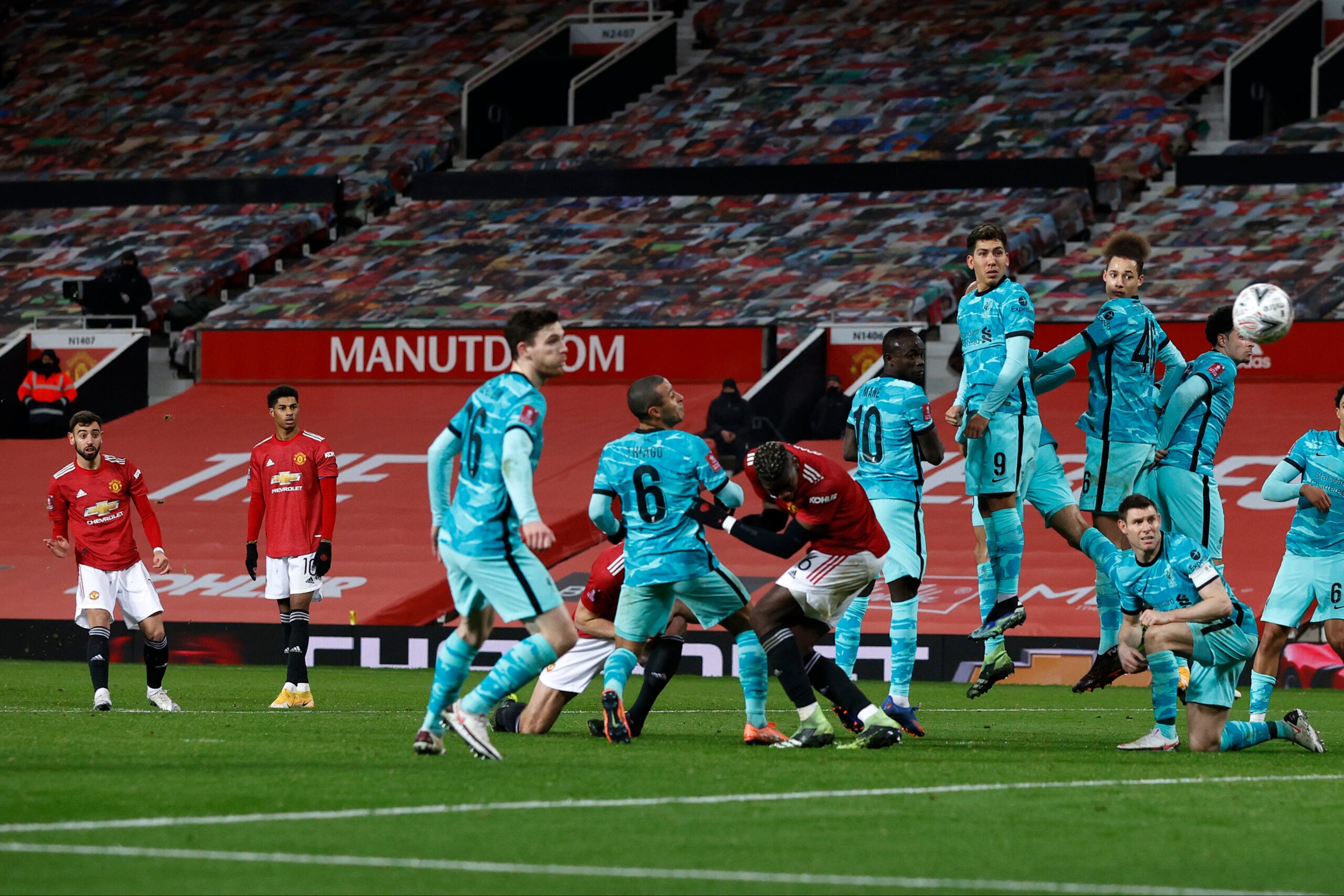 Manchester United football does not get much better than a thrilling 3-2 win under the Old Trafford light against arch rivals Liverpool — this time in the FA Cup fourth round.

Ole Gunnar Solskjaer’s United had not yet beaten Jurgen Klopp’s Liverpool prior to Sunday night. Having just gotten a valuable and encouraging draw away at Anfield in the league seven days ago, this cup tie was an opportunity for the Reds to right their wrongs and make a statement.

Coming into this one on the back of the best run of form in the country, United were almost expected to look better than last week. The areas where Liverpool can be hurt were glaring with every passing minute of the fixture on Merseyside and United had to do more in order to pounce on them. And that they did.

Arguably for the first time since Solskjaer took over at the helm, United came into the game against a ‘Big Six’ opponent and looked comfortable. There was no need to weather any storm and grow into the game, because the hosts got on the ball and wanted control from the off.

That’s a big sign of progress in itself and ultimately what Solskjaer is building towards. Being able to play on the break is a good option to have in the arsenal. But at home in particular, the expectations for United are a little different. Tonight, the team lived up to them.

After taking the game to the hosts, Reds were a little sloppy in the final third and a couple of missed Mason Greenwood half chances came back to bite in the 18th minute as a lapse in concentration between Victor Lindelof and Luke Shaw saw Mo Salah march into the United area, latching onto a nice through ball from Roberto Firmino and chipping over the onrushing Dean Henderson.

United got a rough break by conceding very much against the run of play. But credit to the team, they brushed off the error and got back to playing their way. The early signs were encouraging despite being a goal down.

The equalizer came eight minutes later through a clinical Mason Greenwood finish. A sensational diagonal ball, over the Liverpool defense, from Marcus Rashford found the 19-year-old in acres of space on the right hand side and from there, there was little doubt as to where the ball was headed next. Greenwood finished low into Alisson’s bottom corner.

It was a big confidence booster for United and Greenwood himself who hadn’t scored in just under 10 games coming into this one. The wind was soon fully back in the hosts sails as they regained control and continued to probe for the go ahead strike.

The tie was deadlocked at the break, but United went down the tunnel with all of the momentum against a shaky Liverpool back line. The Trent Alexander Arnold and Rhys Williams partnership on the right of the visitor’s defense was one to attack after the interval and it was exposed very quickly after the restart.

Greenwood turned provider three minutes into the second half as his penetrating high though ball found the path of Rashford, following a misjudgment of the ball from Williams. United’s No. 10 went on to face Alisson eye-to-eye and cooly slotted past the Brazilian into the bottom corner. Advantage United. Goal made in the academy.

The game was set for United to keep going, pile on the pressure and put their foot on Liverpool’s throat, but for some reason, Solskjaer’s side went on to do the polar opposite. The Reds sat off a little, absorbing the pressure and conceding a relatively quick equalizer instead.

A silly give away from Edinson Cavani in midfield granted Liverpool an open road to United’s, goal with numbers. Some passive defending followed and resulted in the ball dropping at Salah’s feet inside the area after a clever James Milner dummy. The Egyptian slotted past Dean Henderson to open the game right back up.

Nerves understandably followed. Both of the goals that United conceded today were caused by individual errors, as per usual. Against the smaller sides, those recurring defensive errors often don’t get punished. Against a side like Liverpool, they did.

The next fifteen minutes was a battle to regain a foothold on the game. Both teams felt like the win was there for the taking and one more goal was likely all it was going to take.

Solskjaer was proactive on the sidelines as he introduced Fred and Bruno Fernandes off the bench soon after the equalizer in order to add more energy in to the middle, as well as another potential match winner into the final third — emphasis on match winner.

There were openings on both ends of the field, but United did seem to gain an edge following Fernandes’ introduction. There was instantly more zip in the passes and the intent was to go forward and win the game in 90 minutes.

The eventual golden goal came just before the 80 minute mark. Fred ventured into the opposition half and, with his head up, found Cavani creeping on the shoulder of Fabinho. The Uruguayan cleverly set up his body in order to shield the ball when receiving the pass and as a result forced the Liverpool defender to foul and give United a free kick in a very dangerous position.

United are by no means known for their set-piece efficiency, but something about this free kick with Bruno standing over it felt like this might be the moment. An Oscar winning movie would struggle to offer up a better script; Fernandes coming off the bench after receiving some criticism for his ‘big’ game contributions in recent weeks to score a goal that would knock Liverpool out of the cup.

After sizing up a visibly nervous Alisson and a few deep breaths, Bruno stepped forward and drilled a low placed free kick into the net, goalkeeper’s side. Elation and euphoria followed. You could really see just what it means to Fernandes and his teammates. This was a big game. That was a big moment.

The last ten minutes were edgy. United had to defend with discipline and diligence. Liverpool have the personnel that can make a difference at any moment. But in the end, they didn’t. When it mattered most, the league leading Reds remained composed and ended their rivals cup run in impressive fashion.

Extremely unlucky in their cup draws, United backed up their excellent league form with a real statement of intent against Klopp’s side. Advancing into the next round to host West Ham, United didn’t just beat Liverpool — they put in a very complete performance, bar a couple of errors, and looked like scoring every time down the field.

Beating the defending champions for the first time since Solskjaer took over, a signature win like this could do wonders for an already high flying United side. The way United approached the game was another sign of progress and the result was a reward for the hard work and desire to win that these players have been showing since early November.

There is a lot to play for yet. United host Sheffield United in the league midweek. But with every game, Solskjaer’s United are daring the fans to dream more and more.