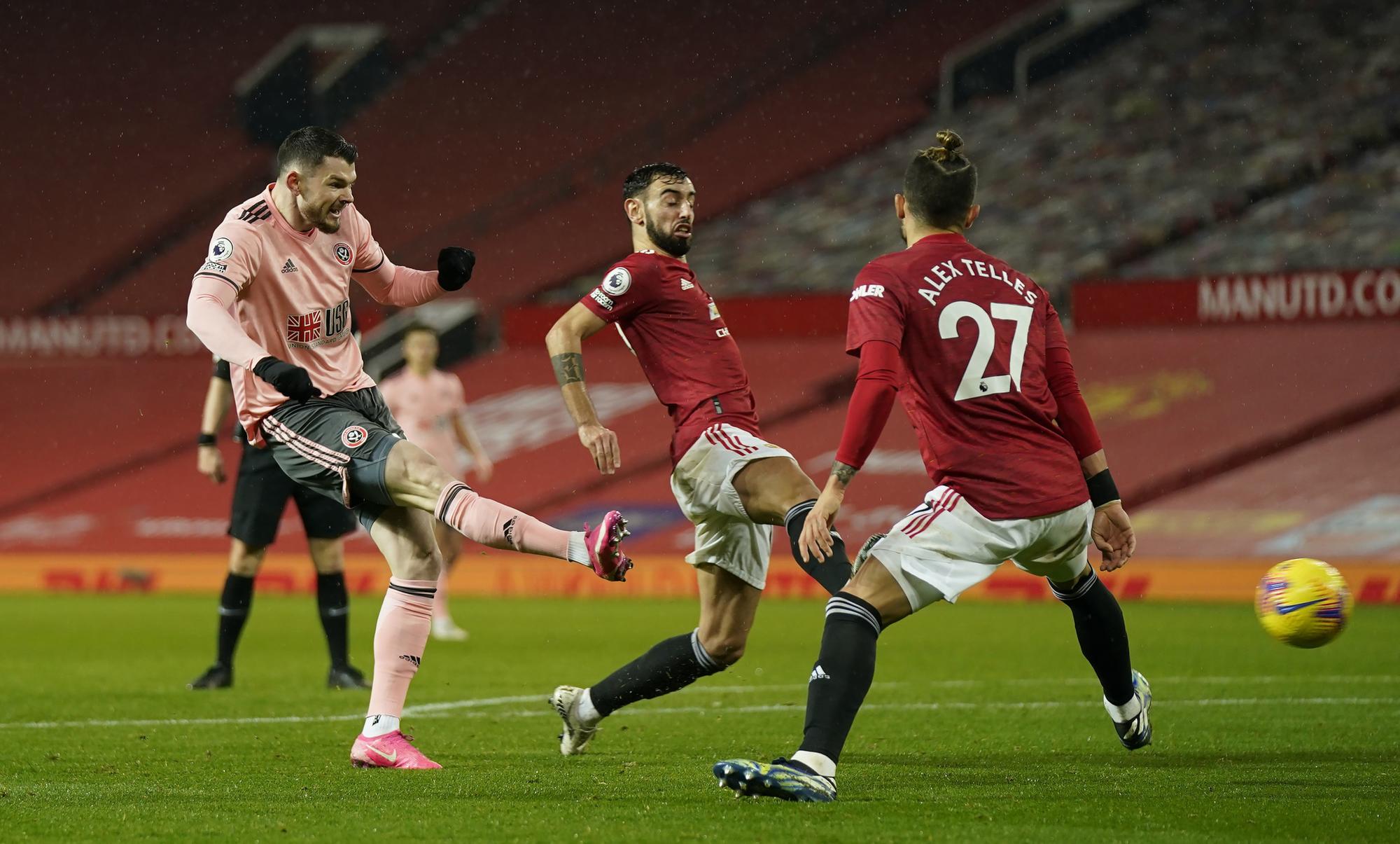 Last Sunday, Ole Gunnar Solskjaer predicted that Wednesday night’s clash against relegation candidates Sheffield United would arguably be a bigger test for his squad than any game against a Liverpool or a Manchester City. He was right.

United just dumped arch rivals Liverpool out of the FA Cup on the weekend on the back of a very good performance — perhaps their best against a ‘Big Six’ opponent since Solskjaer took over. The 3-2 win was bound to be a significant injection of confidence, but the quiet fear was that it could also allow some complacency to creep in.

Coming into this one boasting the best run of form in the country, United were dead on to win. Nobody really gave the Blades a chance. Unfortunately for the Reds, a slight sense of invincibility may have somehow squeezed through and crept into the camp at Carrington. United didn’t look up for it. Nobody wanted to run, the passes weren’t sticking — this game had ‘one of those days’ written all over it.

The Premier League is unforgiving in a way that even a team that was on track to break Derby County’s shameful record of getting relegated with the least points ever coming into Old Trafford can still turn up and punch you in the gut. Chris Wilder’s side did that. The Blades took full advantage of United’s ‘night off’ and put a blemish on what has been an impressive domestic season so far.

At this stage, it couldn’t have been too surprising to see United go behind first as a result of a woefully defended set piece. When the clock struck minute 23, John Fleck whipped in an inviting in-swinger from a corner that dropped right at the face of David de Gea’s goal. Amidst some controversy after what looked like a push in the back from Billy Sharp, the Spaniard failed to clear his lines and Kean Bryan rose the highest to nod home the opener off the post.

It was a bit of a head in hands moments as the goalscorer looked to be well covered by three United players. But in the end, the hosts couldn’t deal with yet another dead ball situation and suffered a familiar set back that has become a bit of a bad habit this season.

Set-piece defending is something that has come under a lot of scrutiny from United fans this season. It almost feels like United don’t concede any other goals. It feels like it’s always a set-piece — one that could have probably been dealt with.

Although the Reds looked well off the pace after conceding, there was not much of a sense of panic among the United faithful. They have seen this movie before. They have dug themselves out of deeper holes.

Mason Greenwood fluffed the biggest chance of the half for Solskjaer’s side as the teenager was slipped through by Bruno Fernandes late on but scuffed his right footed effort low and wide of Aaron Ramsdale’s goal.

Down at the break, United didn’t as much need a change of plan as they did an adjustment in attitude, tempo and effort. Solskjaer never stops preaching the importance of his team working harder than others — no matter where the opposition sits in the league — but the first 45 minutes on Wednesday couldn’t have been any further from that key principle.

Surprisingly, the response after the break wasn’t night and day from the opening frame — but it was better. United had all of the ball in the first half anyway, but they looked more intent on doing something with it after the interval. There was a bit more zip in the passes.

Ultimately though, the Reds couldn’t really create too many clear cut chances. The compact Sheffield United back line was a nuisance and caused United’s attackers all sorts of problems. Solskjaer’s side has improved a ton at breaking down low blocks, but demons of old came back to haunt this evening. Reds couldn’t really get a sniff of the inside of the opposition box.

Attacking set-pieces though looked quite promising all night, and it was an out-swinging Alex Telles corner that saw United draw level. A trademark, fierce cross from the Brazilian was met by the head of the onrushing skipper Harry Maguire who, through the traffic, directed the ball into the bottom corner of the visitors net.

It was the perfect time for an equalizer. A real captain’s goal at a huge moment with 25 minutes plus stoppage time still to play. All of a sudden, it was game on and United seemingly had the Blades right where they wanted them.

The equalizer visibly gave the hosts an extra spring in their step. The imminent introduction of Edinson Cavani showed that all United were interested in was the three points. There was a brief moment when it felt somewhat inevitable that they would come back to win once again.

But on the other hand, you had to feel deep down that conceding first and coming from behind is not a sustainable long-term formula and, sooner or later, it would come back to bite. Well, Wednesday was that night.

Against the run of play, United’s defensive unit committed one of the more inexplicable defensive sequence’s of play in recent memory. Anthony Martial, who had one of the poorest performances in a United shirt to date, gave the ball away just inside his own half which subsequently led the visitors to begin probing, although tentatively.

The picture on the pitch was bizarre as it looked like the Blades were kind reluctant to attack with any real intent and United were not too keen on defending either. After some awful defending down the hosts left flank, United failed to decisively clear their lines, allowing the Blades to re-enter their area with ease. This resulted in Oliver Burke receiving two twin-like chances in quick succession just inside the area. The second time was the charm.

Upon collecting the ball from a John Lundstram pass, Burke made a quick decision to fire on goal. It looked like a weak strike that shouldn’t have really troubled de Gea — only for the returning Axel Tuanzebe to stick a leg in, hoping to block, and causing a wicked deflection which saw the ball scrape the bar and bounce in.

Going down 1-2 sucked the air out of an already lifeless Theater of Dreams. It felt like that was the dagger. It was the killer blow.

United couldn’t create any more clear chances. In fact, any more is being kind as they failed to create any real big chances to trouble Ramsdale all night.

When you get used to winning, losses hurt that bit more. When you get dared to dream, every set back is crushing.

Granted, every team is allowed a bad night at the office. Seeing United’s recent run of form, a loss was coming. You can’t win all of them. But the manner of defeat was disappointing and is bound to be deflating for the players and fans. This was a bad loss.

Over the course of the season, bad losses happen — that’s football. This might prove not to be too detrimental to United’s ambitions, but it is a bitter pill to swallow nonetheless. An adequate response is now all that matters.

With a massive fixture away to Arsenal looming on Saturday, United have no time to sulk. The players have to dust themselves off and prove that this was only a mere bump in the road. There are plenty of points yet to be won and dropped at the top of the league.

With 18 games remaining, United are neither any closer or further away from their ultimate goal.