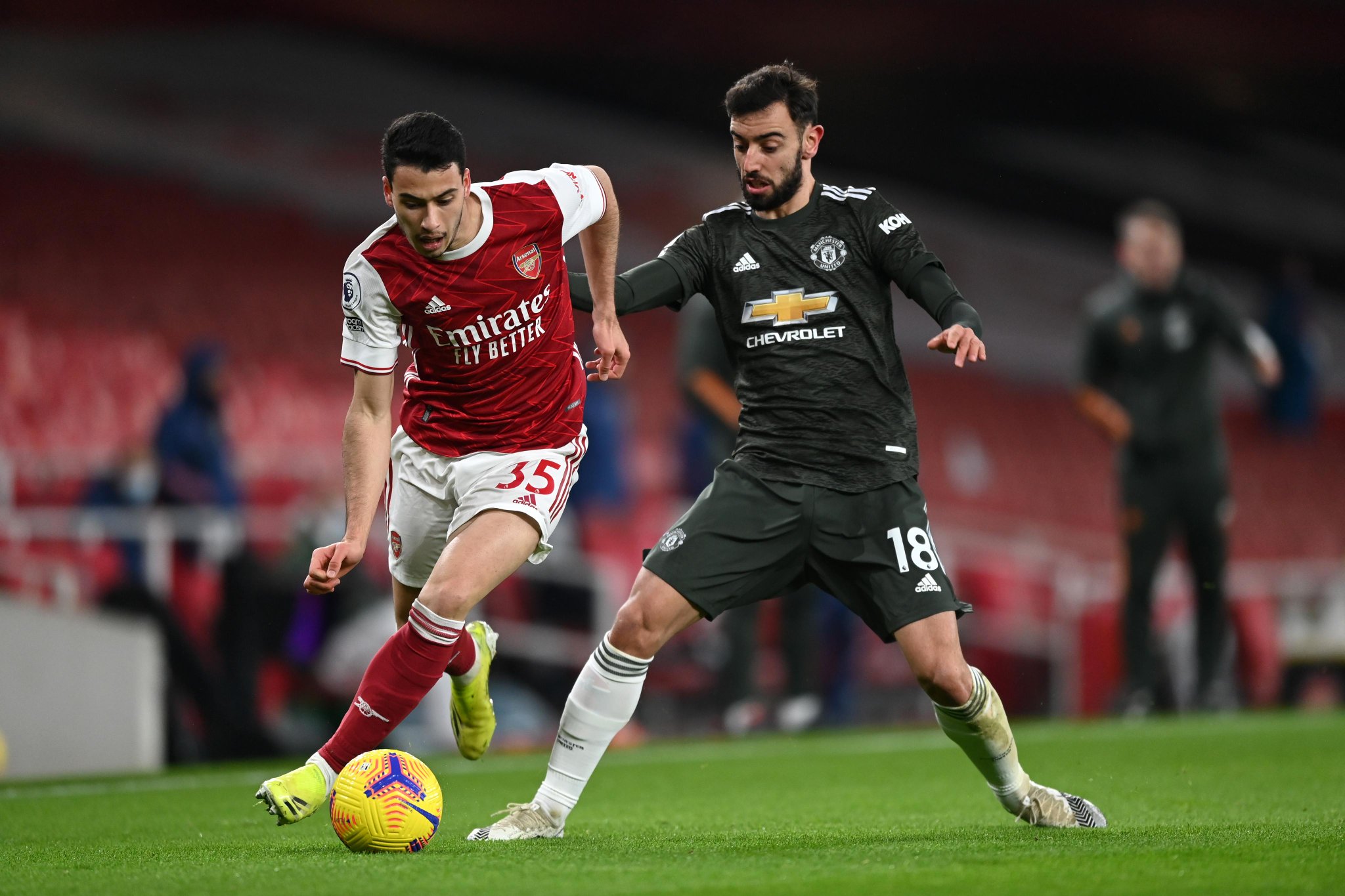 Manchester United failed to win at the Emirates for the third season running and the Reds have now left the capital with just one win in the past six seasons at Arsenal.

It was yet another stalemate with the ‘big six’ as they recorded their fourth 0-0 encounter with the traditional bigger sides.

Fred and Scott McTominay returned to side as the trusted duo replaced Paul Pogba and Nemanja Matic in the middle of the pitch. Matic dropped to bench, whilst Paul Pogba moved to left of a three-man offensive line.

Arsenal were dealt late blows prior to kick-off as Pierre-Emerick Aubameyang, Kieran Tierney and Bukayo Saka were ruled out.

Both sides were cautious at the whistle from Michael Oliver but the first-half was dominated by United. Arsenal have made it a habit to ‘park the bus’ against the bigger sides and it was no different on Saturday evening.

The first big opportunity came when a cleared corner dropped to Fred on the edge of the box – the Brazilian’s chip towards the far corner was goal-bound but for a stellar fingertip save from Bernd Leno.

It wasn’t long until the next chance for The Reds, however. Paul Pogba won the ball high up the pitch, played in Bruno Fernandes who maneuvered around David Luiz, but his shot fizzed just past the far corner.

Scott McTominay went down with what looked like a stomach issue midway through the first half. The combative midfielder tried to play it off but was replaced by Anthony Martial after 37 minutes.

Just minutes before the interval, United would get another chance to go into the break with an advantage. Once again, it was Paul Pogba who won the ball. He played it across to the overlapping Shaw, who found Marcus Rashford at the far post. Rashford, who was a bright spark in the first half, was let down by his first touch, allowing Gabriel Martinelli to close him down. The sequence resulted in a free-kick which was blocked by David Luiz.

No changes were made at the break for United and it was the hosts who started brightly. A ball played in by Cedric found it’s way to Willian who looked like he was going to score but Aaron Wan-Bissaka managed to get in the way. Shortly after, Pepe had the goal at his mercy but fired his shot straight at Maguire.

United will rue their missed chances, however. Some fine intricate play with Martial played Luke Shaw in and his cross found Edinson Cavani metres from the goal but he failed to guide the ball into the net.

It was ultimately another two points dropped for United as they let a decimated Arsenal side off the hook. With just one win from their last four games, Solskjær’s title charge is waining and his side are dropping down the table.