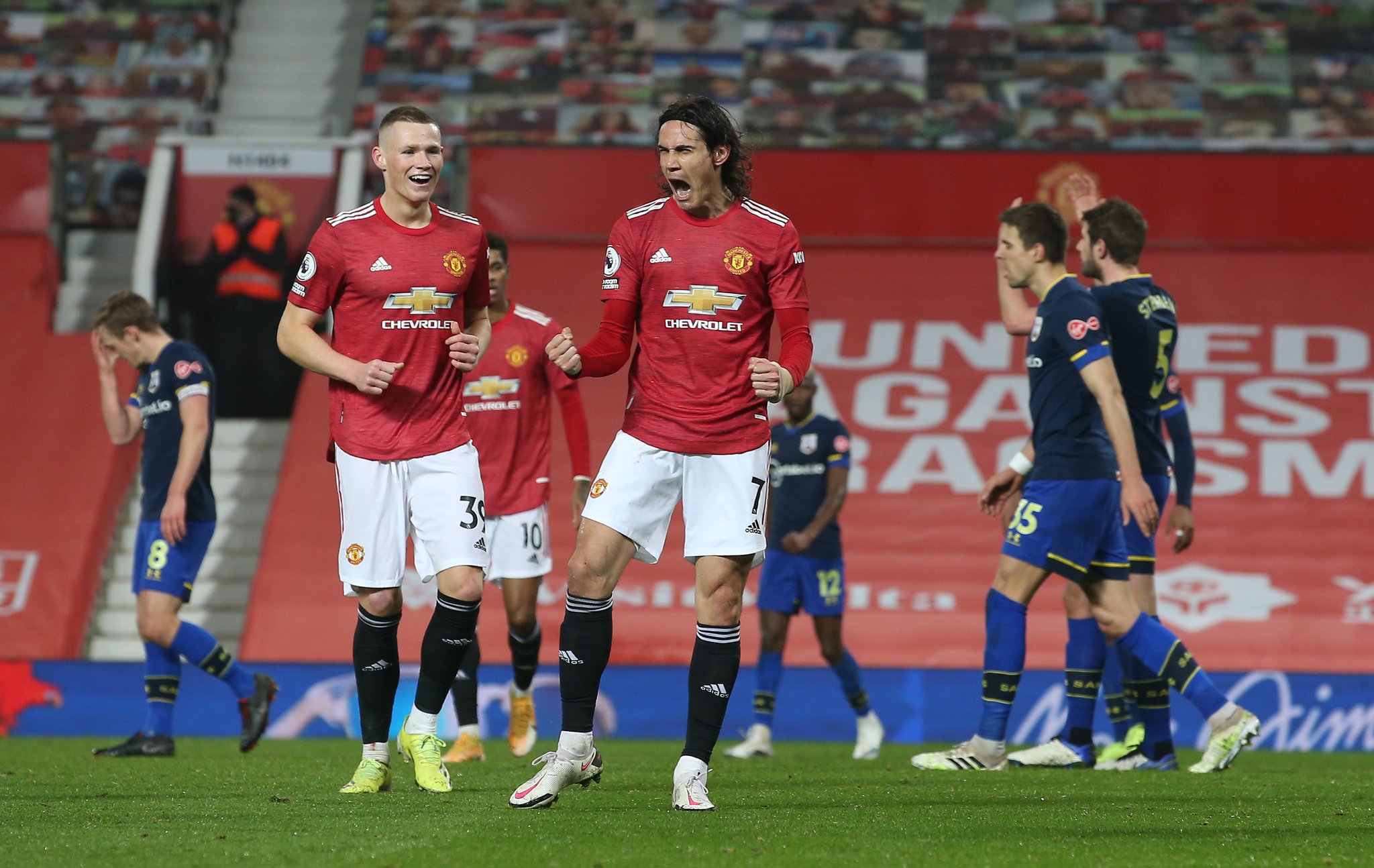 If there is a preferred way to bounce back from a bad run of form, it’s with a rampant victory. Something along the lines of 9-0. Yes, you read that right.

After a frustrating couple of weeks which included a home loss to Sheffield United and a draw away at Arsenal, United were very much in the mood on Tuesday night as they hosted the recently struggling and injury struck Southampton.

A big bounce back performance was a necessity for Ole Gunnar Solskjaer’s side as United’s attackers have all fallen into unusual scoring slumps simultaneously and team’s around them capitalized on the recently dropped points. The Reds responded in impeccable fashion.

Aided by a Saints sending off inside the opening two minutes, United turned on the style and put the visitors to the sword. There was a ruthlessness about the Reds that we hadn’t seen before. Egged on by the boss from the sidelines, they smelled blood and they always wanted more, even at 6-0 and with 10 minutes to go.

Bruno Fernandes notched up a goal and two assists and Anthony Martial scored a brace and won a penalty off the bench in a pair of two impressive performances from players that really needed them.

United cruised home, significantly trimming the goal difference between them and league leading City and all while resting a few key players in the process. Everton visit the Theater of Dreams next on Saturday.

David de Gea – 8
The Spaniard literally had nothing to do. It’s almost impossible to score his performance and it’s hard to imagine how bored and lonely he must have been as Saints had everyone behind the ball and still shipped 9 goals. Clean sheet!

Aaron Wan-Bissaka – 10
Arguably his best performance in a United shirt. Very complete. He didn’t lose any defensive duels while scoring the opening goal and recording an assist. He is visibly growing in confidence going forward.

Victor Lindelof – 9
Himself and Maguire were employed more as midfielders in this game with the Saints fully pinned back into their own half for 90 minutes. But, whenever they were needed to clean something up, they were on call.

Harry Maguire – 9
A commanding display, leading the line well and distributing the ball excellently in and out of the opposition half.

Luke Shaw – 10
Two assists in the first half and a well deserved rest at half-time, it was a flawless half of football from the English left-back who is getting better and gaining confidence with every coming game.

Scott McTominay – 10
As complete of a performance for a holding midfielder as they come. Similarly to Wan-Bissaka, he won all of his duels, had a 90% pass accuracy and added a lovely goal to top it all off.

Fred – 9
Credit to him for filling in a left-back hybrid role in the second half after Shaw went off. It was very much a night where Fred didn’t have to do a ton of dirty work and instead, he could enjoy the game and explore going forward.

Bruno Fernandes – 10
One goal and two assists and it seems like the laughable ‘bad’ run of form that Bruno was apparently on is over. A very good, controlled performance from the Portuguese midfielder and sure to be good for his confidence ahead of the weekend.

Mason Greenwood – 9
It’s a shame the 19-year-old couldn’t get on the scoresheet, but an assist and a fantastic ball which led to Bruno’s assist for United’s 9th on the night were just two things that stood out from an overall very solid performance.

Marcus Rashford – 9
A very well taken goal and a great ball in to force Bednarek into an own goal for United’s 3rd, it was a confident performance in the final third that Rashford has been needing. His decision making improved and he was able to rest on the hour mark.

Edinson Cavani – 9
Well taken goal following an excellent ball from Shaw. The Uruguayan was a nuisance for the Saints back line and did not stop bothering them with his movement until his substitution at half-time. Should be well rested for Everton.

Donny van de Beek – 8
Came on at half time and got a solid 45 minutes into the tank, causing the Saints all sorts of headaches with his movement.

Anthony Martial – 9
A very well taken brace and a won penalty late on — it was a performance that the French man needed so badly. After an overall off season so far and an especially tough few weeks, this should do him the world of good. Hopefully a turning point.

Daniel James – 8
The young Saints right-back was getting terrorized by Marcus Rashford for an hour before having to deal with the relentless Welshman for the last 30. A few bright sparks and successful take ons capped off by a well taken goal very late on.