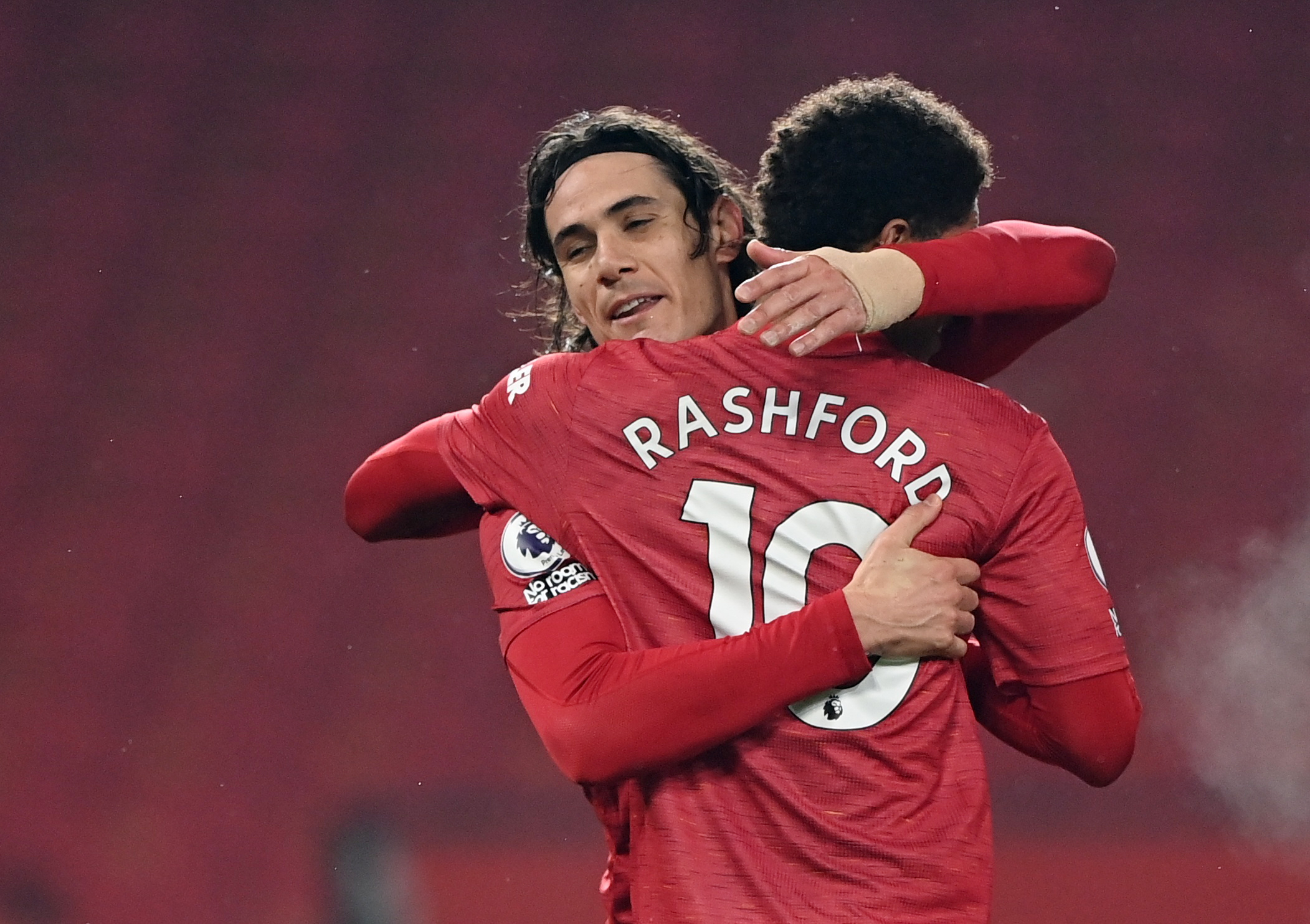 3 goals scored. 62 percent possession. And yet, Manchester United still could not come away from their Saturday night clash against Everton successful.

For around 87 minutes, it was one of the best performances of the season. Ole Gunnar Solskjaer’s side controlled the game, created chances, limited the visitors to none and were in cruise control at the break, up 2-0.

After the interval, the collapse happened. All of the good work that was put in over the first 45 minutes was undone by a catastrophic mistake from David de Gea and some woeful defending that followed and hurt United six minutes into stoppage time.

It’s unfortunate for the Reds, as moments of absolute brilliance from Marcus Rashford, Edinson Cavani and Bruno Fernandes were overshadowed by defensive deficiencies that have come back to haunt Solskjaer’s side yet again.

David de Gea – 2
He didn’t have anything to do for more or less the duration of the game and, when called upon, failed to step up. Is it time to give Dean Henderson an extended run of games in the league?

Aaron Wan-Bissaka – 6
His improvement going forward has been great to see. Once again tonight, he was solid and caused Everton all sorts of problems. But defensive decision making and struggling to hold the line let him down tonight.

Victor Lindelof – 4
A game of two halves came down to one big moment where United needed their center back duo to be commanding and see out the game and they collapsed. Inability to play in the air costly.

Harry Maguire – 5
The captain did a very good job of switching with his partner every time in order to keep Dominic Calvert-Lewin quiet but for one moment. During the final set piece, Maguire failed to hold the line and the Everton striker broke open to net the equalizer.

Luke Shaw – 6
It was another solid all around performance from the left-back but the defensive performance of the team as a whole let him down. One of the goals came from his side after some passive defending.

Scott McTominay – 5.5
The Scot couldn’t really get a handle on the midfield battle following Pogba’s exit due to injury. Scored great goal to put United up 3-2 but it wasn’t a great performance as a whole in terms of midfield control.

Paul Pogba – N/A
The Frenchman looked good and played a very disciplined 40 minutes before being forced off with a non-contact injury.

Mason Greenwood – 7
No goal contribution tonight but an excellent performance in all other aspects on and off the ball before being substituted late on. That’s when it all collapsed.

Bruno Fernandes – 7.5
The attack did its job tonight and Bruno was once again at the heart of things, pulling strings. Scored a marvelous goal to put United up two on the brink of half-time.

Marcus Rashford – 6.5
A terrific assist for Edinson Cavani for United’s opener but then a quite frustrating game marred by some poor decision making in the final third.

Edinson Cavani – 8
You couldn’t ask for much more in a center forwards performance. Scored a wonderful headed goal, linked play well and worked his socks off defensively. In the end, his teammates at the back couldn’t make it all worthwhile.

Fred – 6
A performance that wasn’t great nor bad. The base rating.

Axel Tuanzebe – N/A
The defender didn’t spend enough time on the pitch to rate his performance, but it is worth noting that his needless foul on the halfway line gave Everton the Hail Mary set-piece which resulted in the late equalizer. The 23-year-old is not having a great season.