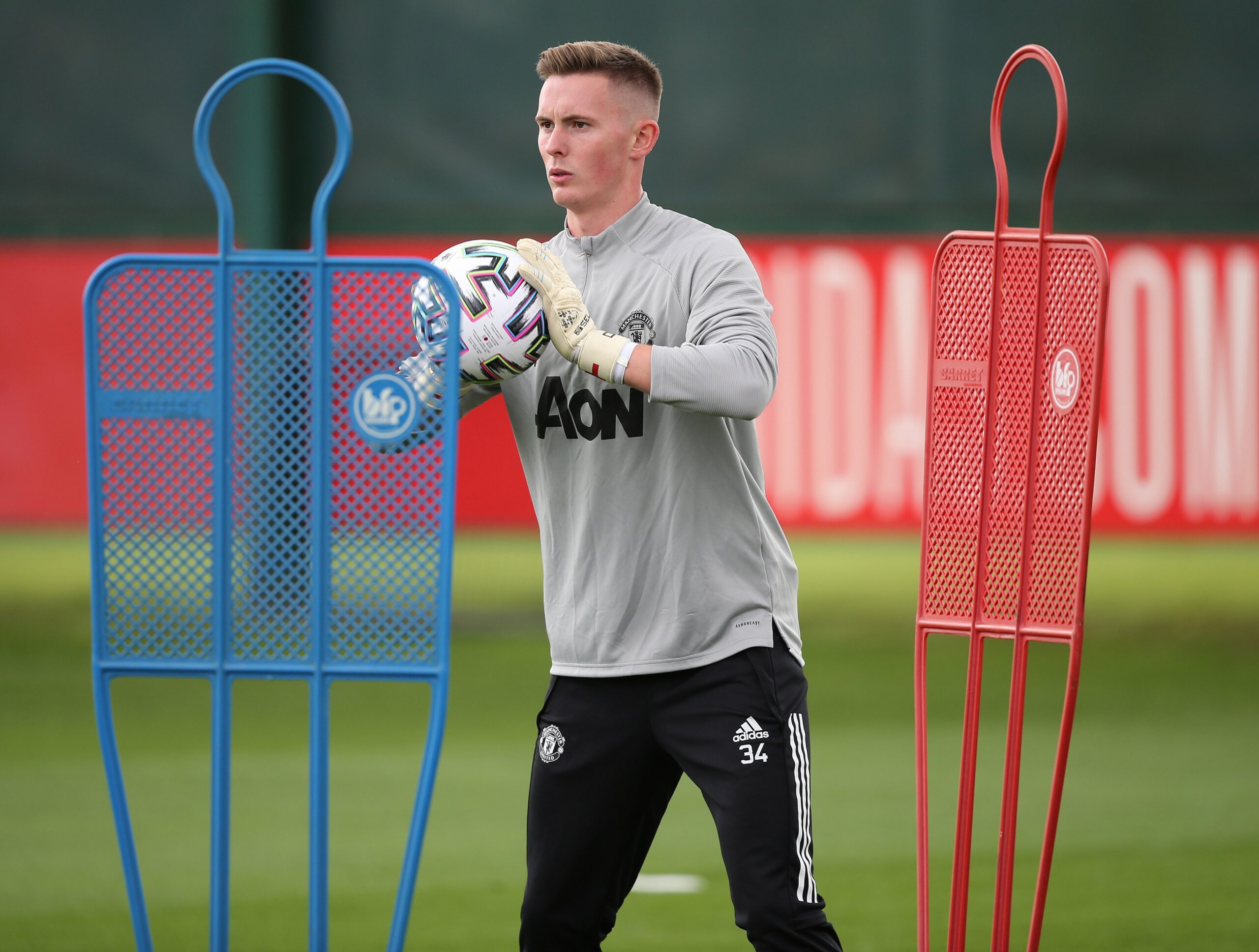 When Dean Henderson emerged as one of the Premier League’s best goalkeeper’s in his debut season in the top flight last year, a lot was beginning to be said about the future of the No. 1 shirt at Manchester United.

As fate would want it, when United embarked on the rebuild overlooked by Ole Gunnar Solskjaer and gradually started to get better, the unquestioned number one in between the sticks over the last decade in David de Gea — statistically — began to get worse.

And still, as the Spaniard’s form continued to deteriorate ever so slightly over time, he always remained a sure point in the side. A pillar. A leader.

But some shaky performances, intertwined with occasional blunders, resulted in many public discussions. Having been at the top for so long — since his teens — perhaps entering his thirties brought about a footballing decline. We have seen it happen before. Even at United, Wayne Rooney was the victim of his own early success.

Understandably though, the fans and the club refused to give up on Spain’s No. 1 — and on merit. When the club was at its lowest following Sir Alex Ferguson’s retirement, he was the one almost single handedly keeping it afloat. Without him, who knows how low United would’ve stooped. With him, the worst it got was 7th under David Moyes.

De Gea’s legend on the red side of Manchester will forever be etched in stone. But there comes a point in time when business decisions have to be made. And unfortunately, of late, it feels as though the Spaniard is losing the team more points than he is winning.

Granted, the return from loan of Henderson has at times re-elevated the level of de Gea’s performances back up to heights somewhat close to the altitude they once were at. Competition was certainly what he needed. But his numbers at this stage of the season are still low for his lofty standards.

One stat that glares brighter than all others is the one which shows the errors leading to goals. De Gea committed 6 from the start of the 2011/12 season (when he arrived) until 2017/18. That’s under one a season.

Since the start of the 2018/19 season until present — having made 21 Premier League appearances this campaign — De Gea has committed 8 errors which led to opposition goals. That’s an average of 3.2 per season, as it stands.

Whatever about worse performances now and again. Those happen, a goalkeeper is only human just like his outfield teammates. But the amount of errors de Gea has made over the last two and a half seasons in the Premier League is worrying. And like the one against Everton in the 3-3 draw last week, many of them prove to be costly.

De Gea has amassed 8 clean sheets in 21 Premier League starts this season — a number that isn’t great, but the blame for that cannot be pitted on the goalkeeper himself. Some of United’s defensive performances as a unit this season have left a lot to be desired. From being one of the best defensive sides in Europe’s top five leagues last season, United got significantly worse in that side of the game this term.

But with the collective defensive frailties aside, de Gea has looked a shadow of the goalkeeper that was once winning United games by himself in recent seasons. His presence in between the sticks doesn’t seem to demand as much respect as it once did. You used to bet on de Gea in virtually every 1 v. 1. He would instill fear in onrushing attackers. Now, most of them seem to go in. His save percentage this season is a mere 63% from 62 shots faced, as per FBRef.

On paper, de Gea could still very well be United’s long-term option. He only just turned 30 and as mentioned above, he has showed glimpses of his very best on a number of occasions this season. It’s still in him. But will that world class goalkeeper that was every striker’s nightmare for so long ever come back out on a consistent basis?

While we await the answer to that, Henderson is quietly building his case as the heir to the throne.

The young Englishman’s numbers in the Premier League last season were terrific. He was backing up his confidence and big character with big performances that led the newly promoted Sheffield United to a historic finish (9th).

Henderson looked like a ready made replacement with every coming week of football last campaign. But the problem was that de Gea was nowhere near to being done. He’s way too important to United to just give up on. There was no way United would just ship him out and he had just signed a new, bumper deal. This was bound to give the club a big dilemma.

Henderson, wanting first team football — but most of all desperate to play for his boyhood club — came back hopeful of challenging the invincible Spaniard. That in itself takes tremendous self-belief. And he too was rewarded with a new contract.

Starting his story book loan journey all the way down at Grimsby in League Two back in 2016, nobody could have predicted that Henderson would be an England international in four years time.

A stint at Shrewsbury and two excellent years with the Blades somewhat forced United’s hand in allowing Henderson to stay this season and fight for a place that everyone knew would be extremely hard to win over. Another loan just didn’t seem like the right thing to do, Henderson looks ready.

The 23-year-old has only featured in the league for United three times this season. His numbers don’t provide enough of a sample size to compare him to de Gea but last season, he was outstanding. He was doing all of the things that you’d want your goalkeeper to do. As per the official Premier League stats, Henderson notched up 16 punches, 16 high claims, 8 sweeping clearances, 1 error leading to goal — saving 75% of the shots he faced.

This season, although mostly in cups, has been more of the same. Other than one big error that led to a goal — against the Blades at Bramall Lane funnily enough — Henderson has looked solid. For someone who hasn’t been able to play regularly and pick up that invaluable match rhythm, he has been passing virtually every test.

5 clean sheets in 10 games and some very commanding, assured performances as the anchor of United’s defense. By all accounts, Henderson is very vocal and looks a lot braver than de Gea off his line. That was never the Spaniard’s game, but it doesn’t mean that credit cannot be given where it is due.

The game against West Ham in midweek came right after the Everton draw when de Gea’s performance went under a lot of scrutiny. It was a given that de Gea wasn’t going to play against the Hammers in the FA Cup, so he wasn’t dropped — but that performance certainly warranted it.

Henderson didn’t have much to do against West Ham, but he kept a clean sheet and made a lot of the easy things look just as comfortable as they needed to look. He commanded his area very well, barked out orders and made a couple of routine saves that assured his defenders.

It wasn’t a performance that yelled out ‘start me against West Brom on Sunday!’ but it was certainly one that said ‘I am here and ready for my chance.’

Solskjaer’s management style, particularly man-to-man, suggests that Henderson’s time will not come just yet. Dropping de Gea in favor of the academy graduate now, when his position is the flavor of the week in United related media debates, could do more bad than good in terms of morale within the camp.

De Gea is a big figure in the dressing room and rightly so. But Henderson may just end up forcing Solskjaer’s hand again if the Spaniard has any more costly performances.

The manager himself admitted that Henderson is not of the patient kind — he wants to play. He knows that anywhere else, he would be playing week in, week out, right now. Nobody outside of the club knows what agreement Henderson and Solskjaer have regarding his playing time, but he will not be able to prove whether he has what it takes to be United’s No. 1 on a regular basis if he doesn’t get an extended run in the side.

The timing is starting to feel right.